Hey everybody! John Jack back at it again and rolling out with the Forge Fathers Forge Lord and Steel Warriors Huscarl upgrade VERY simple painting tutorial.

I took some inspiration from the Dwemer’s style in Skyrim and really wanted to give the leaders a kind of golden monolith feel. I figure they’re the guys that have been around and seen a lot of action. They’re the ones who are given the high dollar armor that shows the respect that they have earned with their decades of service.

The Forge Lord, who in the future I will budget for an auto-cannon gear upgrade, I wanted to be an inspiring and shining example (see what I did there?) to his troops. As with all the Forge Fathers infantry I’ll be doing, I primed with the Dupli-color gray and went from there. Again I use mostly Reaper paints both old and new formulae along with Army Painter metallic and Citadel gloss washes. 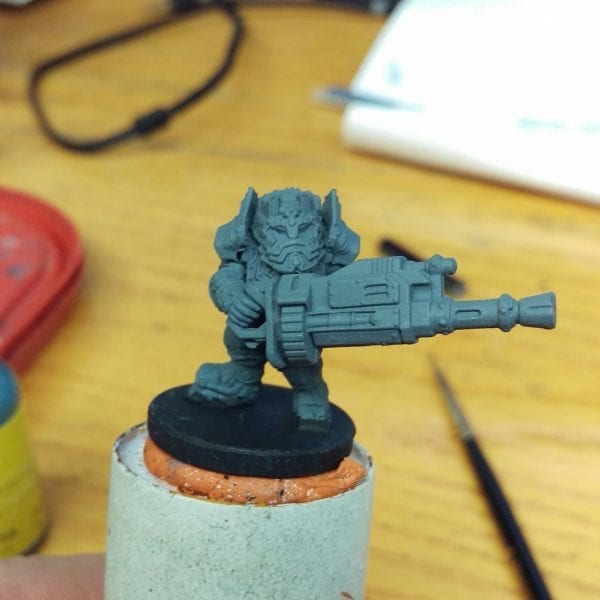 I painted the converted auto cannon and back pack equipment with Winter Blue from Reaper HD line and highlighted it with the Concrete gray along the edges. The carapace armor, helmet, boots, shoulder pads, and gauntlets were done with Saffron Sunset from their Core colors and highlighted with the Golden Yellow from the HD line. I left the under suit the primer gray because I plan on just washing that with Citadel Gloss Nuln Oil. Again, this is a quick and easy tutorial to get it assembled, get it painted, and get it on the table! 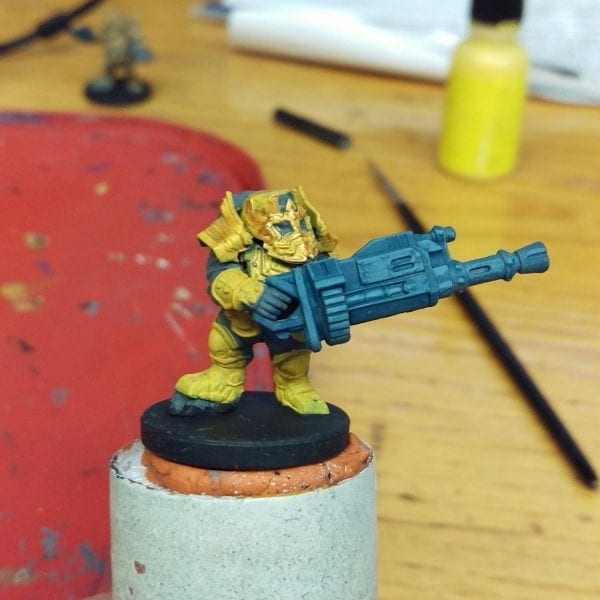 I then highlighted over the Golden Yellow with Army Painter Weapon Bronze to get some metallic glint to it. Next step I washed all the light colored parts with Citadel Gloss Reikland Fleshshade to get at the nice details that generally get lost in lighter colored parts. I also went ahead and washed the gray under suit, auto cannon and equipment pack with the Citadel Gloss Nuln Oil. 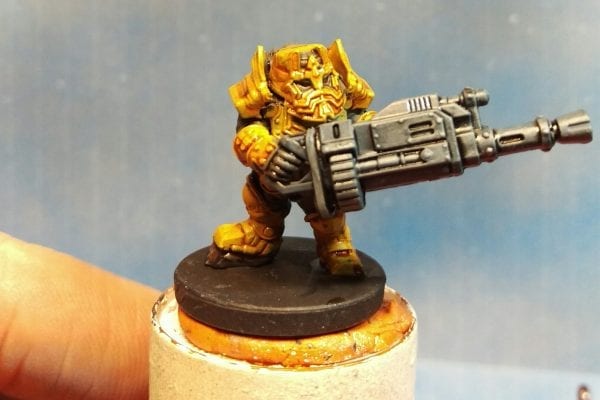 After everything was good and dry, I went back and re-did some highlights on the backpack, shoulder pads, and main helmet with Army Painter Gun metal because non-metal metallic are NOT my strong suit. Also did a little color in the helmet lenses with the Reaper Light Blue. SO TEENY! 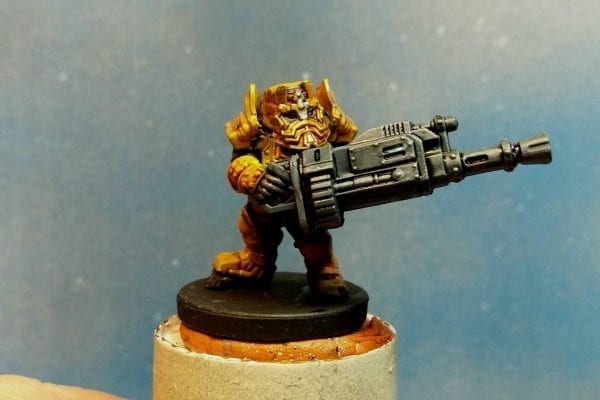 For the Steel Warriors Huscarl upgrade, I followed exactly the same process except I didn’t highlight the armor with the metallic bronze and silver. I figure this guy is more of a career sergeant and probably has enough scuffs on his armor it just doesn’t have the sheen that the Forge Lord has. Besides, you can’t hire good armor polishers on a NCO’s pay, right? 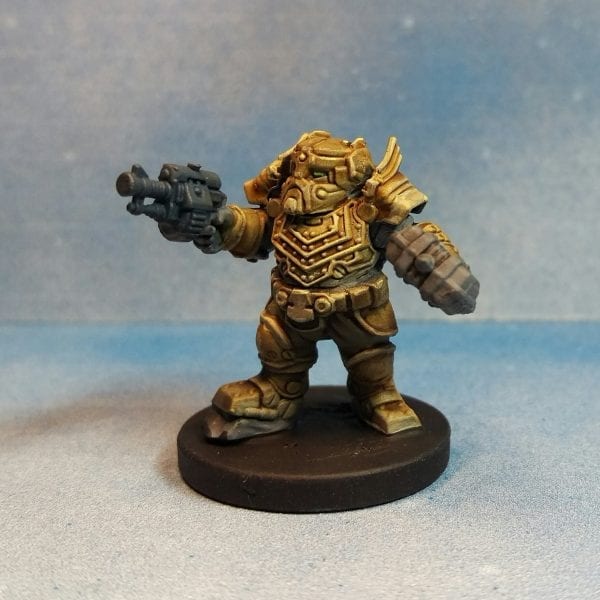 Next time, I’ll be checking out the Valkyr bikes and the Jotunn Heavy weapons platform. Who doesn’t love speedy Forge Fathers and raining death from across the table?