So here we are again for the next installment of Road to Firefight.  This time around I finished the Commando Captain and Mercenary Warlord.

Let’s start with the Commando Captain.  Being a Commando himself I went the standard gray uniform that I painted on my main Commando units.  As a reminder, the base color for the uniform was Vallejo Basalt Gray with the next layer being Vallejo Stonewall Gray and then highlighted with a 50/50 mix of Stonewall Gray and Vallejo Ghost Gray.

For the most part these two paint schemes play throughout the whole army. 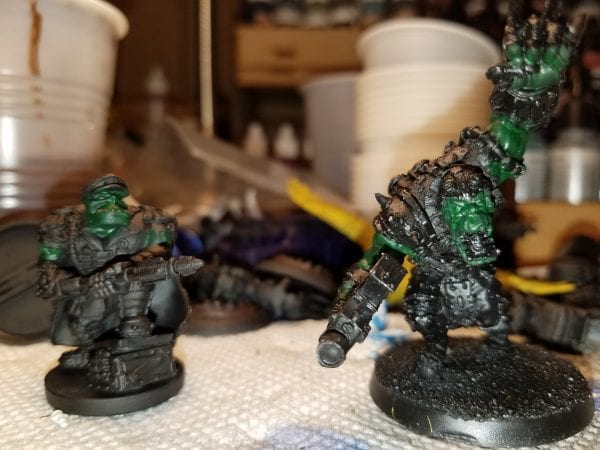 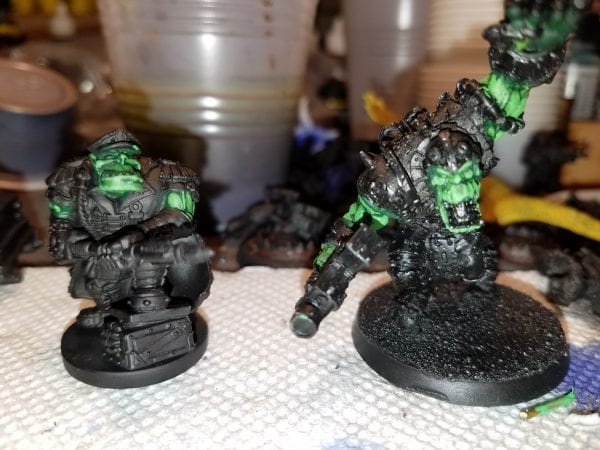 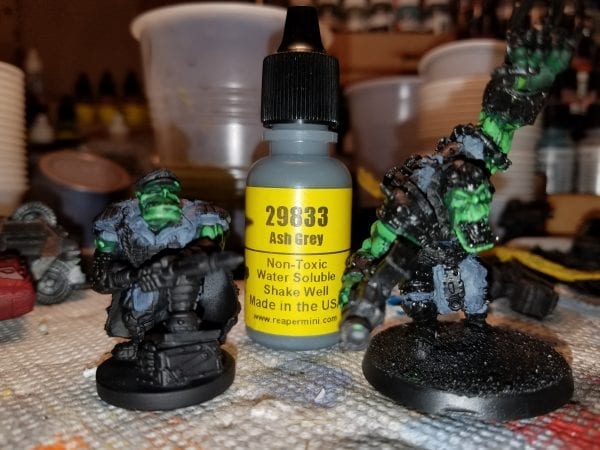 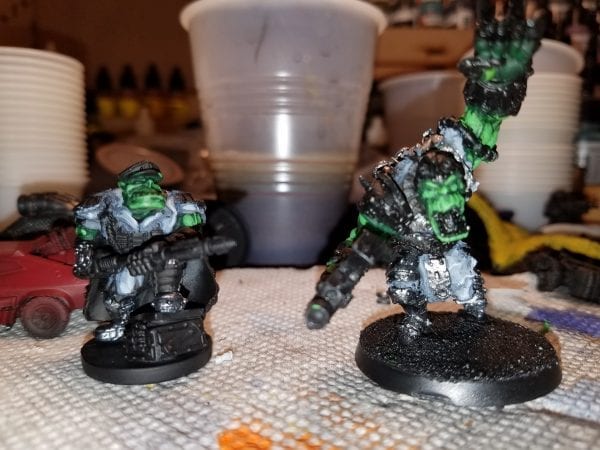 Now being the Captain of an organized fighting force, I wanted to give him a commanding look so to compliment the gray uniform I went with a black cape, hat and gloves.  Now highlight black is a tricky thing but I learned a nice little trick from a good friend.  What you do is take a light gray, I used Vallejo Stonewall Gray, and paint the high folds of the cape with it.  Don’t dry brush, really paint it on. It will look weird at first but we’re not finished.  I think take a white and highlight the folds a bit more.  Now to dull all that down, I take Secret Weapon Armor Wash and I paint the whole cape in the armor wash and when dry it will really tone down the grays and whites.

After all that I painted up all the tassels and ceremonial ropes I used Reaper Master Series paints.  The base I used Mustard Yellow with the next layer Golden Yellow and highlighted with Pale Saffron.

The boots I wanted to go a bit hard core so I decided to make them metal.  For that I based them in Vallejo Gunmetal.  Next I put Secret Weapon Armor Wash lightly over the deep spots and creases in the boots.  Once dry I highlighted with Vallejo Chainmail Silver. 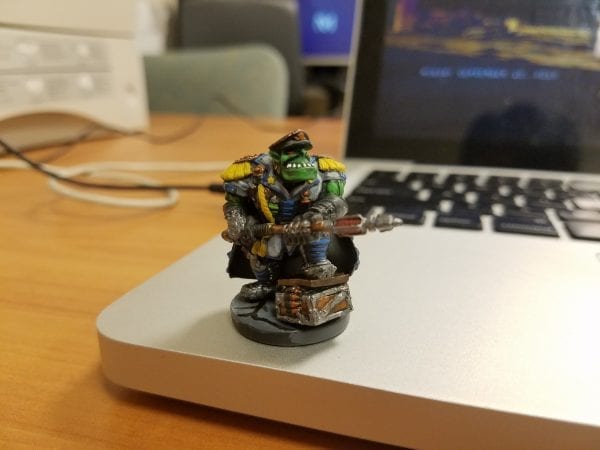 Next I worked on the Mercenary Warlord.  Now this is a huge of metal that could kill a small animal if you threw it at it.

So for this beasty, I did the standard ork skin and commando uniform gray scheme.  Straps and there are a ton of them, I followed my pouches and straps scheme.

Since this guys is mostly armed with plates and such, I pretty much scattered my metal scheme throughout the model. 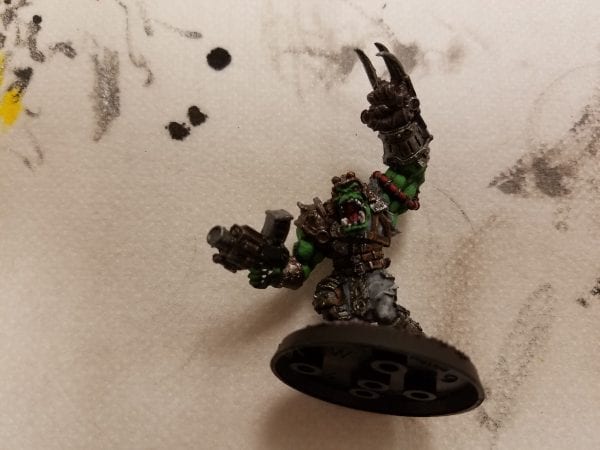 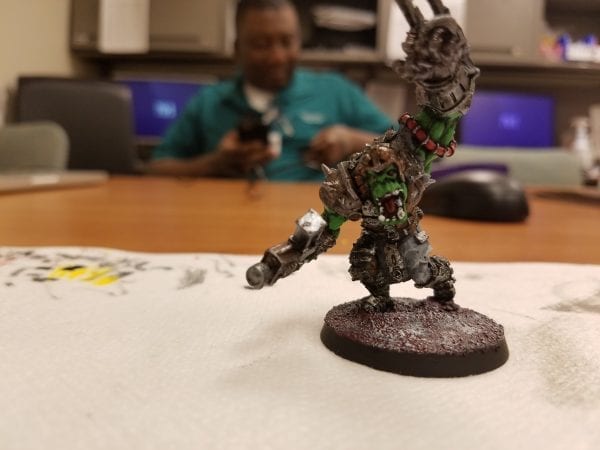 We’re nearing the end of the list so see you next time where I’ll be finishing off the army with a Stuntbot and a Hulk!  You wouldn’t like him when he’s angry…..