Greetings Mantic fans, Kirsten from resin casting back for another blog post.

I’ve been busy painting these last six weeks and even had my very first game of Kings of War.  Now, any such claims as to the result made by people such as Sunny are entirely fabricated.  Don’t be taken in by him.  Should video evidence emerge, he probably faked it. 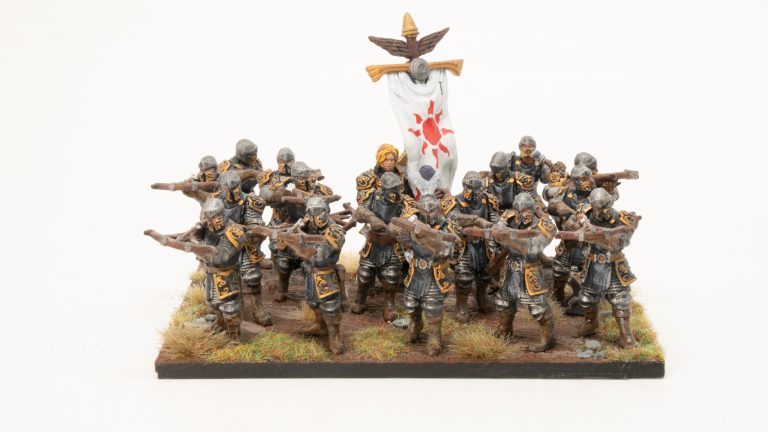 Anyway, moving on.  So far I have painted two regiments of crossbowmen, one regiment of spearmen, two heavy arbalests, an Abbess, a troop of sisterhood, and a troop of sisterhood scouts.  This is honestly far more models than I’ve painted in a long time, so I am pretty pleased with that result.  After the first game, I’ve since decided that crossbowmen aren’t really what I want from the army, and am planning to turn one regiment in to more spearmen, and rebase them all in to a spearmen horde.  The second crossbow regiment will be split in to two troop units. 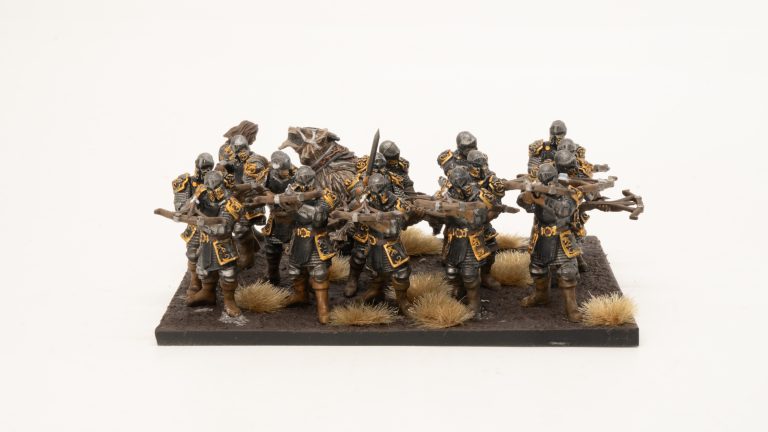 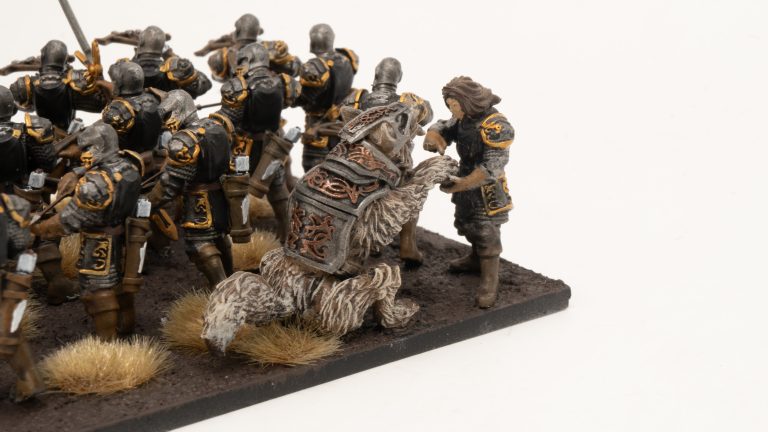 Ed’s note – not sure what is happening here but we love it.

This is not in any way related to the game, or what may or may not have happened in said game…

Having painted so many men at arms and sisterhood, I’ve actually taken a breather and painted a Frost Giant as something of a palette cleanser.  This is also nothing to do with the game I had. 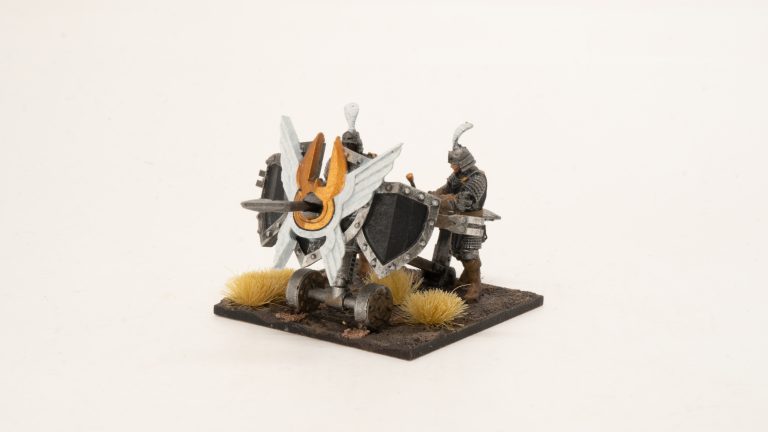 Looking ahead for the Basileans though, I’ve got three Elohi to paint, an ogre palace guard horde, along with a dictator and war wizard.  Plus the aforementioned men at arms changes.  After that, I’ve got my pre-order in for the two player starter set, as I want to do both a Northern Alliance and Nightstalkers army (both were taken when I chose at the start of this challenge).  It’s fair to say that I’ve been bitten by the Kings of War bug, even with a crushing defeat to ogres.

I have learned a lot though, and seeing two armies line up fully painted on a fantastic table is tremendously rewarding and has really motivated me to keep going.  Momentum is not going to slow down once this challenge is over.

See you on the gaming table and remember, “Ogres do good combat”. Oh, and before I go, I understand it’s tradition to have a little sneak peek at a unit in Third Edition. Well, seeing as I’ve got one painted up, here’s the Heavy Arbalest. 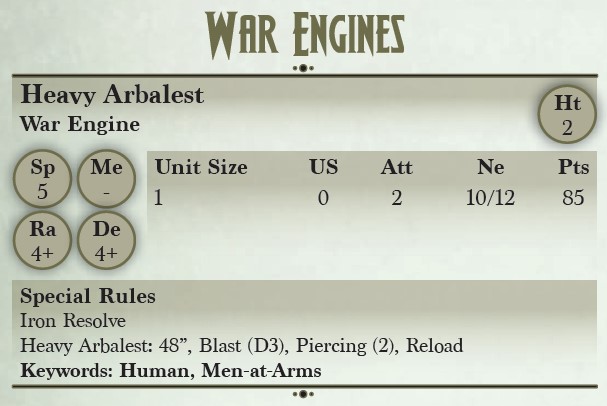