Ronnie talks about the future of Kings of War and Vanguard!

It was a surprise when it happened – you know back in the summer of 2015 when overnight Kings of War went from the fringe to the de facto go-to mass battle rank and flank fantasy wargame. 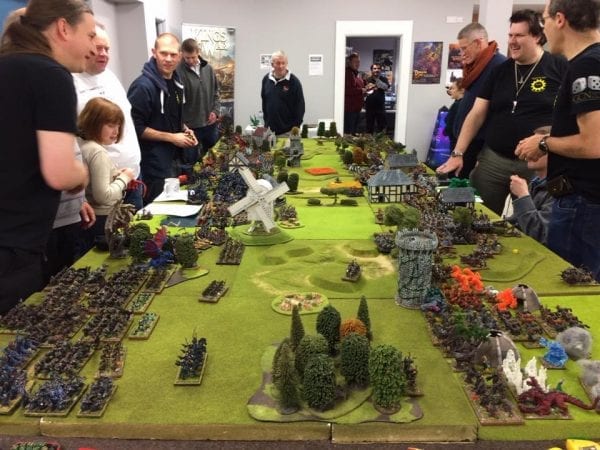 Wow – now the pressure was on. Firstly it had to survive heaps of new players coming at the game with high expectations. They were used to a global system that had been around for decades, with heaps of gameplay and well developed fluff!

In those months when lots of gamers were trying out the free KoW rules, or picking up the second edition book (3 reprints!) many were playing a Mantic game for the first time, and many that tried it loved the clean unambiguous rules and balanced play. Our tournament scene went from a few regular faces, to some of the biggest events in the world, and large parts of the USA (you know who you are!) along with big sections of OZ, NZ and the UK decamped wholesale to KoW.

We wanted to welcome our new found friends and the Rules Committee jumped into making a book that allowed people with existing fantasy armies an easy way to use them in KoW – until they had time to build their own KoW army with Mantic models, of course 😉 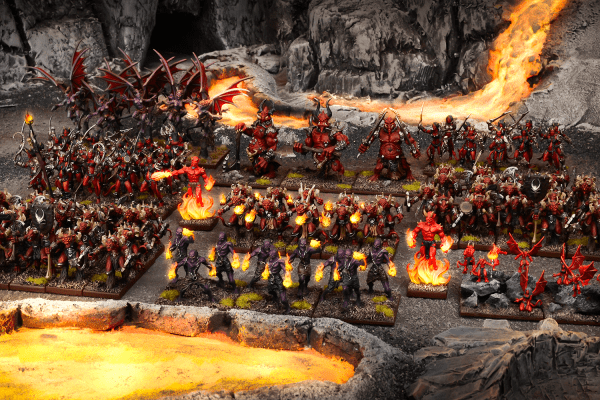 On the back of that we released a couple of new armies in plastic – Forces of Nature and the Abyssals, and a few conversion armies too. We started back-filling many of the empty unit entries in the list with models, and started to bring out some amazing resin kits. That resulted in us establishing our own in-house resin facility in January this year (and if you get the chance for the tour, I’d wholeheartedly recommend it).

Oh, and the RC managed to make a few books too (boy have those guys been working tirelessly the last 2 years – thank you once more for all your efforts on the game). They did KoW Historical – a Mantic approach to ancient battles, so it’s great fun and is over in a couple of hours! They did the fantastic Clash of Kings book, to help organised play and keep the rules fresh. They have also worked on new units/formations for The Edge of the Abyss, and our errata and FAQ – which is an ongoing task once a game hits a global audience.

And then we had our summer campaign – hundreds of battles fought all over the world – deciding the next step in the story, and another huge effort from our ‘massive’ marketing team (that’s 2 people – Rob and Dave). This coincided with loads of games played over the last couple of months and ended in conjunction with the International Campaign Day – another US invention that saw people playing KoW for a full 24 hours.

So it’s been a busy couple of years. I’ll freely admit there are things that we could have been done better, but for a small team of staff, and some hugely committed and dedicated volunteers – both RC and Pathfinders – KoW has slugged it out amongst the best of them. 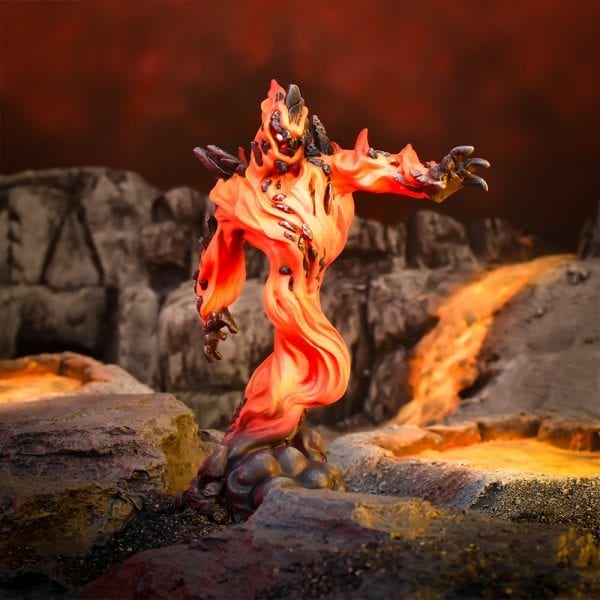 And the future? We are just planning out the releases for the next cycle of KoW as I type. We need some new units to keep the army lists fresh, but we still want to continue to back-fill the missing existing units. And I think an all-new plastic army would be nice some time soon, don’t you?

We’ve also been working on a beautiful source book – to give the world the backstory and fluff that it deserves, and it’s something everyone has been asking for. It is currently in layout and then we need to decide how to release it – and in what format.

However, I believe new blood is always needed to keep a system strong and growing – and we all know how much effort (and money) goes into learning a new game and building an army for it. For example, my Dwarfs are nearly at 2,000 points and I’ve only been working on those for the last 2 years… but in my defence I do keep getting distracted!

I also think the best way to learn about a fantasy setting is to play games set in it. The game inspires us to dig deeper – to develop our play-style and evolve our force lists.

I’ve spoken for many years about a skirmish game for Kings of War – to act as an easy entry point, and to start an army by the stealth route (before I knew it Deadzone had me a long way to a Warpath army as I kept adding members to my squad).

But I wanted the skirmish game to be set within, alongside, and amongst the battles and wars of Mantica. I recently visited the battlefield of Waterloo – and enjoyed seeing the 3 or 4 battles that happened in the days running up the big bash! The attempts to split the enemy’s force, and interfere with their supply routes. Kings of War: Vanguard seeks to recreate just that. Your best lieutenant takes his trusted band of brothers, heavies and hard bitten warriors to a man (or dwarf) to forage deep behind enemy lines, and come back with their battle plans, their gunpowder or perhaps a princess or two!

The game will feature scenarios that challenge your warband to achieve interesting tactical missions – and these can be played as both one-off games themselves or be the lead up to a big KoW game – and if you lose the battle to protect your gunpowder supplies then you might get less war machines in the big battle! The game will also come with a detailed warband experience and progression system so you can play a long-running campaign of games and watch your characters and Vanguard Company grow and evolve. Very exciting stuff! 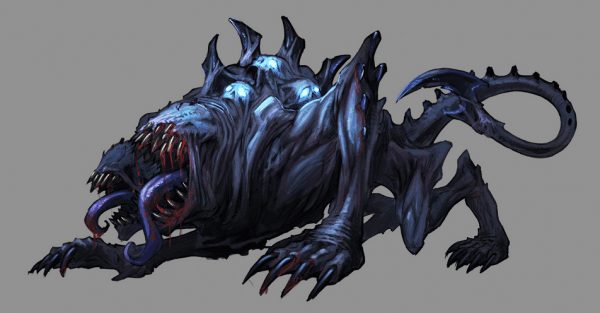 Oh, and all the models are going to be unique and fantastic sculpts – so as well as Vanguard you can use them as heroes or unit commanders in your KoW army too!

We hope Vanguard will excite and delight our existing gamers – it’ll allow us to get new figures and units out for the existing armies, plus get all the lapsed generals dipping back into KoW. What’s more, it might also recruit a whole new batch of players to pick it up because it is a low figure count/quick to play skirmish game – and by doing that we’ll introduce a whole new group to the joys of KoW.

p.s. did anyone else see that shadow lurking over there? I wonder if Sister Aurelia has anything to report?

p.p.s. – oh there might be some scenery in Vanguard too, and a gi…