Ronnie on what’s coming up for The Walking Dead…

Kicking off our latest Walking Dead Week, Ronnie is here to talk about the future of All Out War.

When we first thought there was a chance we would get a license to make a game based on The Walking Dead we had a lot of conversations about what type of game we should make. Should we do a simple board game to bring the game to as wide an audience as possible? Or should we develop a more open-ended skirmish game, so fans were free to recreate all the adventures of Rick and his crowd – and to see if they could do any better?

We also wanted to make sure that everyone got a chance to see their favourite character come to life – and no board game would ever do that – because the comic’s story lines cover so many different and interesting episodes. 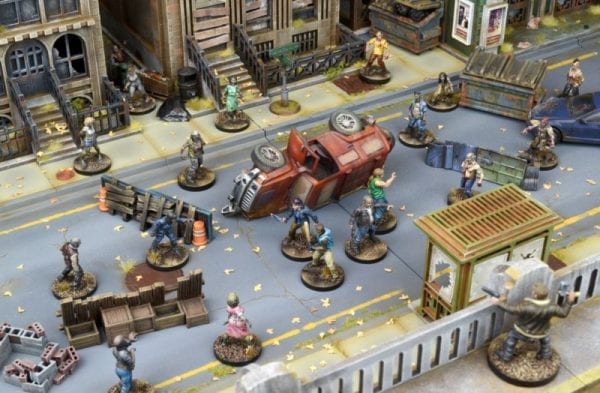 The game we made got a fantastic response on Kickstarter, and that helped us develop the story all the way up to Alexandria. We have Rick finding his family outside Atlanta, heading to the Greene Family Farm, and then on to the Prison; and just recently we saw Rick and The Governor going head to head in Woodbury. Throughout these releases we had consciously decided to make new products available via local gaming stores. This supported those stores and kept the range fresh and interesting for backers – as there was something new to add to their collection post Kickstarter.

The great thing about having had a year to see the range come out, and see how people are playing it, means we can now shape the future releases to develop what we have already. We can also make the game more interesting to a wider audience, while also doubling down on the bits gamers love. We also want to make sure our games have a life long after Kickstarter so we can continue to support gaming stores. Walking Dead is definitely one of those games – it has already sold more than 3 times as many copies via retail as it did on Kickstarter – and the show exclusives, resin master sets and retail specials all keep on rolling to keep excitement high.

My feeling is that once Rick gets to Alexandria the story changes from a wandering group fending off attacks from Walkers, to one where they are defending and fighting for their homestead, their values and their beliefs. We want to mirror this change in the story by scaling up the game. It’s no longer about those small supply runs into the Atlanta suburbs. It’s more about large skirmishes with other groups of survivors that are tooled up with all the weapons and supplies they have found. All Out War is finally becoming all out war! 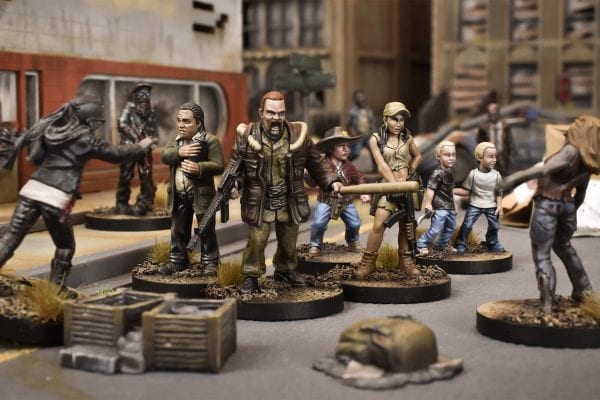 However, before that we are going to release the Hunters – these were the last (and particularly horrible) group Rick met before finding Alexandria. At the same tiem he also met some of the big stars of the story, including a certain red-headed tough guy and his party of travellers. Watch out for the last narrative expansion Fear the Hunters in September. This latest expansion, combined with the previous expansions, not only walk you through the whole of Rick’s storyline up to meeting Negan, but they also introduce new and more in-depth ways to play. These can be something simple, like new scenarios, or more complex elements, like character creation. Fear the Hunters is totally different again. It introduces map-based, inter-linked campaigns and even a map to track your progress. This means each week you can head to your local gaming club and track the progress of your gang.

And, of course, after dealing with the Hunters, Rick and co. then go on to start an All Out War with you know who!

So next year we are going to release a full large-scale skirmish rules set, to really allow you to min/max those army list combos and go super hardcore on your enemy. These encounters will be a bitter fight to the death to see who will be the biggest and best leader in the world of Walking Dead. We will be getting beta rules out for this before release – so we can ensure it’s balanced and competitive, plus we’ll get your feedback ahead of a massive online campaign in 2019 that incorporates the new skirmish rules.

And last, but by no means least, we have a board game for a certain anti-hero as he and his Lieutenants look to find some sanctuary (see what I did there!). But as you’d expect from a mash-up between Skybound and Mantic, the game play has a real big twist – and one I think you are going to LOVE! I’ll stake my reputation on it… 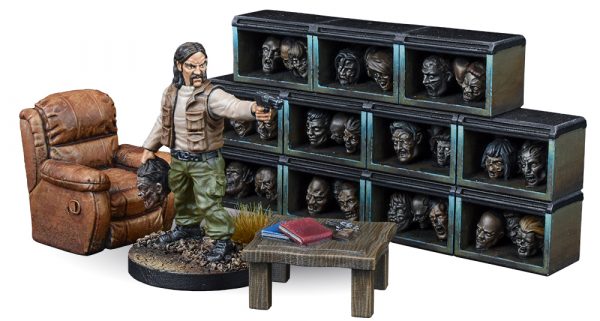 Watch out all this week on the blog for more info on all things Walking Dead – with Wave 5, our big boxed game announcement and a very special and very limited edition set to make your Governors collection come to life!

Best wishes, I hope to see some of you at Mantic Night at Gencon, or some other event in the next few months.