“Salute Twenty Eighteen, run by The South London Warlords, is the biggest independent one-day wargaming and gaming event in the UK. [Their] aim is to promote the very best in the hobby. Held at ExCel London, there will be traders from all across the hobby along with plenty of demonstration and participation games to see and take part in.” – SALUTE 2018

Our blogs this week have covered what Mantic are doing at SALUTE 2018, the UKs largest one-day table-top gaming event. In this evening’s entry – the final blog – we are looking at an exceptional offer at Mantic Games Stand TH04. 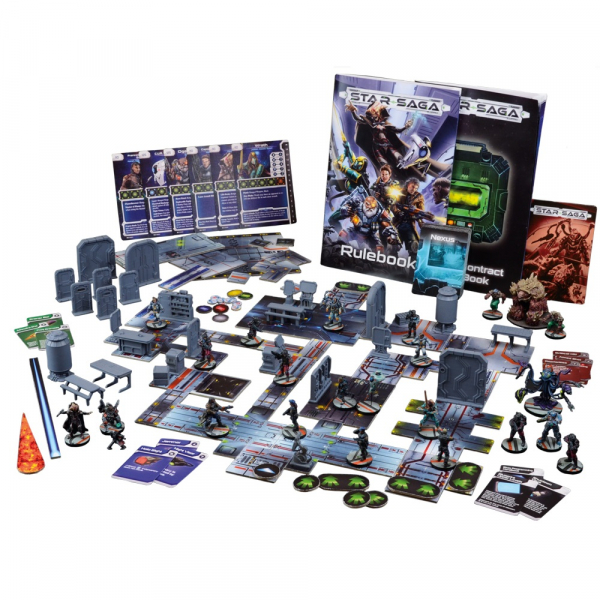 We love this game and want you to experience it. A series of terrific expansions have been scheduled, and with the core set – The Eiras Contract – you’re all set!

I fact, we love it so much that in the office we put together a Top 5 Reasons To Get Into Star Saga:

To kick off this series of expansions, there are four exciting add-ons to this game coming in the near future. Below we present some teaser details for two of them: The Terror in the Deep Expansion, and the Nameless Goliath. 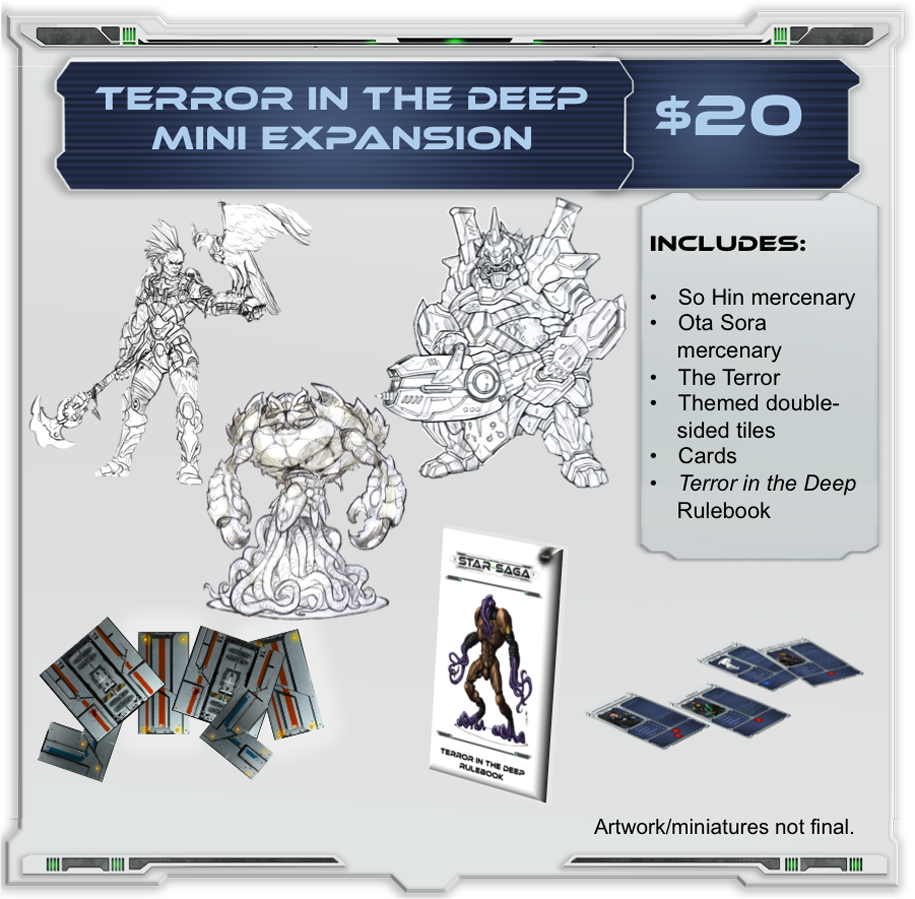 Cover art for the “Terror in The Deep” expansion

The Terror in the Deep Expansion

This is a new narrative expansion containing a brace of new Mercenaries and – importantly – new adversaries. How new? Well, it’s the Nameless – and these aliens will be breaking out across the Warpath Universe this Summer.

Let’s take a look at a snippet of the backdrop to this mysterious Race and the expansion:

The once peaceful Nameless are leaving their home worlds and expanding further into GCPS space. Their distinctive ships have been spotted on abandoned trade routes before quickly disappearing into slip space. Seemingly random attacks on GCPS monitoring posts are taking place throughout the galaxy.

Now the Council has received information that a group of Nameless has settled on a planet on the edge of Corporation space, building a hi-tech biosphere deep beneath the ocean. Blaine and his team of mercenaries have been hired to find out why the Nameless are making these incursions into GCPS space, while also stealing any samples of the arcane technology used by these mysterious beings. But heading underwater, into the natural environment of the Nameless, could prove to be their most dangerous mission yet… 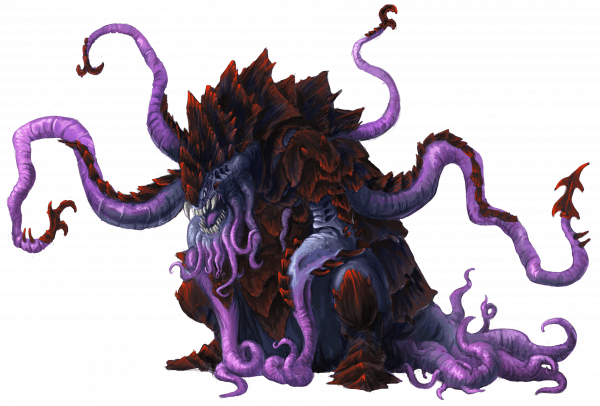 The model for the Goliath is bigger than your fist and comes assembled!

As we are introducing models for a new Faction that could be used in, say, Deadzone, then it would be remiss if we didn’t take the opportunity to create something truly monstrous to go with them. Enter the Goliath:

Towering over its multitudinous cousins, the Goliath is equally capable of tearing through bulkheads or crushing power-armoured Enforcers. It is only employed as a last resort by aggressive Nameless factions, as they fear it as much as their foes do.

Contents: 1 Plastic Nameless Goliath and Two Extra Scenarios for The Terror in the Deep Expansion. Supplied assembled and unpainted

This pack compliments The Terror in the Deep Expansion perfectly as it contains not only a Nameless monstrosity, but also two scenarios to add to your play through of said expansion!

That’s us signing off on the blogs for this week – we’ll see you at Stand TH04 on Saturday!