Star Saga is almost upon us, and I’m sure a lot of you are keen to know how it plays. So, I’m here to run you through how it works, how it compares to Dungeon Saga, and where we’re going to take it in the future… See what I did there? 😉 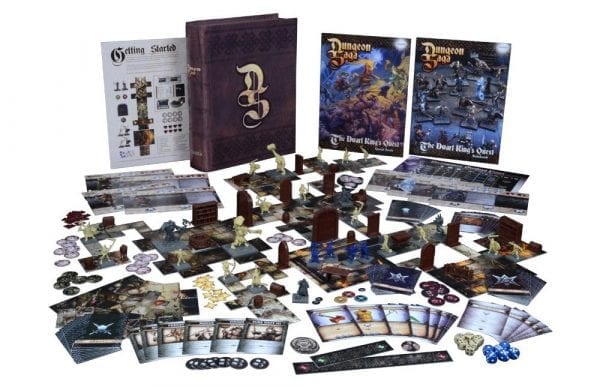 Back in 2015, we launched Dungeon Saga, and it fast became our most successful game to date. It scratched that dungeon crawling itch while using a set of simple, accessible rules. Whether you’re a long-time veteran or a parent looking for your kids’ first foray into gaming, the Dungeon Saga core set is able to deliver.

Of course, there’s more to dungeon crawling than just one story, however exciting the characters and their exploits may be. These board games are an entry point to role-playing – a chance to tell your own stories through a structured set of rules. To take Dungeon Saga to the next level, we created the Adventurer’s Companion. This is a collection of all the things a player might want to do over and above the core game; a sandbox for gamers to create their own stories. 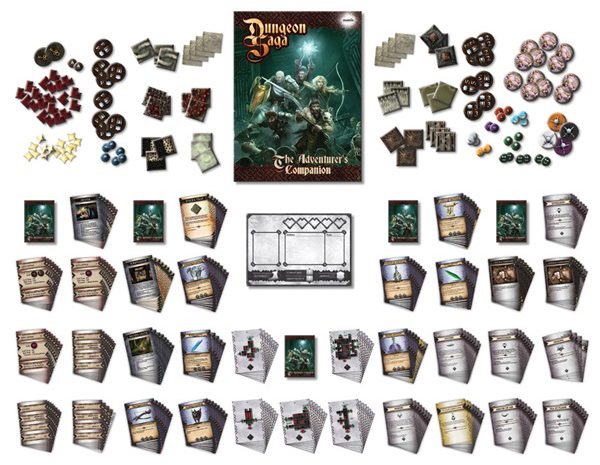 In hindsight, we admit that the Adventurer’s Companion wasn’t quite the product we wanted it to be. The intentions were right, but the execution wasn’t up to standard. We were taken by surprise by the huge wish-list that came our way when Dungeon Saga went live on Kickstarter, and we ended up trying to please everyone with more than the game was ever intended to handle. Without having the full details of the rules at the time, we mistakenly left our loyal customers with an assumption that we failed to live up to.

This additional development was also done long after the core rules were set, and the new rules were not as integrated as they should have been. While the resulting product can be and has been used to great effect by many players out there, there are too many parts of it that go against the simplicity that we wanted from the range, or don’t go far enough for what the veteran gamers were looking for.

We’ve spent the past year reading all the feedback about Dungeon Saga and its supporting range, and in the meantime we’ve done some great work on the Walking Dead, taking a new approach to the ‘advanced’ rules which has really paid off. We are now armed with everything we need to properly take Dungeon Saga into space.

What is Star Saga?

So, the obvious question – Is it just Dungeon Saga iiiiiinnnnnn spaaaaaaaacccccceeeee?

In a word, no. Simply porting it across wouldn’t do justice to the futuristic Warpath universe we’ve created. Of course, we don’t want to fix what ain’t broken, so the key elements – the simple core mechanics, the character and story-driven missions and the highly tactical gameplay – they’re all staying.

So, looking at the core game, there are three simple but important changes.

All of this is embedded into a series of missions where we have gone to great lengths to enhance the storytelling aspect of the game – each mission has evocative passages to read out at key points to set the scene and explain the next stage of the mission. 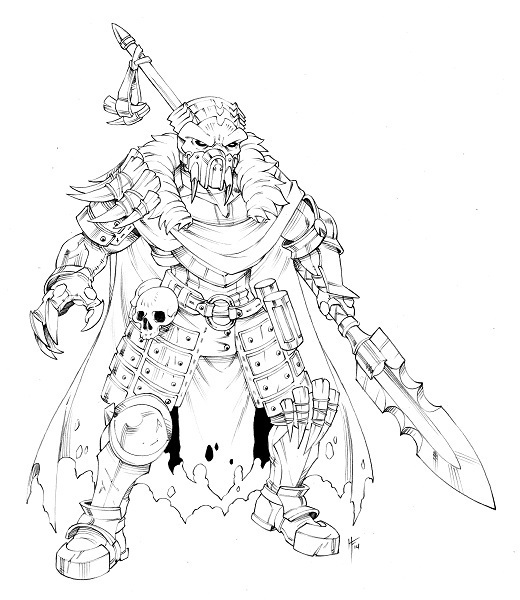 Following that, the core game will include a simple but exciting experience system to allow the characters to level up as the story progresses. Instead of the pre-set Legendary versions of the characters that Dungeon Saga uses, in Star Saga the characters will earn skills and upgrades as they go. Not only does this properly but simply integrate yet another part of the ‘advanced’ rules into the core game, it also improves replayability, as you won’t always improve in the same way each time you play through.

On the subject of replayability, our Warpath universe is rich with characters already, and Star Saga is only going to enhance that aspect. So, the final main addition to the rules is the ability to play any mission with any characters, right from the start. In the Kickstarter we are hoping to give you plenty of Mercenaries, each with their own play style, and through a simple points system you can drop them straight into the missions. This also means you don’t need to have four Mercenaries – you can play with any number, simply adjusting the turn sequence to suit.

What’s Beyond the Core Game?

As you will see, we’re sowing the seeds for a lot of the advanced rules in the core game itself, and we are being careful to do this in a way that fits within the simple and accessible brief that we set ourselves. The game is not intended to be a full RPG that takes things down to the finest detail – it’s intended to provide a similar feeling game that can be played out of the box, making the best use of cards and integrated mechanics to reduce the learning curve while keeping the depth.

Therefore, Star Saga will not have an Adventurer’s Companion. We have refined the remaining content down into two smaller expansions: 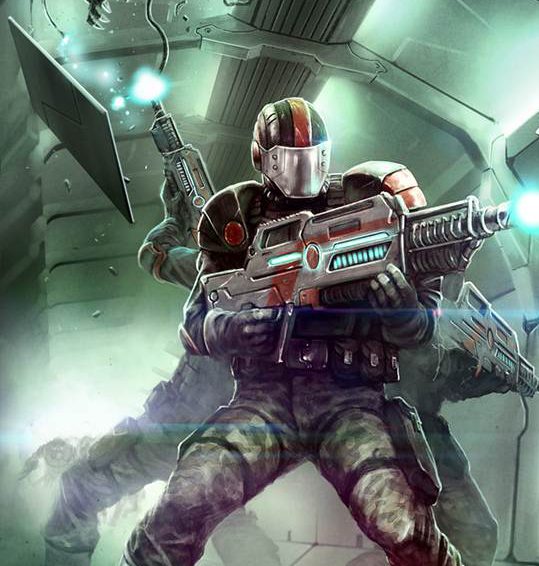 The Character Creator provides rules for building your own Mercenaries – listing all the available races and classes and their strengths and weaknesses. It will also build on the experience system in the core game with additional skills and abilities to learn. As our playtesters were excited to realise, this will allow you to take characters from your Deadzone Strike Team and drop them straight into Star Saga – how cool is that?

The Mission Creator does a similar job – it provides a framework for creating missions. This will be purposefully kept fairly loose so as not to restrict players’ creativity. The set will also add new cards to the Nexus deck, and new equipment to be found in your newly created levels.

Alongside the core game, these two cover pretty much all the bases, and provide something for everyone in what has become the true Mantic way – deceptively simple mechanics, lots of tactical decision making, and a good helping of madness!

What’s Next, and How You Can Help!

We are currently developing the core game and the first batch of missions, and we are working on all the advanced rules at the same time to ensure that they are fully integrated from start to finish. We are also developing the game in-house to allow us full control and far more time for testing – we’ve been playing every couple of days for the past two months – it’s been great fun! 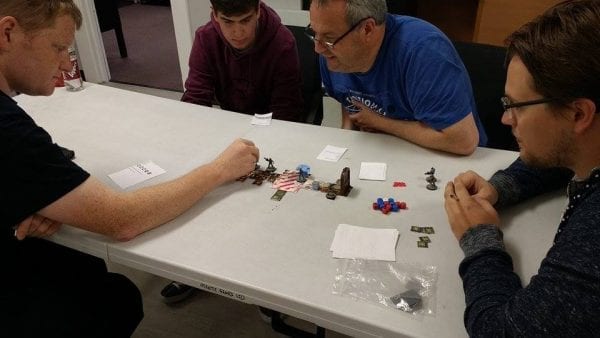 We have started running monthly public gaming days at Mantic HQ, and we’ll be playing as much Star Saga as we can. If you want to come and join in, the next one is on the 1st of October. Find out more here.

The focus of the Kickstarter will be to flesh out the core game and the expansions mentioned above, not with more rules, but by enhancing the game experience – we want to add more exciting characters, more miniatures, scenery, 3D objectives and other gaming aids to enrich the game. If we can get all this and more, we want to follow in the footsteps of the Warlord of Galahir and Tyrant of Halpi, and create new settings to fight through and foes to face. You can help us get there – look out for the Kickstarter, beginning next week, and sign up here to keep up to date.

We can’t cover everything in one blog, and I’m sure this post will spark many a question, so drop them into the comments below and we’ll be sure to address them all over the next few weeks.