Continuing our Star Saga Week, today we’re going to look at the solo and co-operative rules. Oh, and just in case you missed it yesterday, Martin and Rob unboxed the retail version of the game. You can see all the miniatures, terrain, cards and tiles that are included… plus you’ll see Rob’s (terrible) Christmas jumper.

With Star Saga something we knew we wanted to do from the start was create simple rules for solo and co-operative play. Normally a player takes on the role of the Nexus and hatches their nefarious plots to vex the mercenaries. However, we also wanted the option for people to be able to work together and tackle the bad guys as a team, or potentially even play solo. Enter the Artificial Nexus. 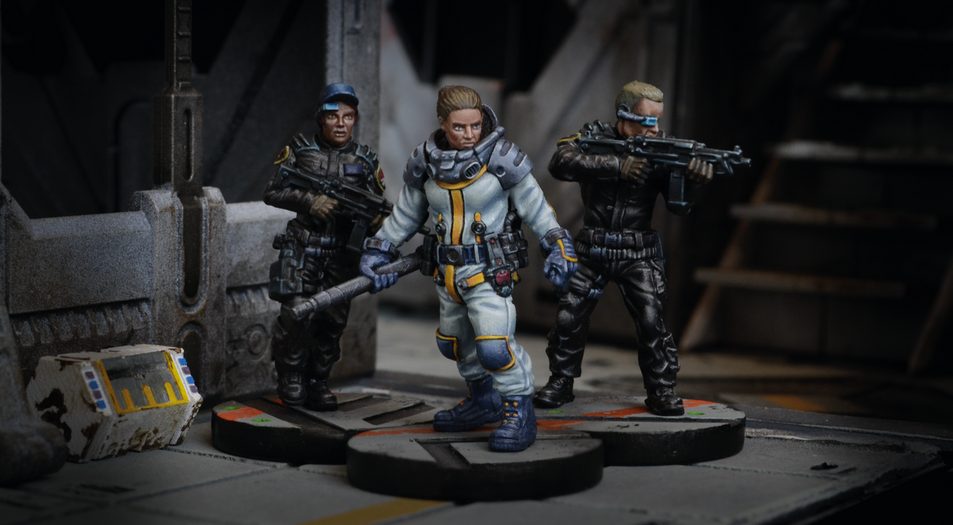 When drawing the cards, there will be an instruction that you have to carry out, e.g. ‘remove one damage counter from any minion that is not in the front arc of an enemy”. Normally the Nexus Player would choose the minion to remove the damage from, however with the Artificial Nexus there’s a clever set of mechanics to choose the target.

All Nexus cards that target specific models have a symbol at the bottom of the card. This symbol determines which models are used when following the card’s instructions. The symbol shown represents a mercenary on the board and breaks down as follows: 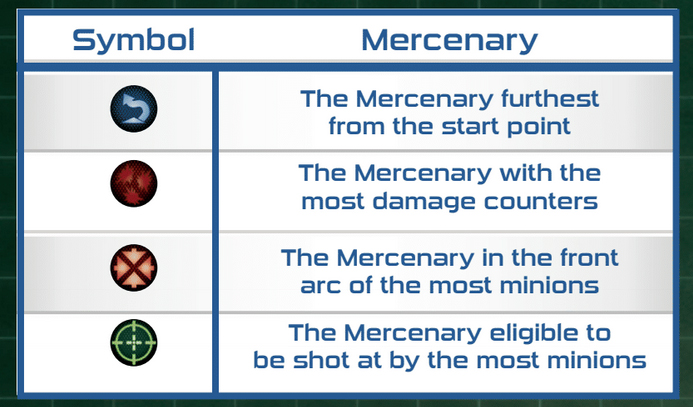 Once you’ve drawn a card and applied any special effects, it’s then time to activate the minions. Just like a normal game, the Nexus will be allowed to activate a certain number of minions per round. The first minion to act will be the one closest to the target mercenary, the second will be the one furthest away. It then keeps changing until all the minions have been activated.

The actions of the Minions are dictated by the following table: 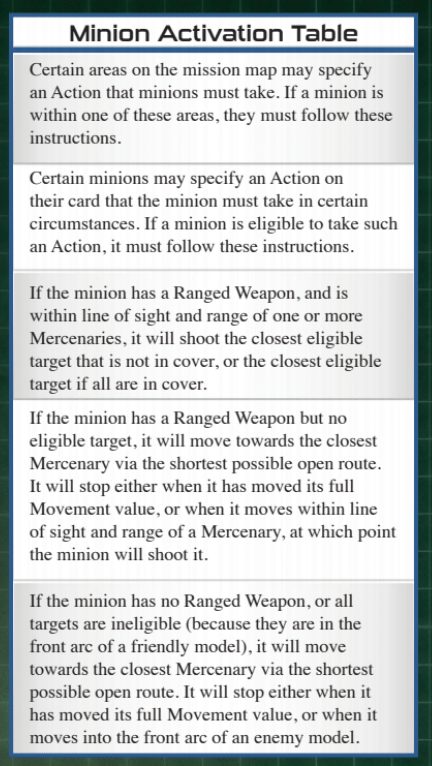 So, there you have a very quick rundown of the Artificial Nexus. As you can hopefully see from the details above, the rules are very straight forward. Of course, the Artificial Nexus is never going to completely replace the devious brain of a human but it certainly comes close!

Remember, Star Saga is in stores now or you can order direct from the Mantic website. Tomorrow we’ll be back with some tips of being an effective (and suitably evil) Nexus Player!