Hello and Welcome to Tactics Tuesday!

This is the number one place to find the tips and tricks to master your favourite Mantic system. Hopefully over the coming weeks you will learn how to deal with that one pesky unit that has been giving you trouble or find some insight into better ways to play and enjoy your most loved game.

Now obviously in larger point games of Armada the more Extra Large or Large ships like the great Ripper Hulk you can launch into the ocean the better (generally speaking), however in smaller games it often befits a captain to take a variety of smaller ships, than a few larger ones. Quantity over quality if you will. This is for a number of reasons. Firstly you’ll have more targets for the enemy to have to try and take out. Secondly, if you are playing scenarios that require an objective to be held or captured, then you stand a better chance if you have more ships in which to do so. Whilst a larger ship can take more damage than its smaller counterparts, it can often just as easily find itself susceptible to surrendering. If you choose to take only one or two ships in a small point game, it could be a great victory… or you could find yourself swimming with the fishes very early into your game.

Sometimes in the hobby you discover that you have been playing a certain aspect of a game incorrectly for quite some time. Today was that day, even we here in the industry get caught out sometimes, my advice, read the rules but also don’t be afraid to ask those that are already experienced sailors. It is however also worth noting (tournaments aside obviously), so long as you and your opponent are having fun that is the main thing! 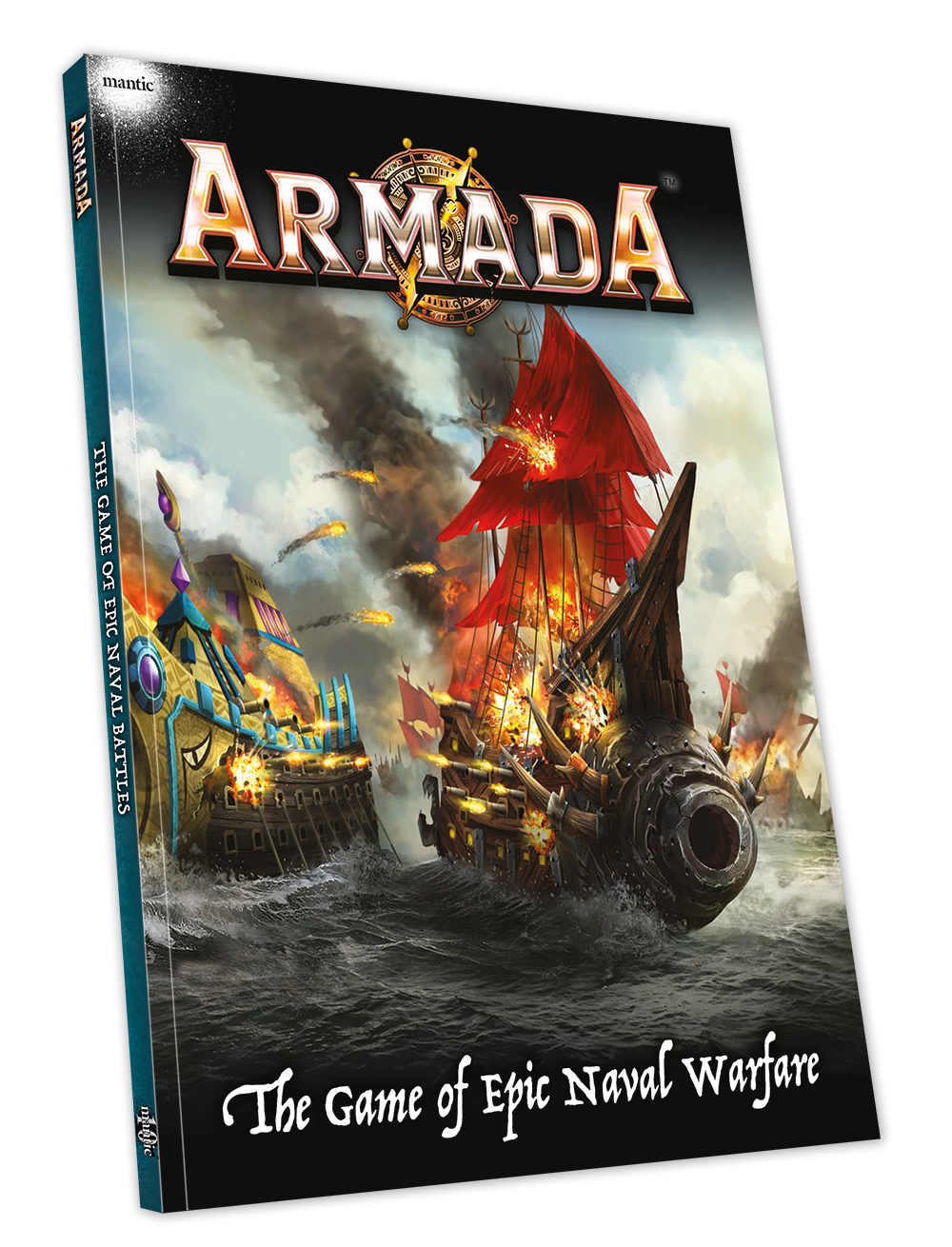 3. The importance of T

No, this isn’t a British rant about the benefits of steeping some leaves in boiling water. Raking fire, or ‘crossing the T’ as it’s also known, can be the most devastating and rewarding shooting action you can perform. If a ship shooting a broadside can fire down the length of the target, at the correct angle through its bow (front) or stern (back) then the attacking ship has successfully crossed the T. This can add one point of extra damage to each successful hit to the bow and, if you are firing point blank, the damage is also doubled. If you strike at the stern of the target each successful hit is double damage or if at point blank, trebled. This will make even the biggest vessels run with their sail between their legs. It allows even seemingly insignificant smaller ships to increase their damage, which can catch your opponent unawares. 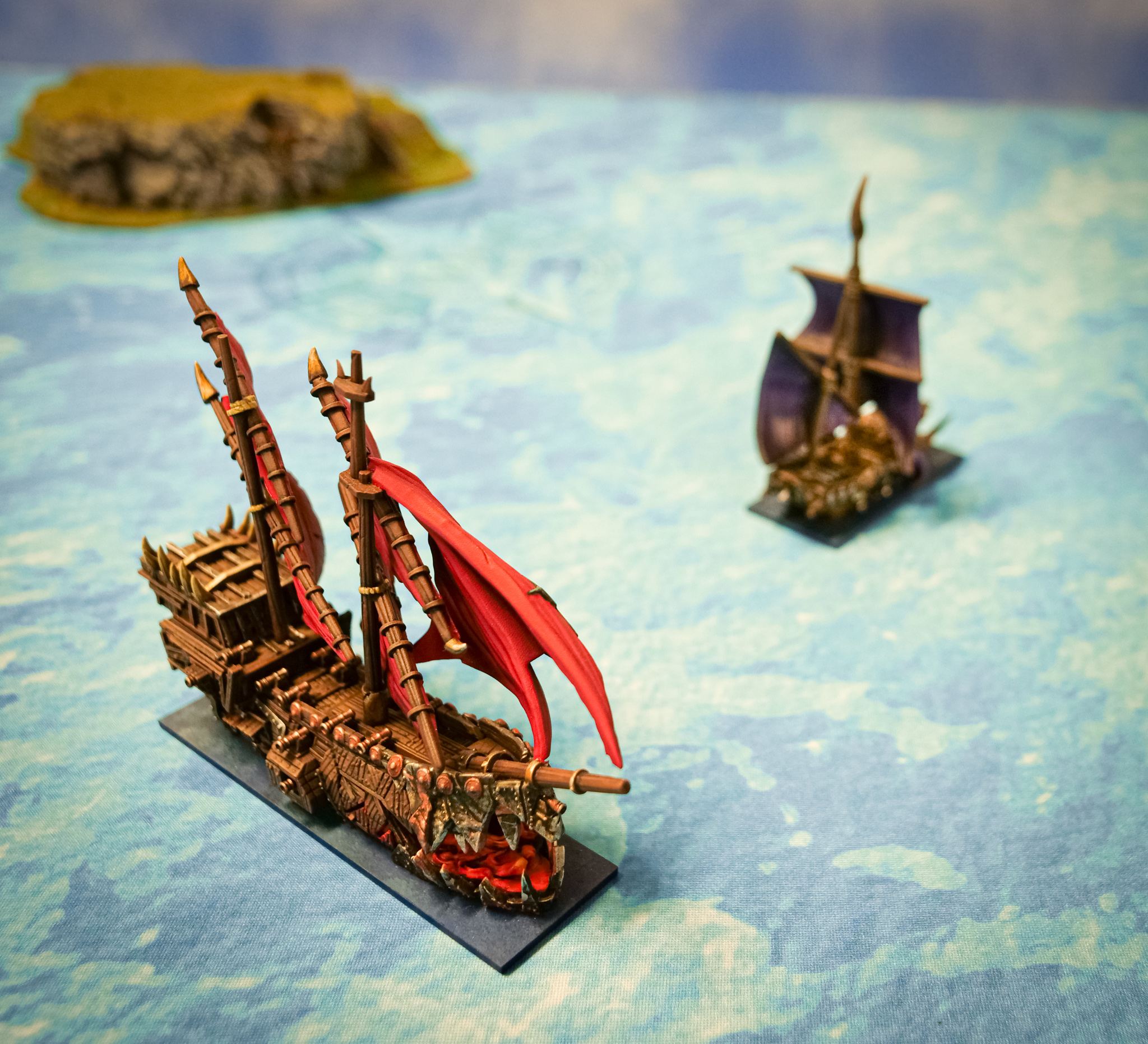 One really useful tip is to get yourself a targetlock laser pen, our friends at Army Painter make a great one which you can grab on our website or in store. This accessory shines a straight laser line down on the gaming board and makes it super easy to determine the sequence in which the ships activate from the wind direction. They are also great for resolving arguments about whether a ship is fully with another’s arc or can be seen at all. Not that wargamers argue about anything, of course! 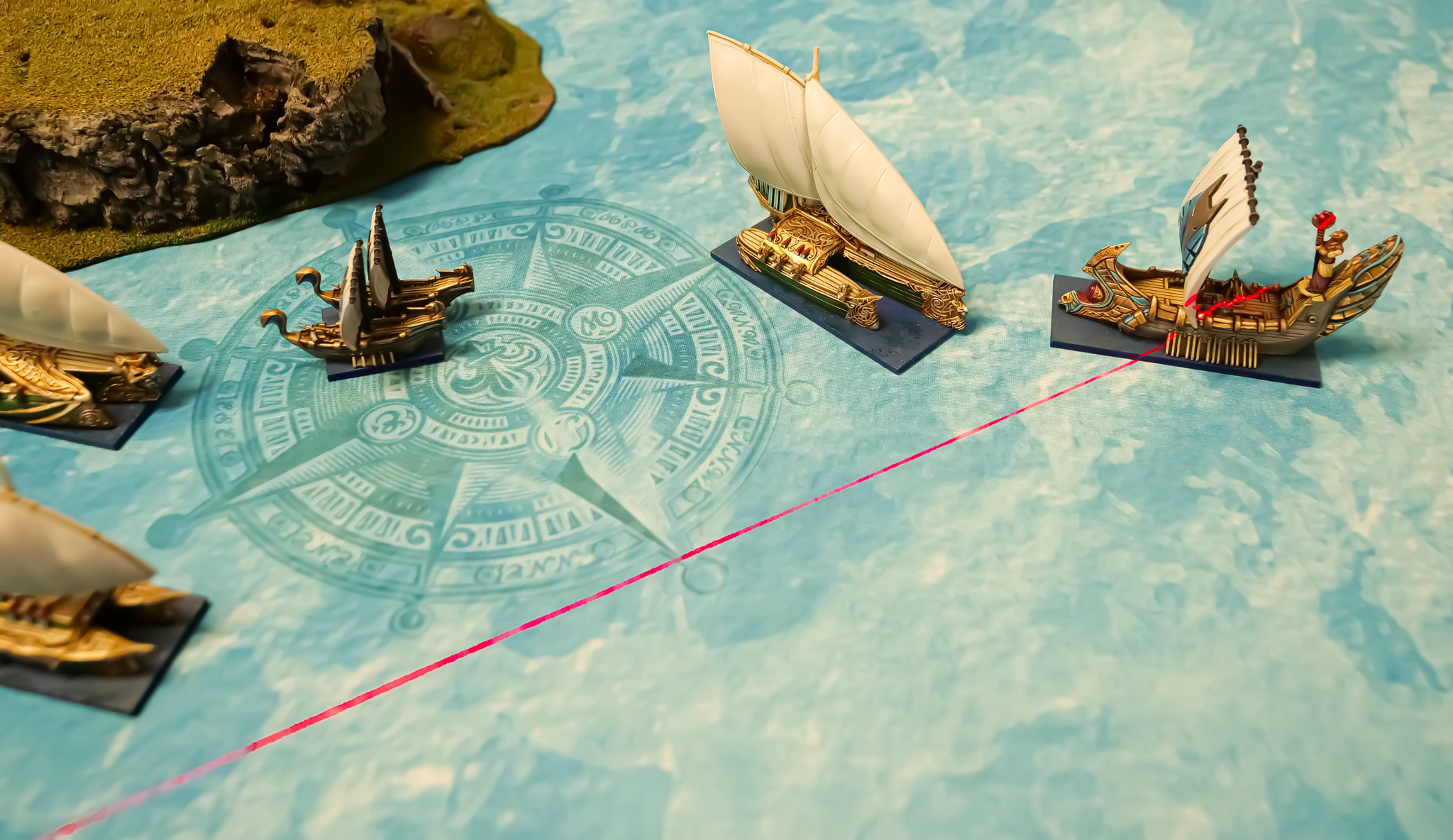 If you are completely new to Armada the best way to get stuck in, is to start with the basic rules and leave advanced wind, magic and fliers till you are a few games in. This allows you to get a real feel for the game and learn the core actions needed before spicing it up with extra rules, actions and components. The same can be said for the size of game, starting out with a only a hundred or so points or even just a ship each is a much easier way to get to grips with the mechanics than having to think about multiple ships.

Be sure to come back every Tuesday for more insights into mastering Kings Of War, Armada, Deadzone and more!

Take to the high seas of Pannithor with the deluxe gaming mat. This 120cm x 120cm deluxe, neoprene gaming mat has dramatic ocean artwork and wind rose compass locations to make it easier than ever to track the fickle winds of fate!

The Army Painters Hobby & Model tool range has been tried and tested in the gaming community for many years. Although with their new and reduced prices they are arguably the best value tools on the market today. The Army Painter offers a range of useful tools all designed to fit a special purpose, be it conversion or cutting models out of frames.