Tactics Tuesday: How to Build an Effective Gang in The Walking Dead

In today’s Tactics Tuesday, Joe Neet gives you some advice to building an alternative gang of Survivors in The Walking Dead: All Out War.

Food. Shelter. Weapons. These are the key elements to surviving in the Walker infested world of The Walking Dead: All Out War. As you encounter other groups and more walkers your group of survivors must be up for anything, and having the right mix of characters is key.

Synergy is the name of the game in my opinion, and matching the types of characters you want to use to your play style is very important. For me play a game is all about the objective or scenario. Yes, it is fantastic to try and wipe your opposition out in glorious combat, but in All Out War sometimes combat or shooting is not the best way forward.

First you must pick a leader, normally I like to go with a Runner or Tactician, this allows me to take more of those character types in my group (normally only have of the models in a group can be of the same type). It’s normal for most players to want to have Rick Grimes, Ezekiel or Negan to lead their group, but these characters soak up a lot of points. Some of the more over looked characters for the leader role are Glenn, Supply Run Master (card available in the Julie & Chris Booster) and Dale, Grizzled Veteran (card available in the Miles Behind Us Expansion). 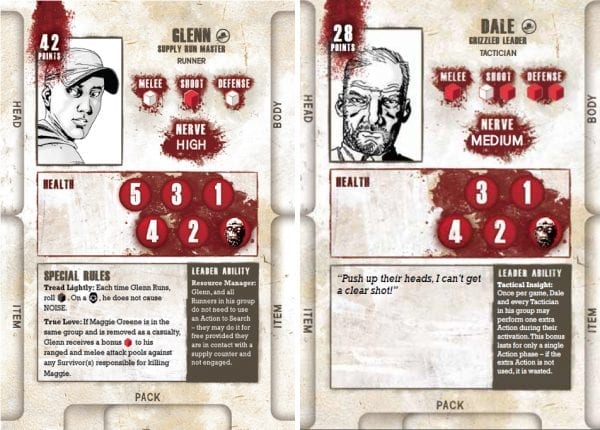 Glenn offers friendly Runner characters the ability to search without spending an action, which combined with their ability to jump over obstacles without a test a real match made in heaven. While Dale has an above average stat line for 28 points and once per game allows all Tacticians a free action in their turn. Lately I have been leaning more towards Glenn, he is expensive at 42 points but I think his leader ability and rules make up for the big hit.

After your leader has been chosen it’s time to assemble your survivor group. I typically play 150 point games so we will build our group based on that total. Here is a list that I think takes advantage of the leader but can also play to the scenario as well. 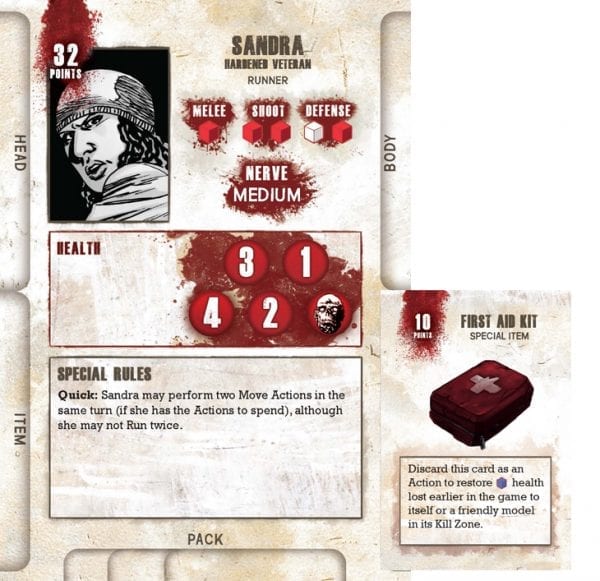 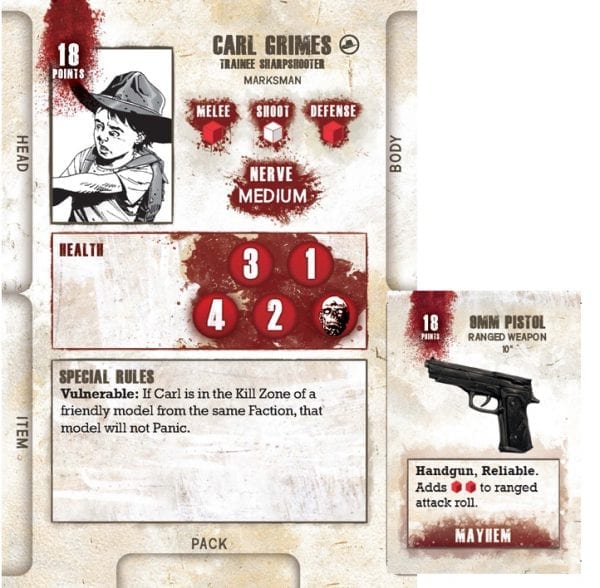 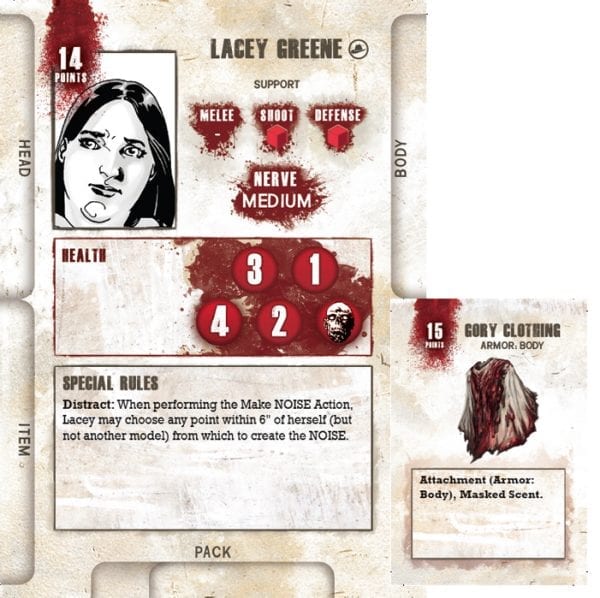 Glenn and his survivor group are all about searching for supplies and being evasive with the opposing group. Getting caught in combat situations is not what they are going to excel at, so the group made to support each other.

Glenn and Sandra (card available in the Days Gone Bye expansion) will do most of the heavy lifting. Both are runners so don’t have to worry about crossing terrain or obstacles blocking their path, and Glenn’s leader ability will make it so that neither one will have to spend an action to search. This is a huge bonus and keeps my small group nimble and on the move.

With the Gory Clothing, Lacey can stop Walkers from coming within 1” of her, so she can help protect Carl when he fires his gun. In addition to the item’s benefit, Lacey also has a special rule that allows her to make noise, but is able to choose the source of the noise at any spot within 6’ of her! She has no fighting ability, but for 14 points she has the potential to really be a thorn in your opponent’s side.

Ignoring obstacles, good firepower, when needed, and the ability to distract and confuse your enemy with some overlooked special rules, this group should have a good chance of survival. Let’s just hope we don’t run into Negan…..

The combination possibilities for All Out War are endless, and with each new wave of releases we can look forward to new ones! I hope this has given you some insight into how you want to construct and organize your group of survivors. Let us know in the comments below what character are your favorite!