In our latest Tactics Tuesday article, Kings of War Rules Committee member and tournament legend Dan King gives some guidance to playing Kings of War competitively against a new opponent.

So you rock up to a game, this could be at your local club/shop or even at a tournament. You’ve never played your opponent before and you have no idea what their army does! What do you do?

Well first up, be polite and friendly, say hello, and ask where they’re from, if they play much etc. A bit of chit-chat breaks the ice. Offer them a drink too, I personally find Mead to be an excellent choice, but that’s up to you.

Ok, next up ask to go through each other’s armies, give your opponent a copy of your list (this is important), then offer to do yours first. Explain what each unit is and what it does, and if it has any Artefacts. It’s one thing being given a list, it’s completely different going through the army, as this helps cement who has what etc. It’s not really fun or fair if you beat an opponent because your unit has the Brew of Haste and your opponent either didn’t realise, or had no idea what it does! 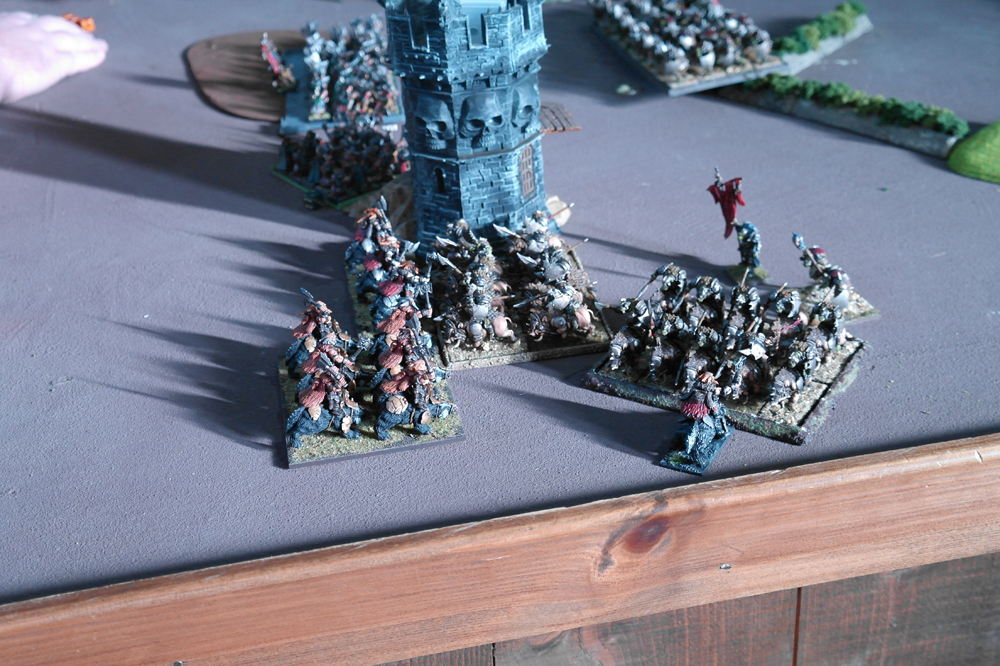 If your opponent seems unsure at all, explain in additional detail. “This unit has Shambling, and this one has Surge, so watch your flanks! I may well be trying to charge that in, if you’re not careful!” Ok sure, this is giving your opponent slight help, but if they don’t know what a unit does then it’s only fair and you will probably both enjoy your game more if you do this.

When they go over their army, admire it! We all spend a lot of time on our armies and it’s nice to have this noticed. Pay attention here, if you end up forgetting something important, it may cost you the game. Knowledge is power!

Right, you know what’s what with the armies, but what about the battlefield? How your opponent likes to play? There are a few things you should check:

Movement trays – are you measuring to the models, or to the trays? The rules allow for either but personally I find measuring to the models fairer for both players. Either way, agree this in advance. It’s no fun at all finding your charge is out of range due to your opponent thinking differently to yourself.

Terrain – what is everything? What height is it, and is the entire base impassable etc. Knowing what everything is will be key to using it wisely.

Cocked dice – reroll anything not flat?

All of the above takes 5 or 10 minutes at most, but it’s well worth it as you’ve set the framework for an excellent game.

Ask your opponent if they will remind you which unit has which artefact as they deploy. I like to do this, as it just helps cement what’s going on. Even if you are playing on the clock this takes a second or so at most. “Fallen with Blood of the Old King” (press clock). 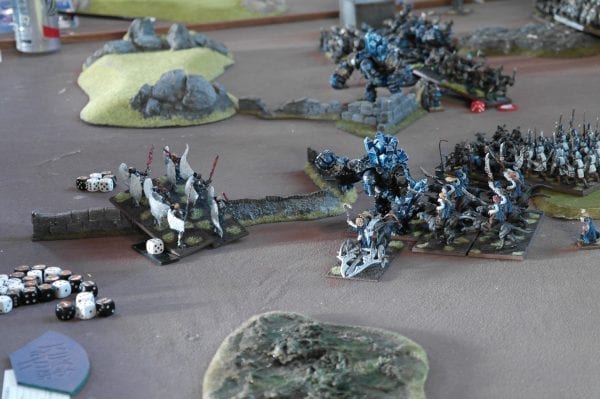 Now you should have a plan for deployment, if you don’t, make one! Just roughly what units will go where etc. I’d recommend forming combat groups of several units plus their own Inspiring source. Of course no plan survives contact with the enemy but having an idea of what you plan to do helps and saves time when on the clock.

The game is afoot!

Ready to go! Wish your opponent “good luck” or “have fun”, if you prefer, and shake their hand.

Right, so we’ve kicked off, keep things open. I like to discuss things with my opponent, I sometimes even go into my strategy as I play! That’s optional though (I must be an evil mastermind, as I enjoy a good monologue) 😉

As you play, remind yourself what each unit does, and consider possible things that may catch you out, i.e. if your opponent has Surge then make sure you watch where their characters with surge are and what units they could possibly Surge.

Does your opponent’s unit have Breath? Well, if you don’t need to move your unit too close, don’t! Take a War Trombone for example, it’s Speed 5 with Breath, so I know if I’m just out of 17” away my flying unit cannot be shot, I will however be able to charge the War Trombone next time, even if it backs away. 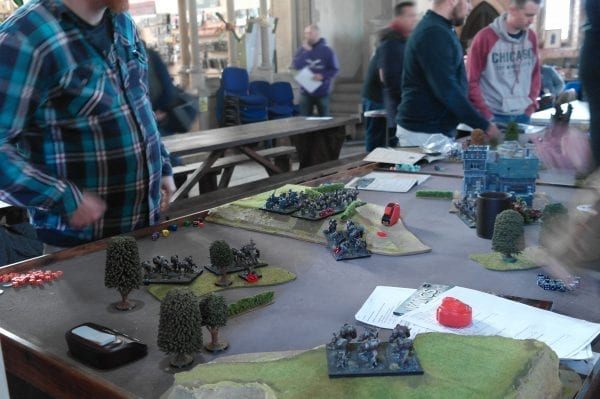 Think ahead too and consider what may happen. While you may be nearly certain you will rout an enemy in one go, bad rolling can and will happen. Perhaps by moving another unit up you can cover the flank of your unit in melee if the worst does actually happen. Also don’t be afraid to go for a relative long shot, especially if the game is going against you. You may get lucky and that could swing the game back in your favour.

One key thing I do every turn is to check carefully every unit I have, and what it can possibly charge. Don’t just go for the obvious choice; consider if a unit can see other units too. Consider every enemy unit – if it can see, you may well be able to do a single pivot and get into its flank. Spotting things like this is one of the biggest parts to winning in Kings of War. Of course Nimble and Flight opens up even more possibilities, but I’ll discuss that further another time.

In his next Tactics Tuesday article, Dan will discuss confirming movement, leniency and lots more! Tune in next Tuesday for another fascinating article.