It all started with the Dungeon Saga Scenery. Back when we were running the kickstarter, we asked the fans “What do you want?” and they replied with…”doors.” At the time, plastic fantasy scenery, especially small scale items for interiors just didn’t exist on large scale. You could find such things in resin, but these would be heavy, or expensive, or easy to damage – not up to the rigours of gaming. The two humble sets of scenery we made in that range went on to be bought and enjoyed by thousands of hobbyists worldwide, which bring us to TerrainCrate. 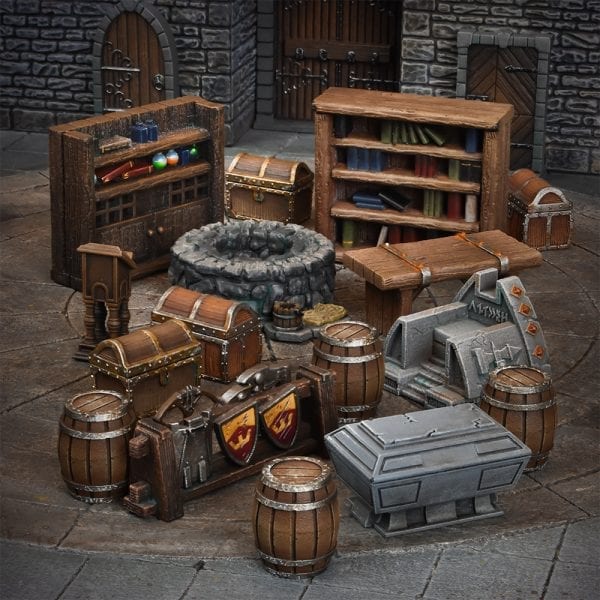 TerrainCrate is a range of pre-assembled plastic scenery for use in any tabletop game. The range covers everything from dungeon depths and taverns to Sci-Fi themed areas to fantasy battlefields. What we’ve just put up for pre-order on the website is only a small selection of what’s coming, although it already has loads to offer. 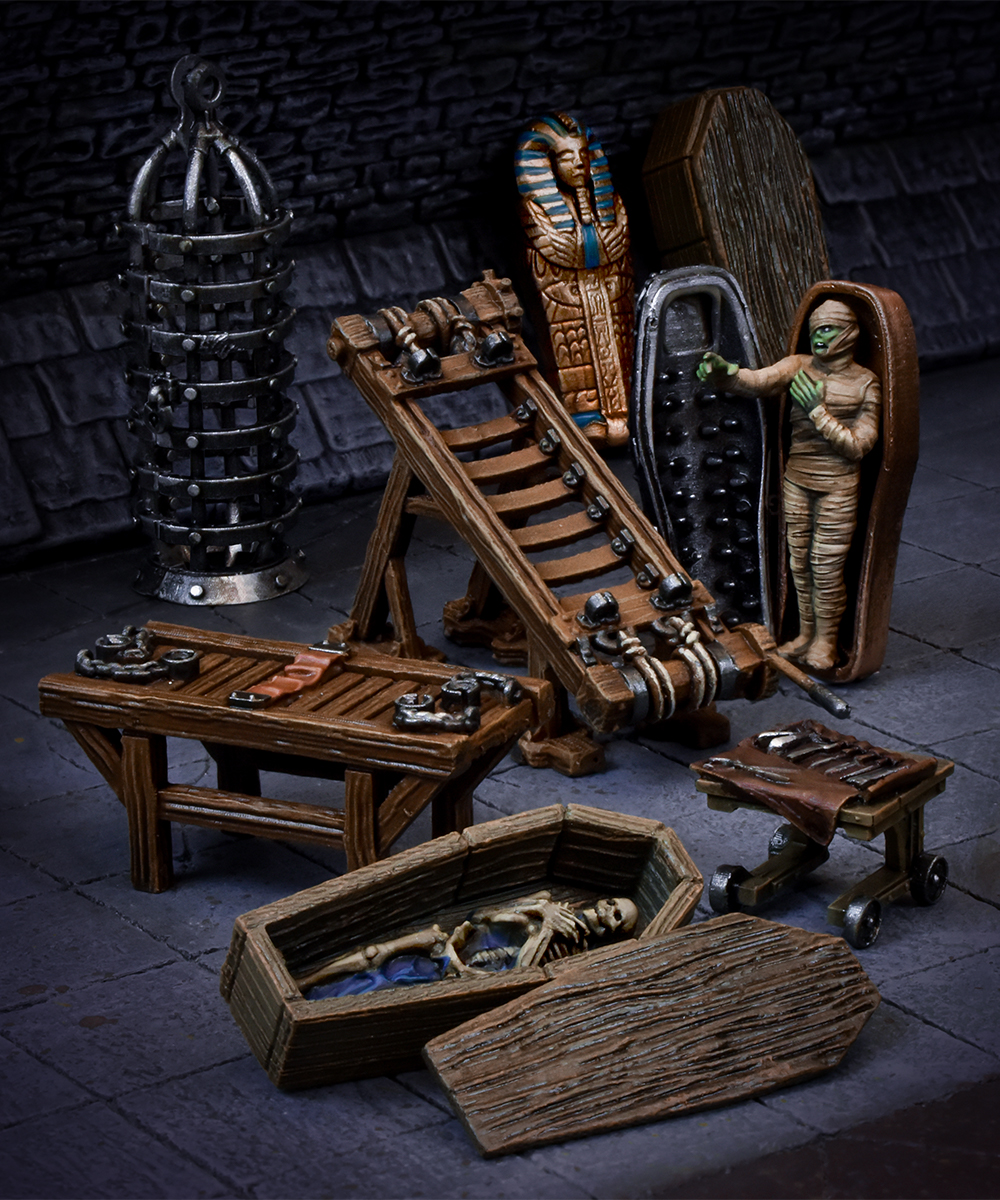 We’ve worked hard to make sure each piece is character and highly detailed. They all come in appropriately coloured plastic, so you can use them in you games straight away. For those who want to go that extra mile, they are also perfect for painting to match your own scenery collection. Some favourite pieces from the office include the Abyssal being summoned/banished (Dark Lord’s Tower), the owl on his perch (Wizard’s Study), the pile of armour and weapons (King’s Coffers), and the Iron Maiden (Torture Chamber). 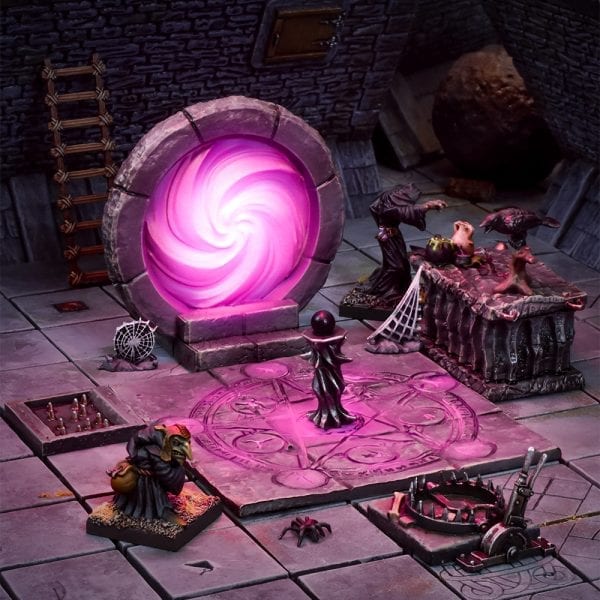 From treasure hoards to a Wizard’s Tower, you can already find loads of uses for the various kits available. Perhaps you stalwart RPG heroes are infiltrating the lair of dangerous cult, complete with torture tools from the Torture Chamber set and occult items from the Dark Lord’s Tower. Maybe Dwarfs and Goblins are fighting epic underground battles over objectives represented by piles of gold and treasure from the Treasury set. You could even have a game featuring a lone private investigator fighting for his sanity among an impossible library of forbidden lore, made from the Library set. As you can see, there’s so many uses for these terrain pieces. 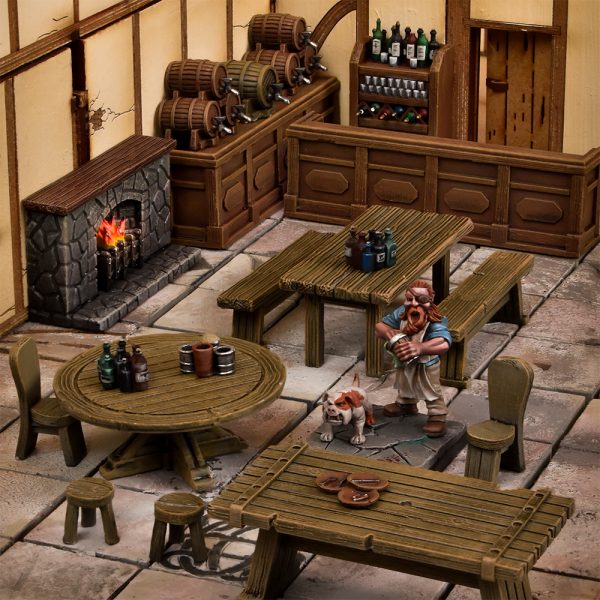 On the horizon we have even more coming, including taverns, battlefields, town squares and much, much more. This wave has been in such high demand already that we have been forced to limit stock on some item, but rest assured we’ll be getting more stock in as soon as possible.

The first TerrainCrate products are available now to pre-order in limited quantities, so order now to avoid missing out. Don’t forget you can also pick these up from your local hobby stores!