The Walking Dead: All Out War – Atlanta Camp

The Atlanta Camp is the first expansion for the Walking Dead: All Out War and is included in its entirety in the Something to Fear pledge level.

Building on the models and story from the boxed game, this set include a host of new models and new gameplay as well as a number of exciting new scenarios for your survivors to face! 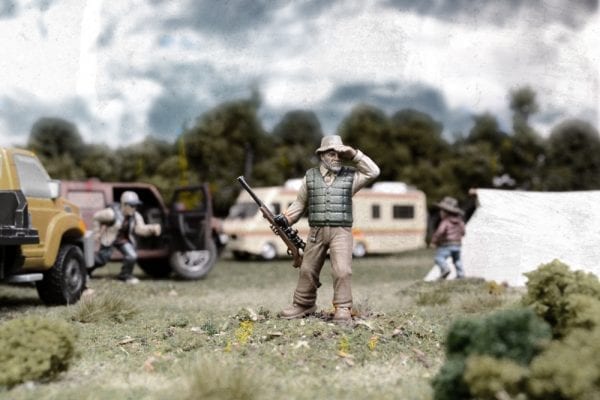 Out on the Road

The terrain in this part of the story is different to the more urban areas founds in the boxed game, with campfires, tents and the beloved RV making up the Atlanta camp. There’s even a new mat with alternate artwork depicting the woodland surroundings – that will join up to the one found in the boxed game, so that you can play larger games. The survivors have set up camp and only travel to the city for much needed supply runs. With new surroundings come new challenges – the campfire being one of them.

Campfires attract walkers as they produce a lot of light, noise and heat. If a walker comes in range of one they will automatically approach it. You can use this to your advantage to lure walkers away from you, but of course if you are caught unawares while standing next to one, this becomes a very dangerous place to be.

The survivors are aided by new equipment and loot cards. These include devastating weapons such as the 12 Gauge shotgun (there had to be one!) and Molotov Cocktails. Be careful – those tents are flammable! The iconic Gory Clothing is also available, to fool walkers into ignoring you, for a time.

Fortunately, survivors close to a campfire can grab a burning brand from it to use as a weapon. Any walker who come sin contact with a campfire will also be set ablaze. There are more rules than we can cover in one post, covering tents, repairing vehicles, woodland terrain and the RV in combat. 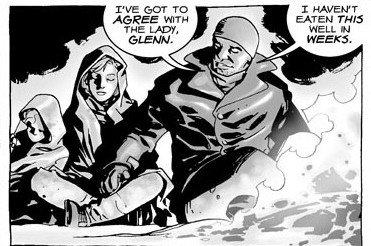 On top of these there are narrative scenarios depicting the beginnings of the more hardened survivors found later in the story. Most of the scenarios can be played one player if you wish, or co-operatively. The campaign keeps track of supplies and also has consequences carry over from previous games if you are playing the scenarios in order.

The story itself covers event from Rick’s first near-lethal trip to Atlanta to find his family, to risking the city once more with to hunt for supplies, to an attack by the walkers disrupting the survivors’ rest around a campfire. More characters from the comics are added into the mix, including Dale, Allen, Jim and Donna. It’s up to you if they’ll survive until the end… 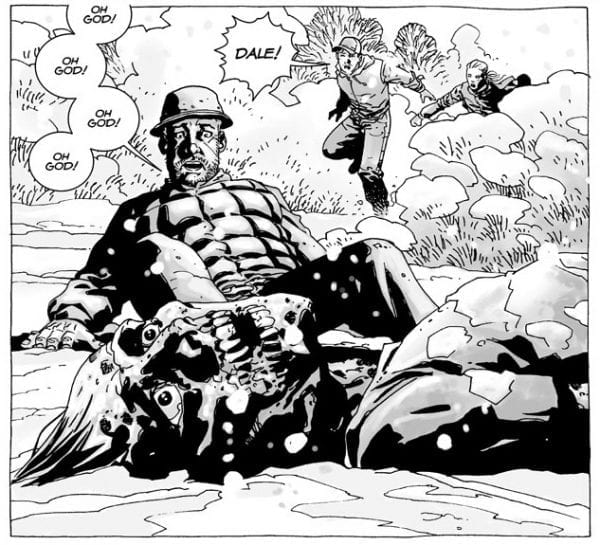 In case you want to play these scenarios with different characters, or don’t have all of the models to hand, each scenario also includes guidelines to use other characters – based on their points cost. Additionally, there are new event cards to make you games even more nail-biting – for example, a howling thunderstorm can drench your survivors, rendering their Gory Clothes less effective and drawing the dead.

One scenario of note is Ready to Roll – wherein the survivors must fight off walkers while attempting to repair the RV in time to leave. The walkers just keep on coming, so this will be a frantic scenario where you’ll have to balance your priorities wisely. Following this there is a Vicious Betrayal, which I’ll not spoil, but those of you who are familiar with the comics will know what happens here. Right in the feels.