The Walking Dead: All Out War CONFLICT 2018

“Richard stood over the corpse of Phil as it slowly twitched back to life, eyes glazed and frosted like all the others, jaw snarled and twisted. It reached out to grasp at Richard…or whatever it could.

Richard looked around at the once tranquil untarnished ‘last bastion’ of civilisation and in that moment realised what this world now was. Power, strength, survival, that’s all that mattered…

A normal life was a naive dream, a dream that The New Haven once held. Now, in this new reality, decay, death and destruction were all that one could look forward to.

With one final, hesitant strike Richard ended what was once Phil. The New Haven was his, burning and destroyed by greed…another city of the dead. The conflict was over for now, but there was still a long road ahead….” The tale of the final standings of Conflict 2018 –  Richard Stockdale 1st & Phil Rawson 2nd

Martin here from the Mantic trade team. What an amazing day Clive and I had on Saturday. We joined Tom and Paul from T&G Productions up at The Forge in Manchester for a day of The Walking Dead: All Out War. Mantic was there in force, as we were doing a STORE INVASION, which meant taking along stock for the store to sell. The Forge recently became a stockist of our range and we offered to come and do some more activities with them. We took along Here’s Negan and Deadzone to run demos and had a table crammed full of product! 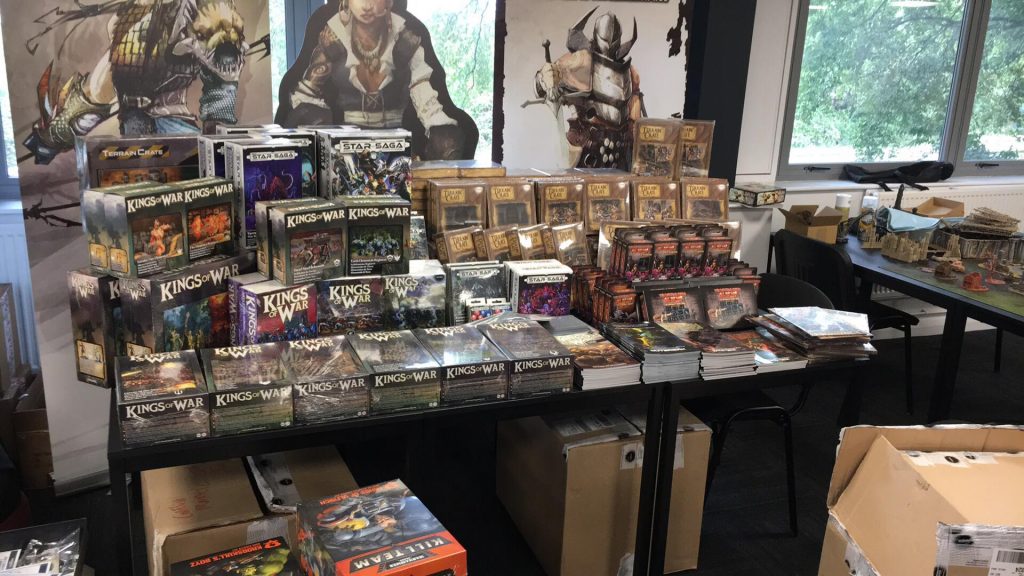 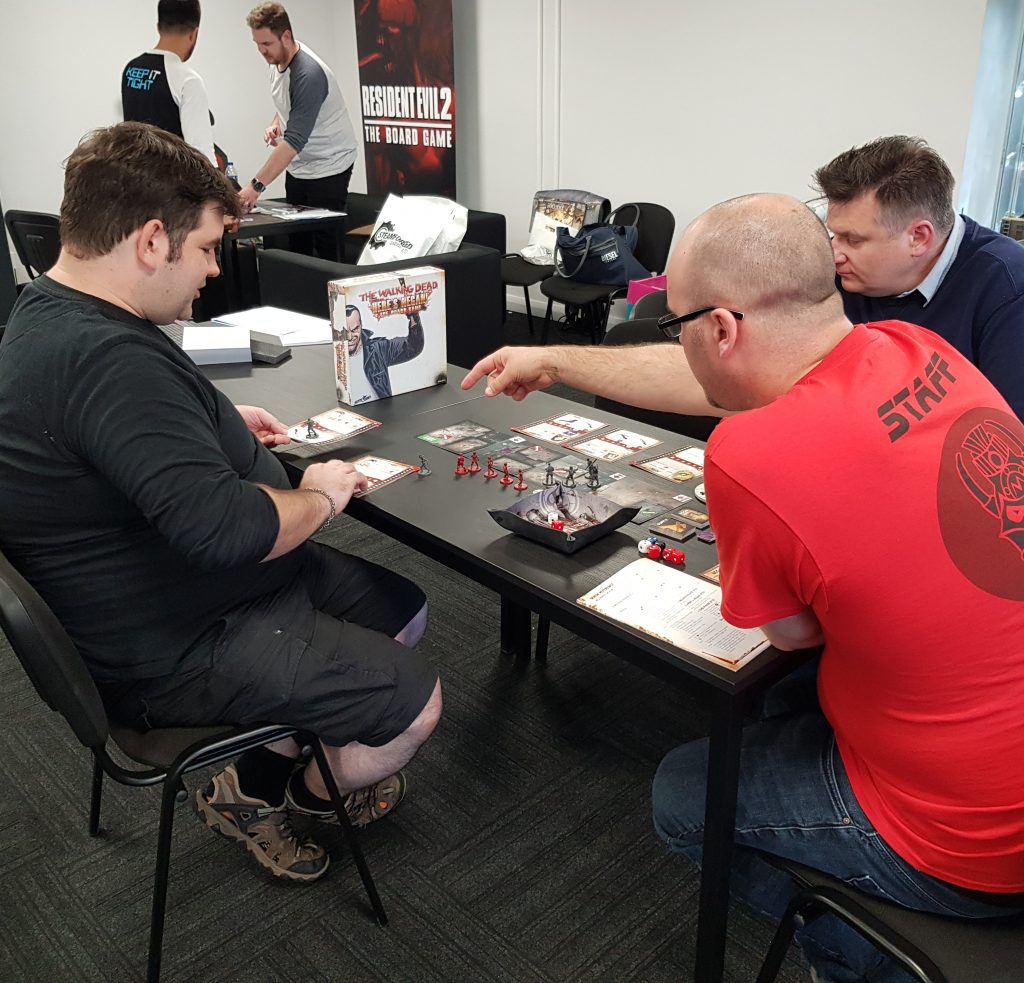 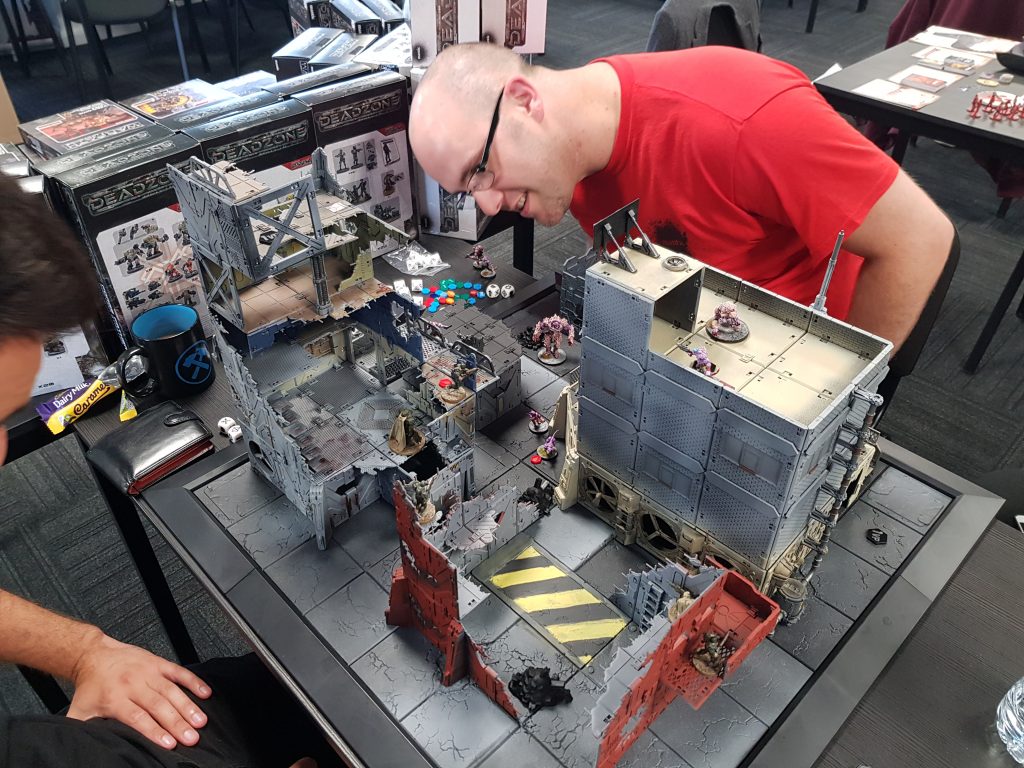 At the heart of the event was Conflict 2018 – the world’s biggest Walking Dead tournament so far. The tournament included five rounds of The Walking Dead, with each round being a custom scenario written by Paul and Tom. The amount of effort that was put into each gaming table was staggering. Paul did confess to a few 3am finishes in the week leading up to Conflict though 🙂 We were that impressed with the scenarios that we said we would make them available for free downloads through the website, we will just need to run them through the studio first. So keep an eye out for those soon! 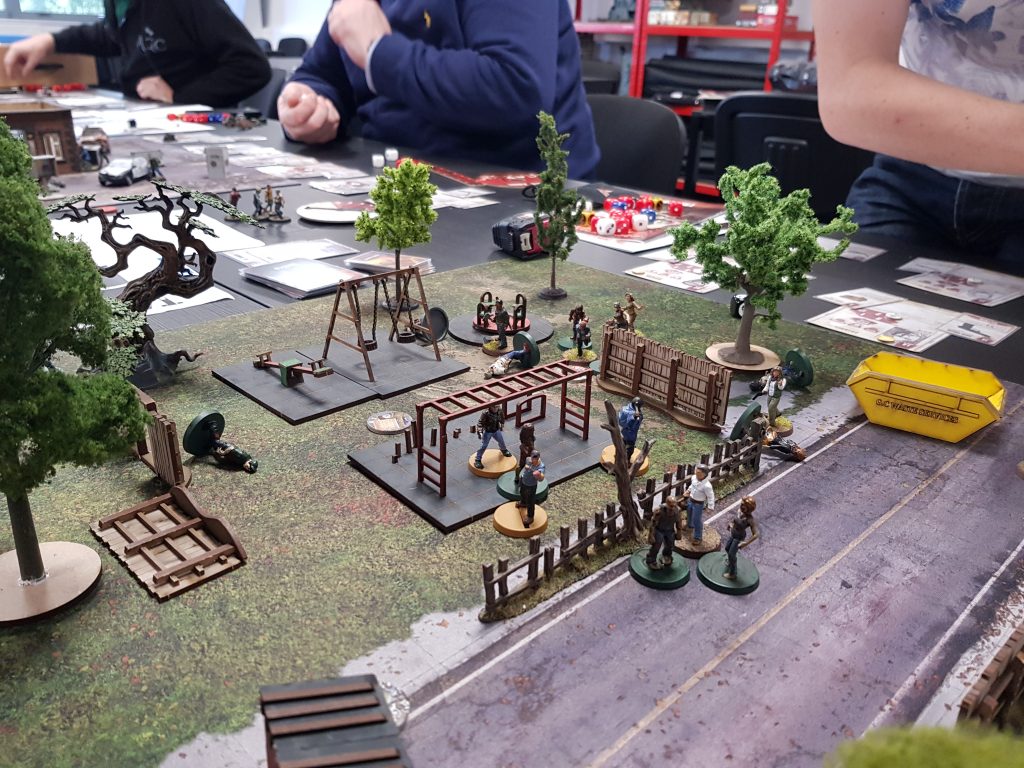 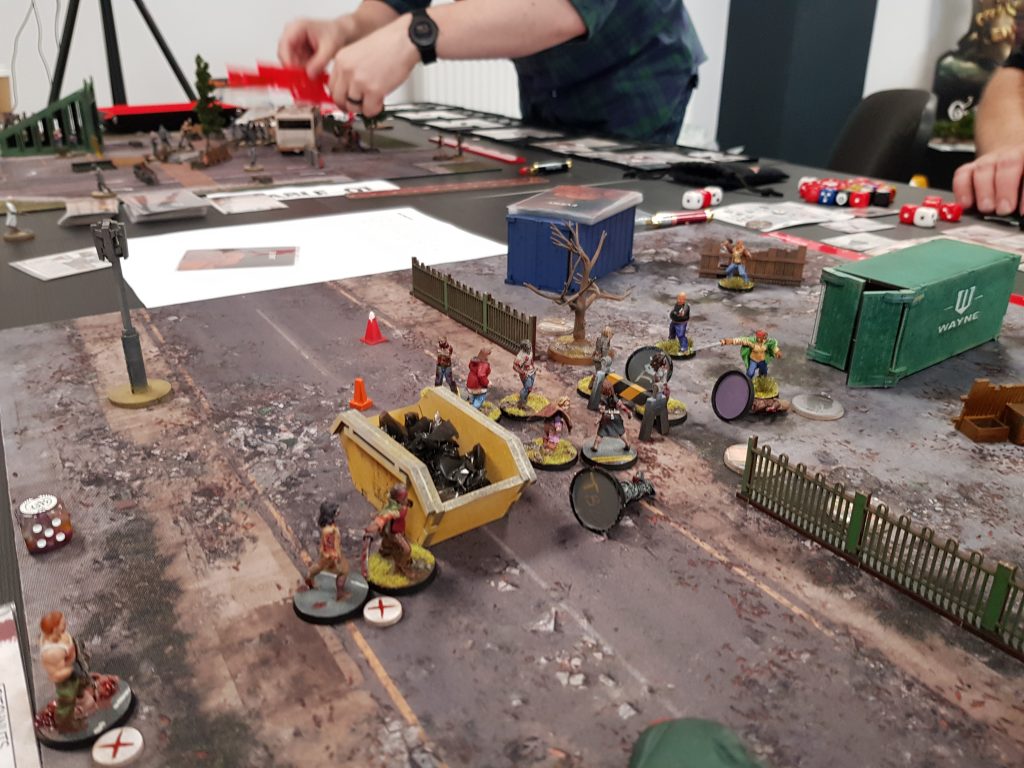 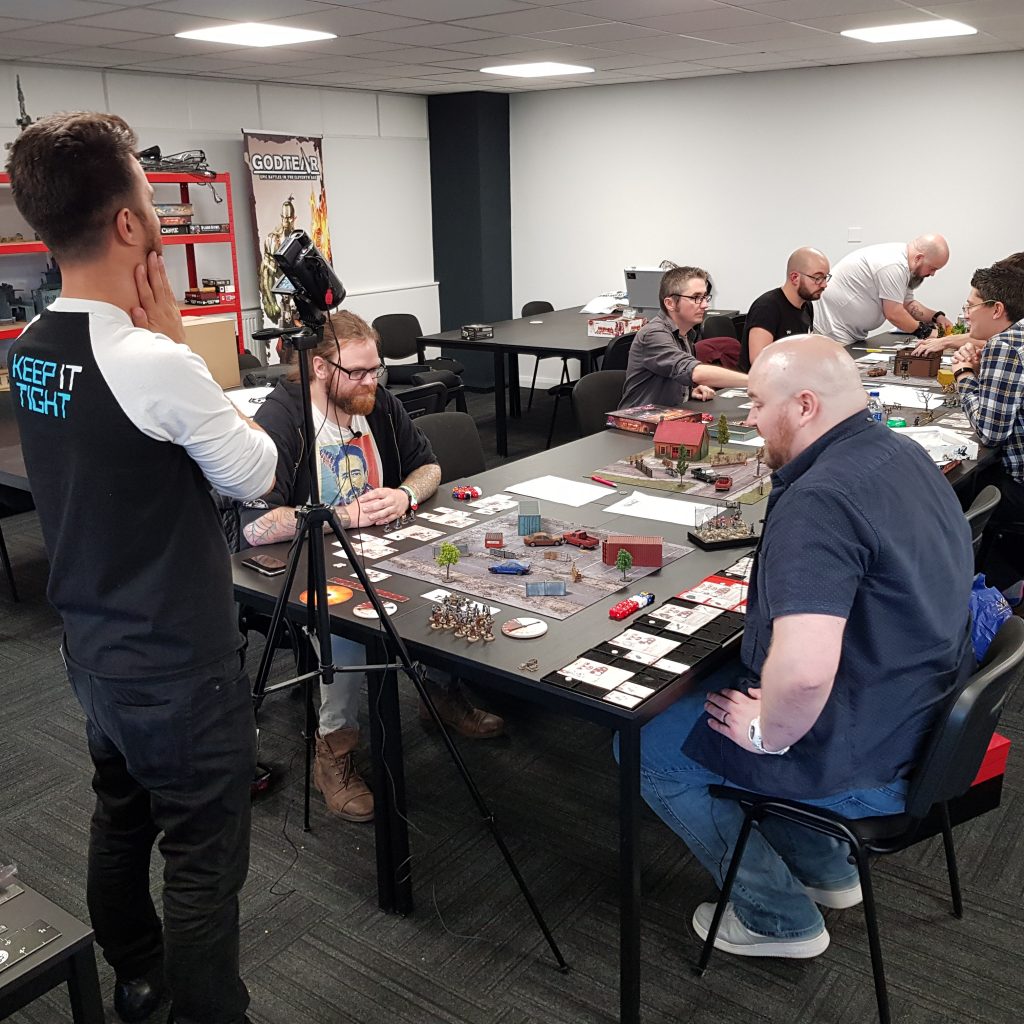 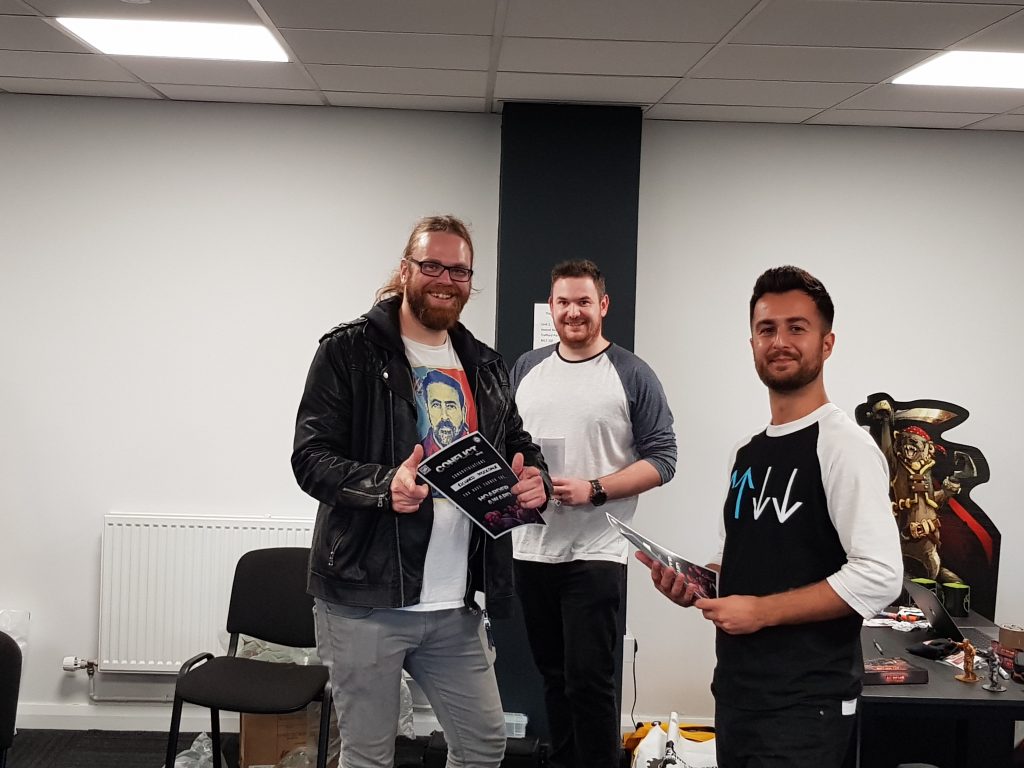 The eventual winner was Richard Stockdale but it could have been anyone from a pick of 4 people in that last round. Some of the games were filmed and once edited they will appear on the T&G YouTube page HERE

Brilliant day! Everyone of the attendees said the same and roll on the next one!

If any event organisers would like to speak to us about doing a store invasion, just drop us an email at support@manticgames.com 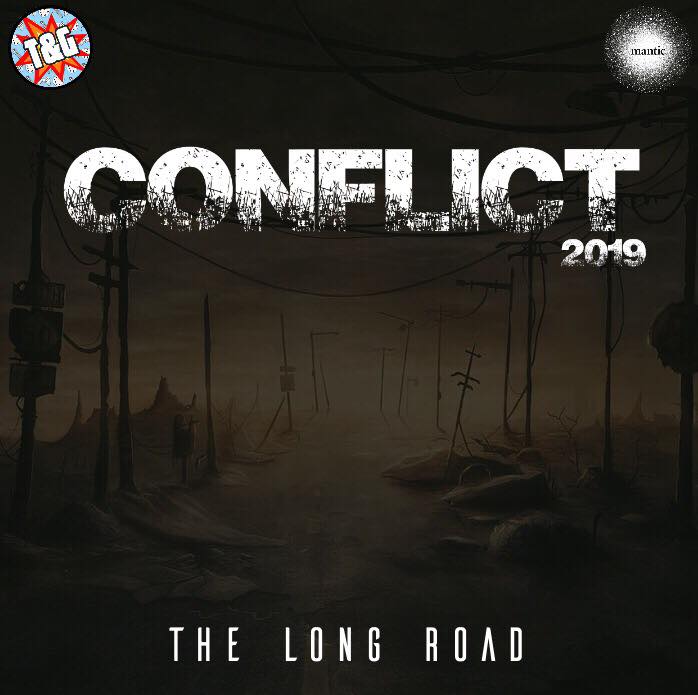