The Walking Dead: All Out War Miniatures Game on Kickstarter!

Ronnie here. It’s been nearly three weeks since we announced The Walking Dead miniatures game and the response has been somewhere between amazing and frightening! 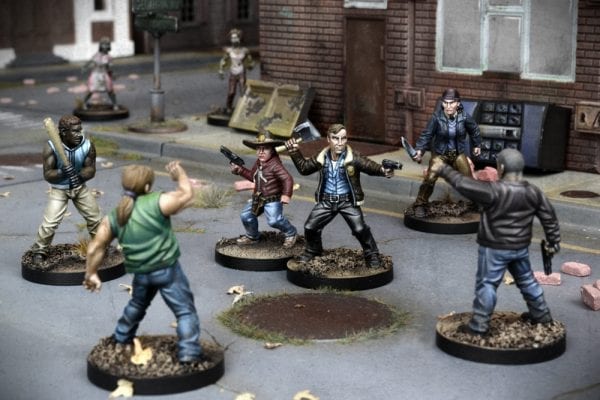 We’ve never seen a buzz like this before – and as most of you know, we like to keep things exciting! This looks to go off the charts.

That said, we don’t want to make any of the mistakes of the past. We neither want to underfund this and therefore be limited with the range and support we can give it (as happened with our first try at Warpath back in 2011), nor do we want it to go so big it becomes unwieldy.

To ensure we can support this volume of backers, and our general community, in the next week or so we will be launching a new customer service platform called Freshdesk, headed up by our new Customer Service Manager Zak.

This will replace all of our existing systems so we can better support you. Watch out for more info on this soon.

I think it’s clear we can get ‘normal’ sized campaigns and launches such as Kings of War and DreadBall right and delivered on time and accurately (even when the postman loses boxes, or pledges go missing), once we go over the $1m mark with huge and complicated ranges, such as with Deadzone and Dungeon Saga, it means it gets hard to keep the accuracy levels and customer service at the high standards both we and backers expect. As always, we fix every issue but it takes too long.

There’s no doubt that to deal with the demand, not only help with tooling, but also to bring in the quantities we expect to print, Kickstarter will be needed.

But we want to keep it simple – so the backer will still get a great deal, and it’ll allow us to focus on accuracy and right first time shipping and customer service. We also want to make sure there is lots of demand left for the retailers to share in this product, especially with a starting MSRP of just £35/$50, and £12.50 and $20 boosters. 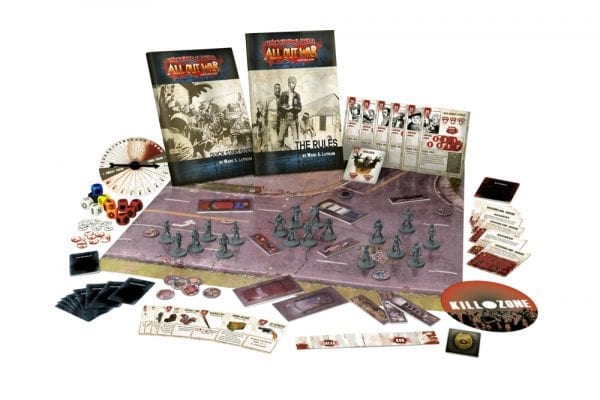 I feel The Walking Dead has the potential to reach a size that we’ve not dealt with before. We do have experience with big projects like Deadzone (4,000 backers) and Dungeon Saga (6,000) and we’re applying the lessons we’ve learnt to The Walking Dead – because we might even get more backers on this campaign!

And so there will be one great value for money reward level for backers to pledge at – which will be shipped all in one box. It’ll have everything in the first wave of releases – so the game, the minis, lots of freebies and all the upgrades (as long as we hit those stretch goals!). With just one package we can make sure it is assembled accurately, with miniatures supplied in trays so that they don’t break or are missed from the packing, and other trays so everything has its place. 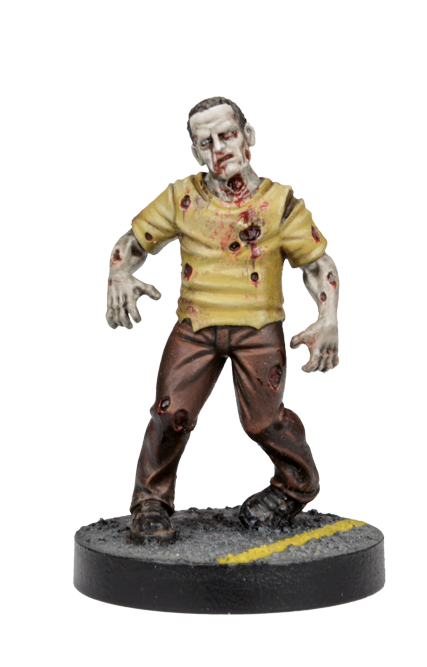 If the campaign goes really big (and that means we think it will finish right up there with our biggest ever campaigns) then we will look at 2 or 3 simple expansions which you will be able to add-on to your pledge. These will allow us to move into the later aspects of the storyline, introduce lots more heroes – and baddies 😉 – and offer interesting new variant play, such as a Prison setting. However, so they cannot interfere with the accuracy of shipping wave 1, these expansions will be shipped at a later date. Secondly, each will also be a single add-on. As always, the further we fund we’ll add in every stretch goals we hit, which means those add-ons will also get better value as newly funded boosters and accessories are included.

All of this is our plan to offer an easy, great value for money way into The Walking Dead: All Out War Miniatures Game – and we hope you’ll join us on the journey. Your support will allow us to make this game all it deserves to be.