This week rather than giving you a small titbit of lore, we are giving you great news about a whole heap of new lore coming very soon, as we showcase what is coming up in the first half of the year from Winged Hussar.

Rise of the Celestians

The Celestians have journeyed to Pannithor to bestow on its inhabitants their great knowledge and by their guidance bring to the mortal races an era of peace and prosperity. But the powers that hold sway in the ancient kingdoms will not meekly fade into nothingness. The cruel priesthood of Bhanek dominates Elvenholme. In the human realms of Primovantor and Ahmun, the sinister disciples of Shobik hold sway. If they would free the people they’ve come to help, the Celestians must set themselves up as new gods and sweep away the vestiges of the Primogenitors. But there is one ancient god that is far more than a mere echo of former power. Before they can truly free the mortals of Pannithor, the Celestians must defeat not merely the followers of their greatest foe, but the god himself, the savage Korgaan! 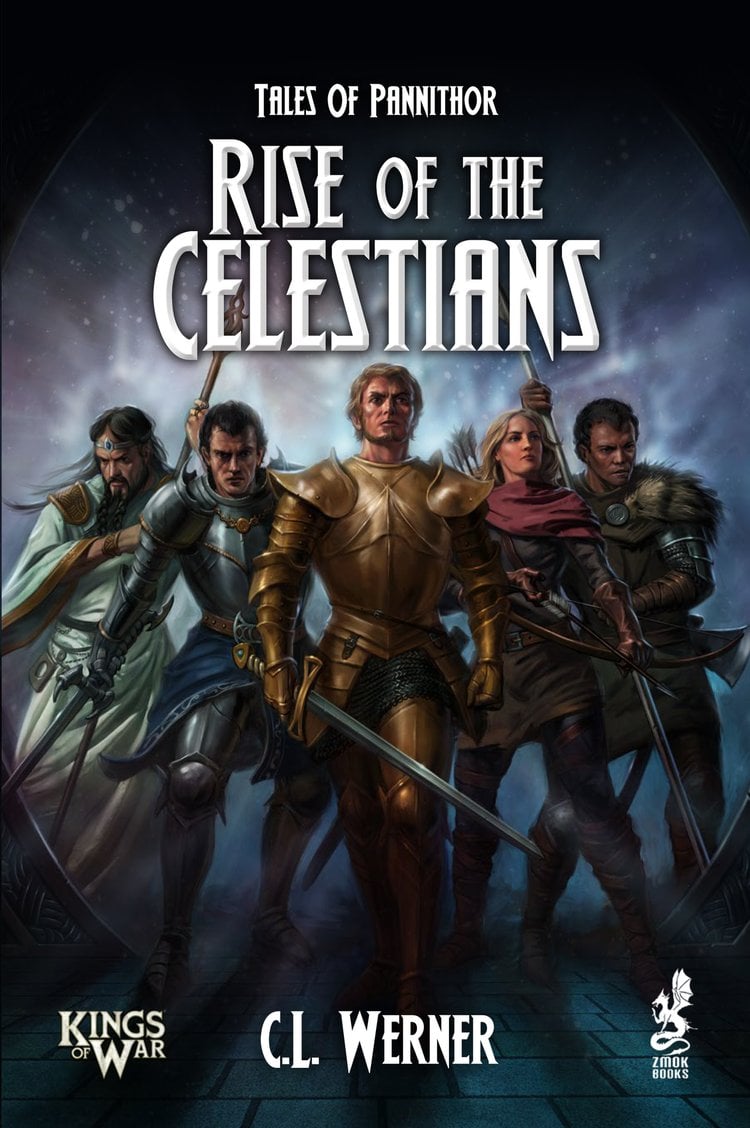 Rise of the Celestians is due out 1/5/22 in Paperback.

Ascent of the Goblin King

Our very own king of the goblins, Rob Burman, has taken up the mighty pen and scribed a great tale [Ed’s note – well, at least that’s what he told me to write]

Grogger Split-tooth is a goblin with ambition. Big ambitions! After a mysterious vision shows that Grogger could become the king of all goblins, he sets out on a perilous quest to become the supreme ruler of all Pannithor’s greenskins. There’s just one problem: no one else believes in him.

First though he needs to rescue a goblin wizard that’s being held captive by a group of salamander corsairs. These man-sized, lizard-like creatures aren’t going to give up the wizard without a fight, which means Grogger’s going to need all the help he can get. Unfortunately for him, he’s joined by a goblin with a love for high explosives, a troll that wants to kill him and a beast handler who is ready to stab him in the back; Grogger’s journey to becoming king isn’t going to be an easy one. 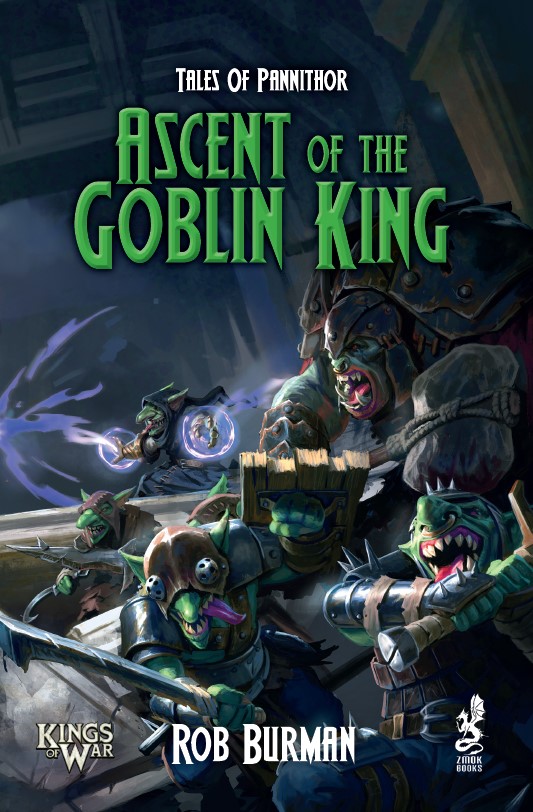 The fragile alliance between Basilea and the Order of the Brothermark is holding together, but increasingly under strain. With the Order of the Brothermark suffering both the demons of the Abyss and from the influence of their former comrades from the fractured Brotherhood, the Basilean Duma knows that it is time to act. Even a simple gesture could symbolically prove their good faith and intentions for the future of this vital alliance. Paladin Defender Kateryn is charged with leading a small force to escort a relic of deep spiritual importance from Spartha, back to its rightful home in the Brothermark. With her is Paladin Defender Orion, freshly promoted and still in the limelight after the heroic stand against the forces of the Abyss at the Battle of Andro.

When news of this vital task grabs the attention of Teynne, champion of the Abyss, however, a dark plot is hatched to drive a wedge between Basilea and the Order of the Brothermark. Am’Bira, a disgraced former temptress, is tasked with leading a force to obtain the relic under Kateryn and Orion’s charge. After an initial failure Am’bira is left with no choice but to attempt to manipulate the secretive, underground forces of the undead simmering beneath rural Basilea’s surface in an attempt to achieve her mission. With the dead rising within Basilea itself, Kateryn and Orion are left isolated and alone at the head of a small band, desperately attempting to fight off the forces of evil as well as the bitter politics driven between two factions aligned by faith alone. 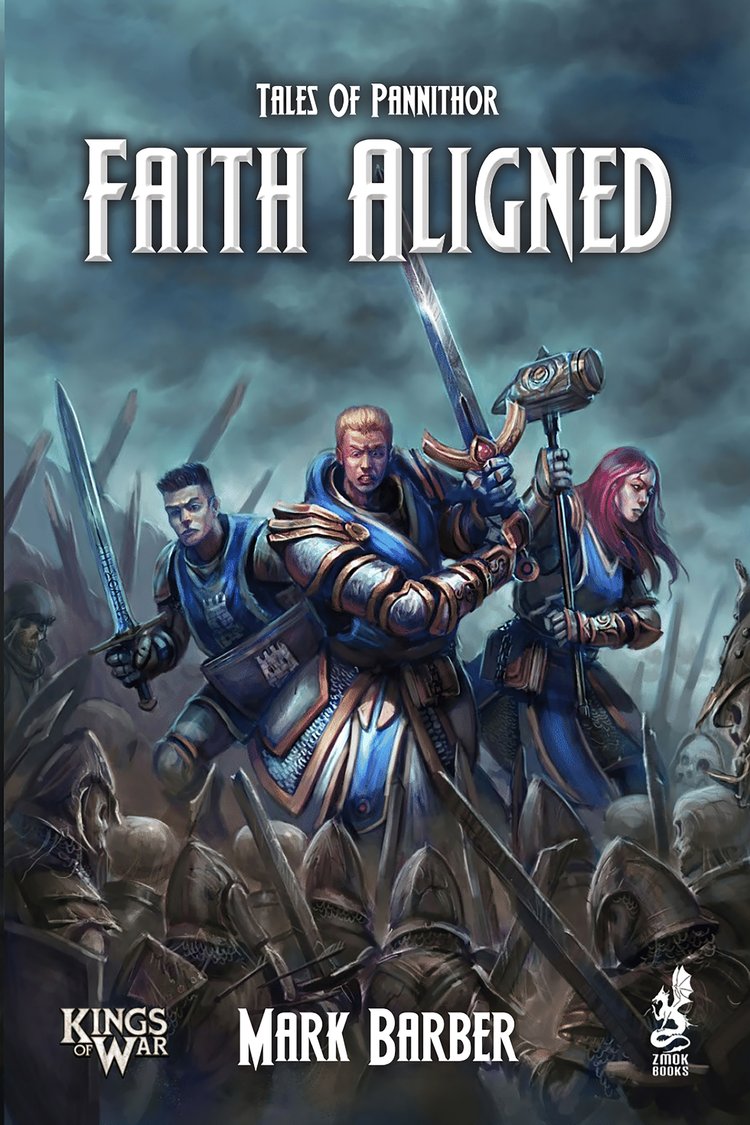 If that gets you feeling like George Michael (‘Cause you gotta have faith) pick it up on 1/7/22.

From the depths of the Trident Realms, treachery and war impact the lands of Mantica.

After a bitter betrayal a young naiad, Ashal, and her bodyguard, are exiled from their home in the watery depths of the Trident Realm. Swearing revenge against those who have wronged her, Ashal begins her quest to seek out and destroy the people responsible for her sorrow.

Ex Corporation Striker Leeland Roth teeters on the horns of a dilemma: return to the sport that once defined his life, or continue to drown his sorrows in booze, babes, and back alleys.