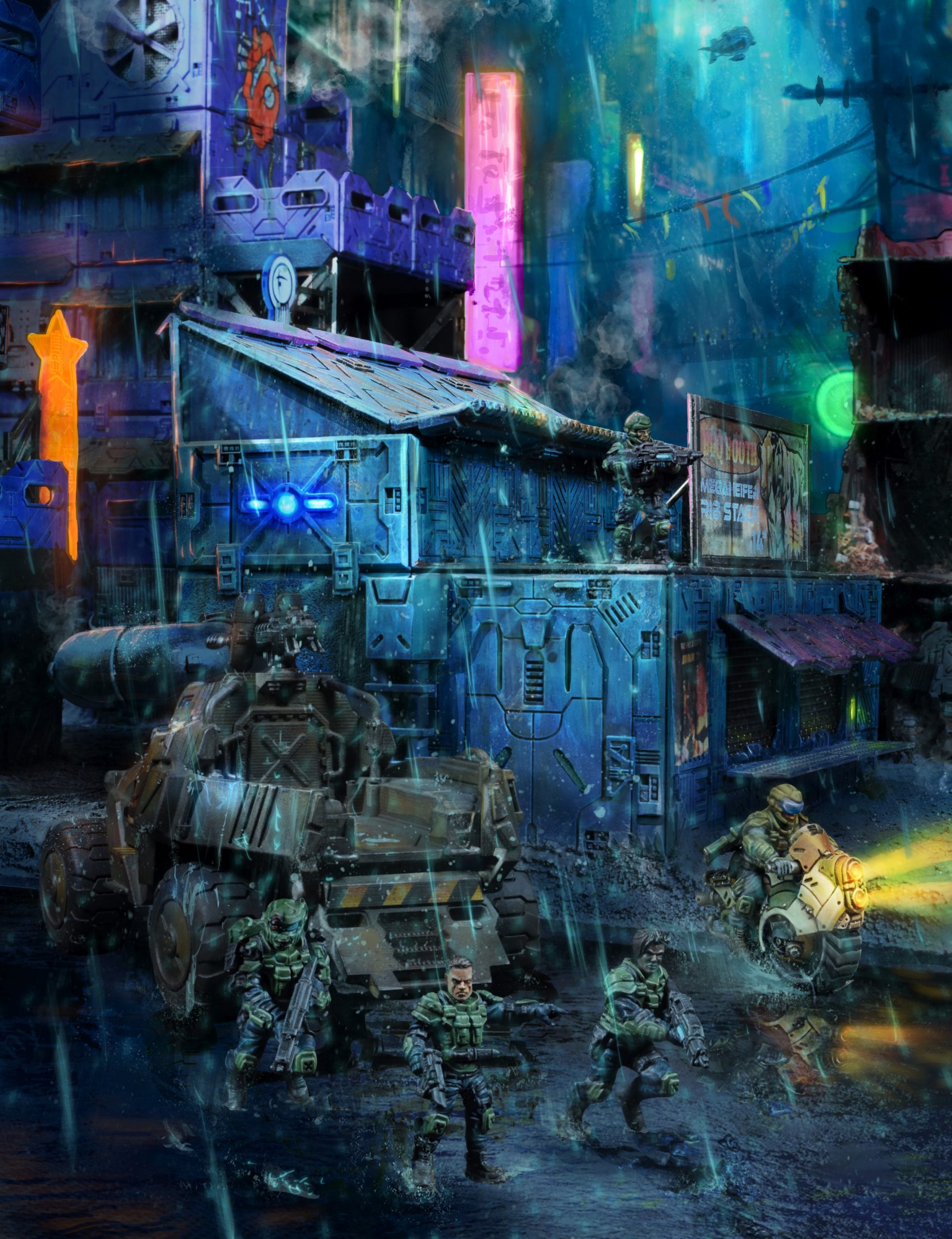 More planets fell in the months Ichiban took to release its initial trooper, but finally the test subjects were declared battle-ready, and prepped to be released into the field. The first theatre which saw Ichiban Troopers in combat was what is now known as the Battle of Sushima Night. Orcs had seeded massive space barges know as ‘black hulks’ at known McKinley drop sites – powered-down and very hard to detect, ready to ambush navy ships en route to the front. The first batch of Ichiban Troopers were being relayed to Draconis Major when their convoy dropped out of McKinley space at Sushima Point – a military drop out point, directly into battle with one of these black hulks. Given the proximity of the ships involved, the GCPS commanders decided boarding actions would provide a better chance of victory, and the Ichiban Troopers were deployed via insertion craft. The battle was an overwhelming victory for the Troopers, however the conditioning and psychology of the Troopers had very much taken a back seat to the combat prowess in their development, and the orders given were explicit; to wipe out all combatants. On more than one occasion, after a Trooper detachment had wiped out an Orc vessel, they turned on the Marine-crewed transport craft and killed the human soldiers there also. It was still, however, a victory, and widely reported on the CorpsNet’s infotainment channels, omitting only the deaths of the Marines.

After the Battle of Sushima Night, Project Ichiban’s advances came more swiftly as battlefield testing allowed for a slew of data. There were many victories for the GCPS, although just as many losses. One of the most notable was the loss of Tranquillity. Tranquillity was a Third Sphere planet, one of an increasing number of established metropolises affected by the Rebellion, and an absolute must-win for propaganda and morale purposes. The battle, however, did not go well. There were thousands of Orcs on-planet, and massive battles were fought in an effort to retake Tranquillity. The Troopers proved effective, but there were just not enough of them. In the end, the decision was made to bombard the planet with a poisonous gas, developed for the sole reason to overcome and shut down the Orcs’ robust metabolism. However, until that point it was untested in field conditions. Most Marines were pulled back, leaving only some gas masked Marines and the Troopers to fight a rear guard. However, the human-made battle suits the Troopers then wore were not secure enough against the gas. It seeped in, twisting the bodies and minds of the Troopers, who turned into mindless, uncontrolled, twisted automatons. Tales from the fleeing marines of the twisted Troopers turning on them and each other in a green, under-lit cloud are the thing of nightmares. 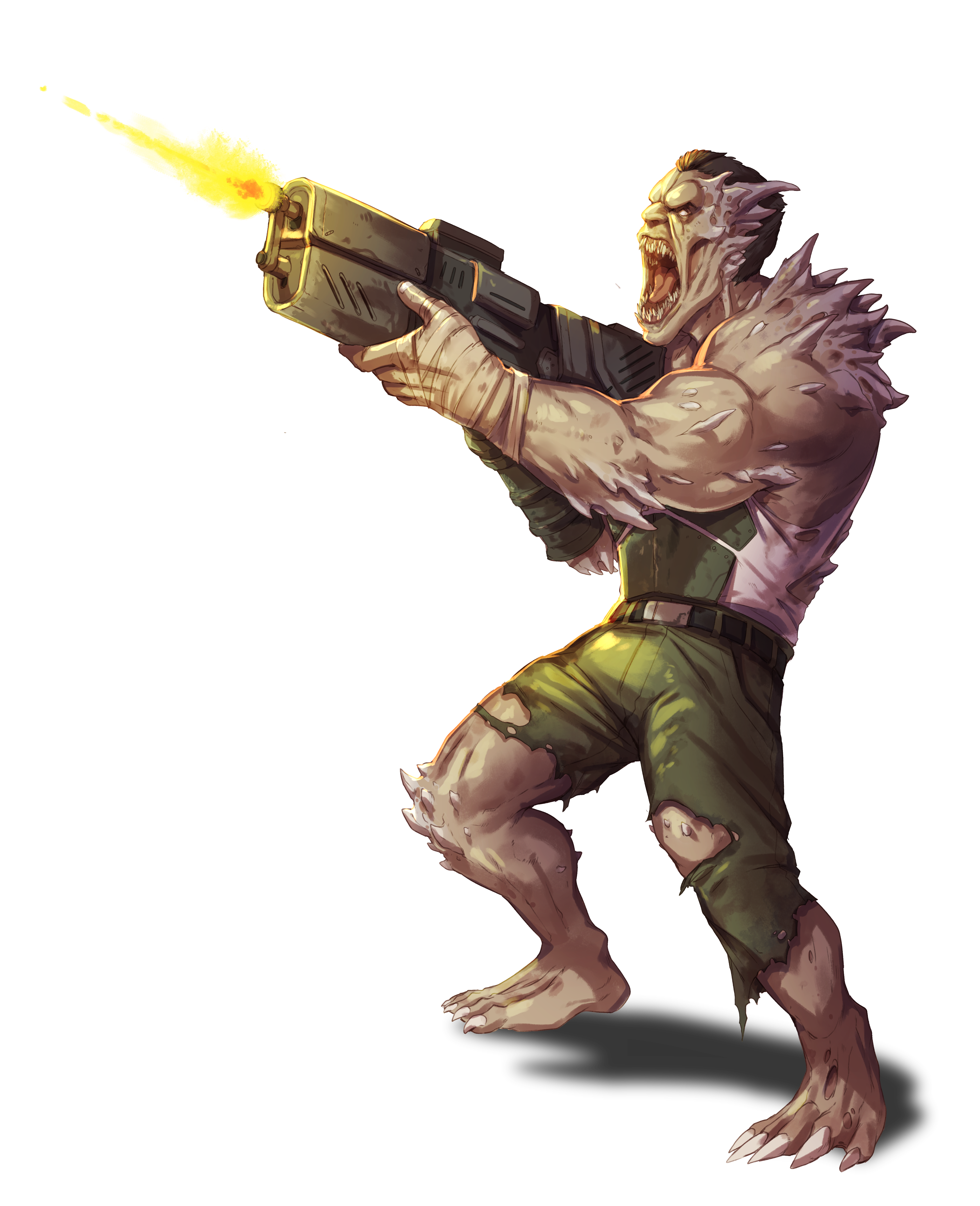 However, despite the successes of the Ichiban Trooper, the project could not produce enough. More were required to counter the growing fronts of war – the Orcs, and now the ever-increasing slave revolt. Unless something changed, the Orcs would overrun the entire Third Sphere, robbing the corporations of much of their heavy industrial and food producing centres. From there the core worlds would either fall to the Orcs or starve.

It became obvious that unless the Council did something the GCPS would be destroyed. After much deliberation they decided that an all-or-nothing gamble was their best chance of success, and while victory would cost a high price, they would survive, and the Council’s grip on the GCPS would be so much stronger than it would otherwise be. The first step in the plan was a mass evacuation of almost all Third Sphere worlds to the Nihil Rex system. While the corporation armies held up the Orc forces as long as possible, labour and materiel were shipped to Nihil Prime and held there, before the remaining corporation troops staged an orchestrated retreat back to the Nihil Rex system. Nihil Rex was baited, and the trap was laid. The system bristled with over half of all GCPS military forces – foot soldiers on the planets, navies in the void. It was the single greatest concentration of human troops ever, and to access the riches of the Core Worlds, the Orcs would have to go through it.

The Marauder forces gathered and, as predicted, assaulted the system without hesitation. The fiercest fighting was around Nihil Prime, being the system’s largest rocky planet and loaded with the military hardware the Orcs had been so eager to capture in the war. Once all the Orc forces were engaged within the system the Council launched the second, secret phase of the plan. The star Nihil Rex was a white dwarf; its energy depleted, it was slowly dying and would go supernova in the next few million years. In the meantime Nihil Prime had become a vacation destination for the kind of rich tourists who believed bathing in its blue-white light would ease old joints

What the Council had done was place a lattice of high-powered McKinley drives around the star. When all the Orcs were within the Nihil Rex system the drives orbiting this star fired, each opening the mobile black hole which pulled the drive though, and plunging into the star’s core. There they opened the destination in the drive’s coordinates; the core of Nihil Rex. The blackhole pulled through billions of tonnes of hydrogen fuel, reigniting the fusion within the dying star, and kick-starting a super nova. The star exploded. An eruption, powerful enough to drown out the light of distant galaxies, exploded out across the Nihil Rex system, headed by a wave of shocked gas – molecules shocked into such agitation by the explosion that their very movement was enough to shred organic compounds – travelling at almost a quarter of the speed of light. Even at speeds of 100km per second the shock wave would take 46 days to reach Nihil Prime. In that time the Ichiban Troopers had orders to to hold the Orc troops there, pulling out at the last moment as the light waves, travelling slightly faster than the shock wave, made Nihil Rex appear to bulge, glowing in the sky. The corporation Marines fought on, unaware as the Ichiban Troopers pulled back, evacuating the planet and triggering their McKinley Drives in dangerously low orbit, fleeing the doomed system 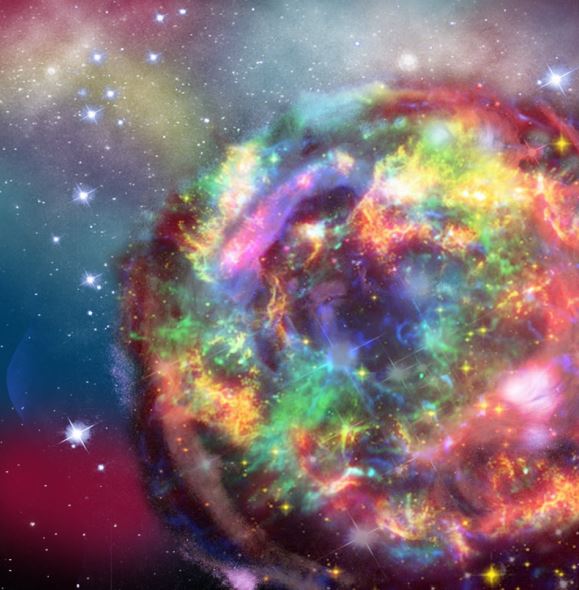 The plan worked, and almost every Marauder in the Rebellion was destroyed in the Nihil Rex super nova, as were over half the remaining corporation military forces. When the Council proposed it retain authority after the Rebellion was confirmed to be over, the corporations, weakened both militarily and financially, either gratefully accepted or were in no state to object. The Council solidified its authority on the GCPS, drawing up laws binding all corporations under its rule, and increasing the scope of Project Ichiban – now producing the ubiquitous Enforcer troops – to impose those laws when a corporation broke them.