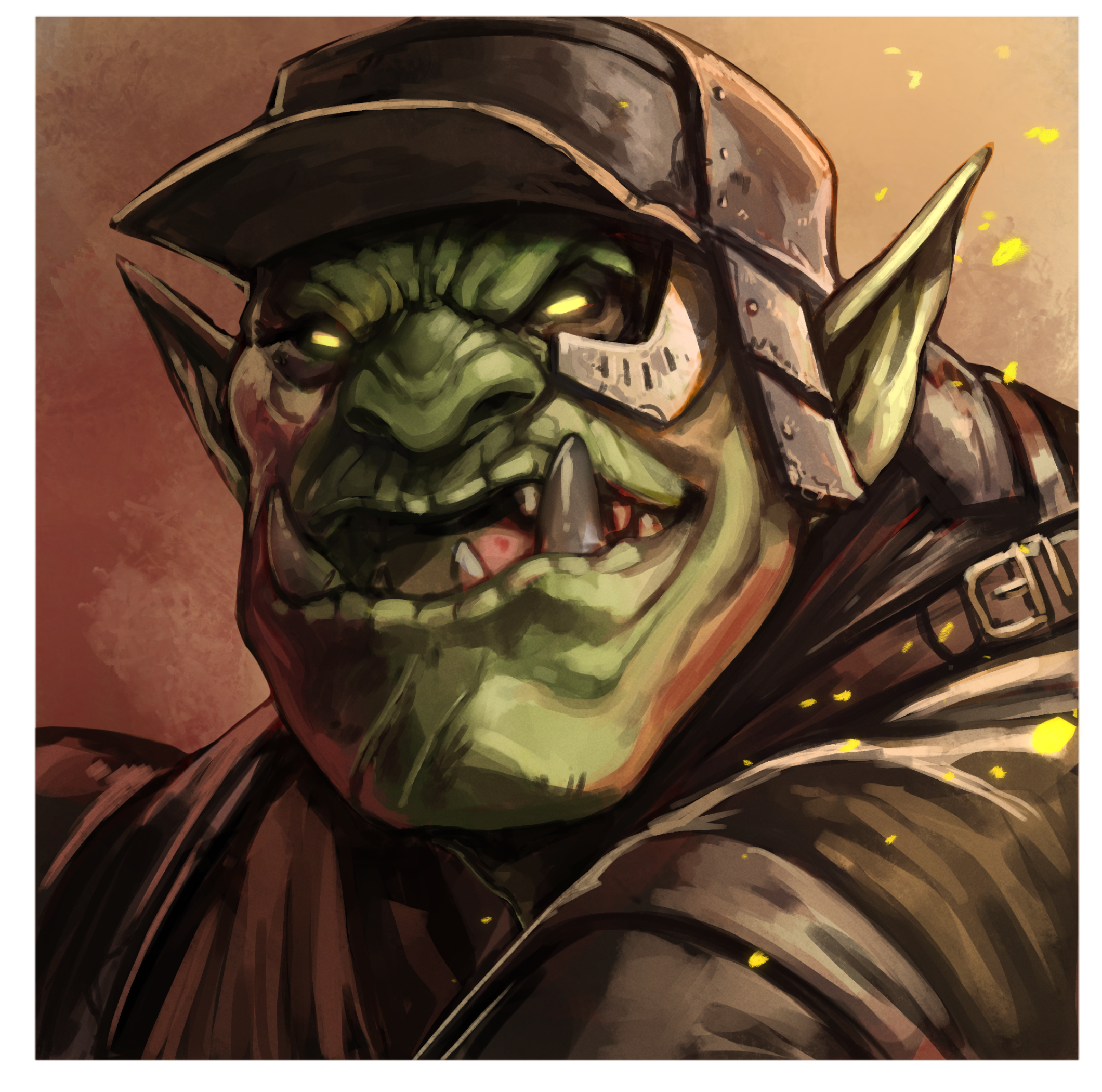 Romasko put out an emergency request for aid to any corporation with a nearby military presence. As is usual in these situations, response was considered by neighbouring corporations, weighed to what benefit could be obtained for themselves, and then swift negotiation was made with Romasko, laying out what aid would be sent and what the helping corporation would gain in return.

In that time, another two systems bordering TCx87653c had also dropped communications, and another of Romasko’s newer holdings – the formative agricultural planet of Anteaus VIII, 30 light years core[1]ward from TCx87653c and home to 15,000 Orc troops – also ceased communication. 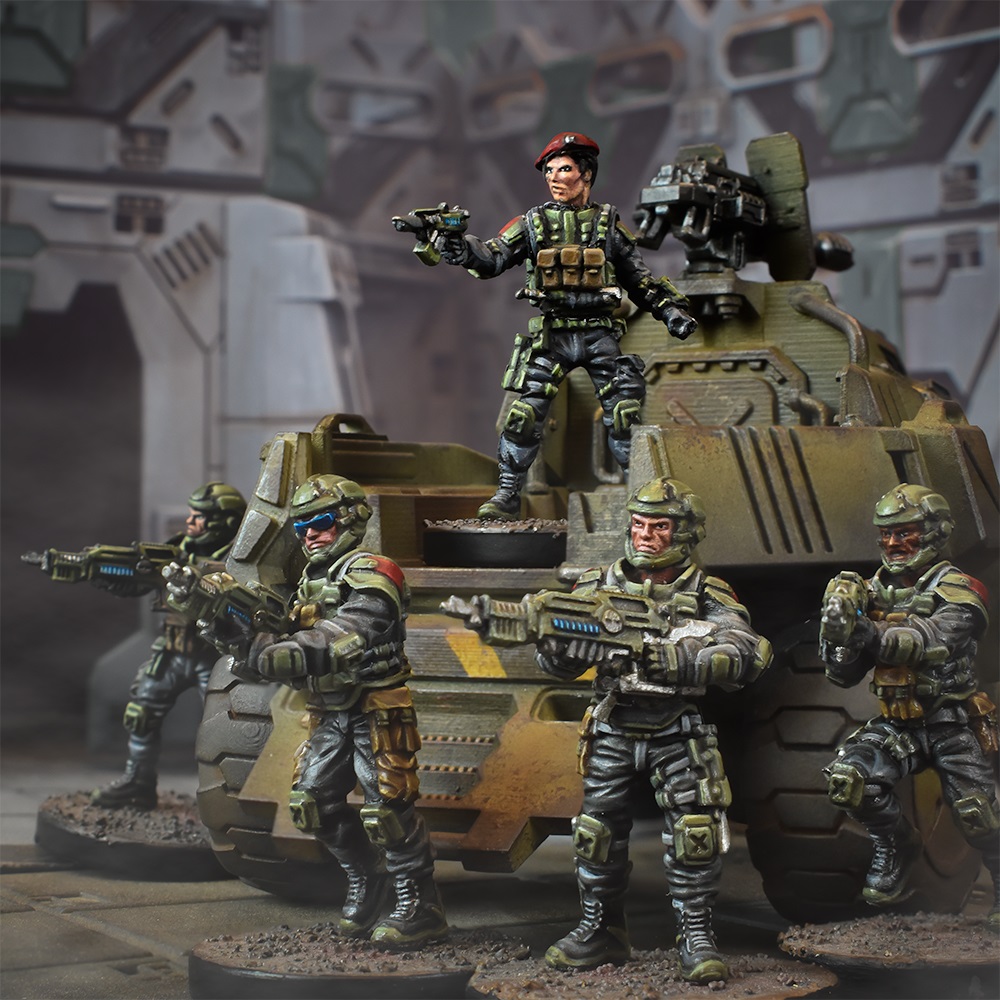 Of the three Marine battalions sent to TCx87653c, the first to arrive was the 12th Mechanised light infantry from Accutek. The 12th’s commander had the good sense to initiate standard insertion procedures into a hostile warzone. That one act saved the entire landing party, as what they found was a world stripped of its ready assets. Of the 80,000 plus Romasko soldiers and staff there was no sign, and of the 20,000 Orc Commandoes there were only a few thousand left, dug in and prepared to fight the GCPS reconnaissance parties they knew would be sent. Despite the overwhelming numerical superiority, the human troops had been decimated, with only the regiments held in reserve and well away from the planet spared any casualties.

The commander relayed his findings back to Accutek and Romasko, but could not answer the question of where the remaining Orc troops were. The answer came back almost immediately from the second relief force en route to TCx87653c, the 4th Heavy Division of MiGan – whose convoy was assaulted inter system by a navy broadcasting the ident codes of the Romasko navy, but crewed by what had to be the missing Orcs from TCx87653c. The only reasoning behind this action was that the Orcs had actively turned against the GCPS, and were turning the knowledge of the procedures and practices drilled into them as part of the GCPS war machine against their erstwhile masters. As per the protocols of a general call for aid between corporations, this knowledge was available to all corporations across the CorpsNet. The third relief navy from Habcorp, upon hearing of the assault on the Mi-Gan battlegroup, cancelled their contract of aid.

The next series of events happened in the exact order the group of seven expected. Accutek and Mi-Gan similarly cancelled their agreement to aid Romasko, citing danger not declared in the contract as a way to back out of their respective deals, and began to pull back their militaries as swiftly as possible. Meanwhile, within the Mandrake sector more and more planets fell to Orc attacks, which were suddenly erupting on an increasing number of Romasko worlds. The Romasko military, so heavily reliant on the Orc mercenaries, could do nothing in return, and the sector Gavriel Mandrake

The final steps of the group of seven’s plan had been to announce the presence of Project Ichiban – the ultra-secret project to create a human super-soldier that would, ostensibly, crush the Orc uprising and be the saviour of humanity. The soldiers produced by the project would of course do that, but afterwards they would also be the loyal foot soldiers of the Council – their fist, ensuring they would not relinquish their newfound control. However, the project was vastly expensive, and the group would rely on the other corporations’ panic to secure a pan-sphere levy to fund the project and finish off what the seven corporations had begun.

The seven corporations proposed to make up a body to oversee and organise the retaliation to the Mandrake Rebellion as it had already been named. They reasoned a group would be less likely to act in the interests of any one corporation, and not a single dissenting voice was raised against the proposition. The Council of Old Earth, as it came to be known, also gave the seven corporate heads who initiated the Rebellion its name – the Council of Seven. Not a moment was lost. Plans which had been laid years in advance swung into action. The Council’s generals, knowing exactly the positions and troop counts of every corporations’ armies, began a massed coordination to stop the spread of the advancing Orc armies. A call to stop the extermination of non-rebellious Orc battalions was considered in order to use this precious resource in the war effort. However, in truth the Council had also been rattled by the amount of apparently un-affiliated Orcs who had risen up across the GCPS, and decided caution was the better half of valour, allowing the exterminations to continue 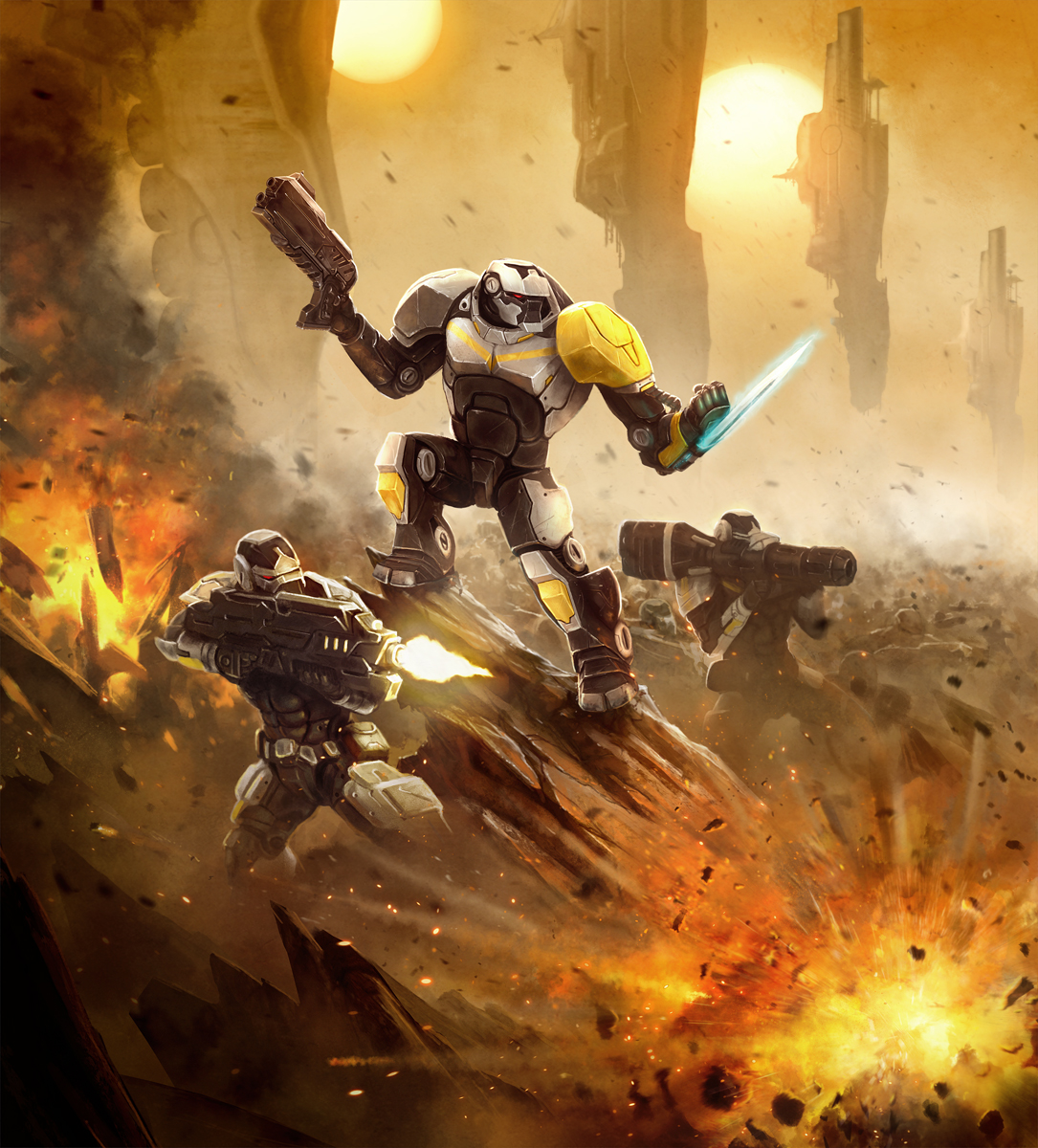 The plan had been originally to form a cordon around the Mandrake Sector and hold the Orcs in place as funds and resources were leveraged from all corporations to complete Project Ichiban. However, the Rebellion’s unexpectedly rapid progress had overtaken even the worst case scenarios planned by the Council’s military, and that was before the unconnected uprisings in the Third Sphere were taken into account. To counter this, additional military resources were pulled from across the GCPS to form mobile pickets behind the defensive Mandrake lines. These pickets were responsible for responding to the uprisings within the sectors so-far unaffected from the main Rebellion, and also the increasingly numerous raids from Orc flotillas which had broken into the Third Sphere before the defensive cordon was established. However, it soon became apparent even these additional forces would be overwhelmed as the Orc forces within the GCPS at large adopted a new tactic. Slavery had become an increasingly large industry within the GCPS. Indentured service was a fact of life for millions of humans within the space of corporations who took a more direct view of the value of labour, and in some corporations there were many ways in which a person could become the property of another: gambling, escrow, indebtedness, even just being born the child of two slaves. This meant within certain systems there could be thousands, even millions, of slaves. And in those systems the Orcs raided they had begun to release and to arm these slaves. It was a masterful tactic. A human slave was of little use to an Orc. The human physiology could not stand the hard pace of Orc life for more than a few months before the slave would die, but the Orc chiefs recognised a tactical possibility when they saw it, and now the GCPS, instead of having one enemy within their borders, had two…

The shock attack role of the first Orc troops employed by the GCPS necessitated the use and mastery of fast and lightly armoured vehicles. Though many years have passed since Mandrake, many Orcs still find great utility in three and four-wheeled ‘Raptor’ buggies, armed with an explosive ordinance or projectile weapons.