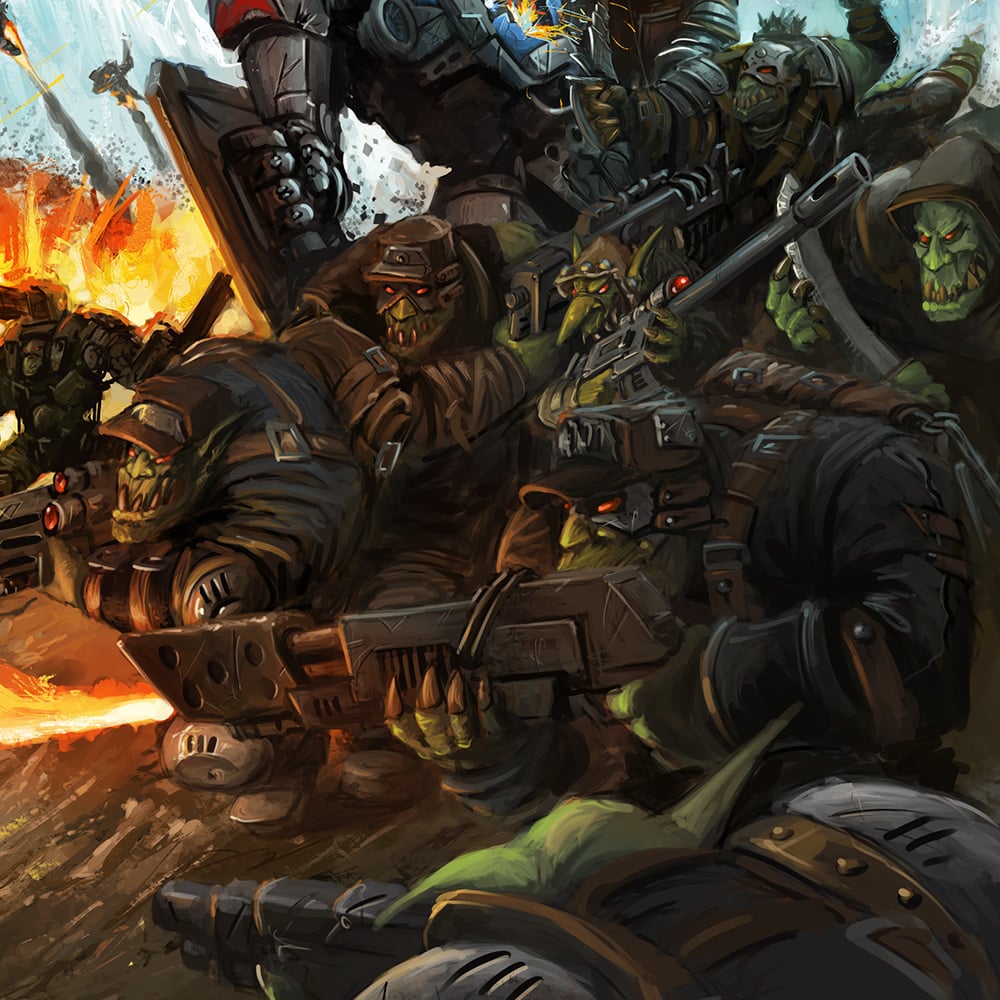 The event known as the Mandrake Rebellion is scored into the mind of every sphere citizen. It’s not remarkable that in a history replete with betrayals and double-crosses the Mandrake Rebellion should be so well known. After all, it is one of the few events which came genuinely close to destroying the GCPS, and the study of its official history is mandatory across all schools sphere-wide as both an example of how alien races are not to be trusted and of the importance of a central governing agency to guide humanity. Less well known is the Rebellion’s cause, and for good reason the Council will do everything within its power to keep that knowledge secret.

Since the discovery of the Goran system, Orcs had become more and more numerous throughout corporation armies, and for good reason. They were cheaper than human soldiers – needing almost no training to be combat effective – and were almost unbelievably aggressive. Corporations traded battalions of them as they would any other commodity, buying up troops as they sought to conquer another system, and selling them on once the fighting was finished. This almost centrifugal motion meant most of the Orc battalions were on the very edge of Fourth Sphere space, away from the core worlds and the interests of the oldest corporations. The group of seven predicted that a mutinous army of Orcs, rampaging through the new Fourth Sphere colonies, would soon see the young corporate owners of those colonies calling for coordinated action to defend their holdings. And into this void would step the group. The preparation for the event took years of meticulous research and planning. Of the hundreds of corporations spread across the outer cusp of GCPS space, the group’s agents identified Romasko Holdings as the prime candidate to act as their unknowing patsy. The now-defunct Romasko was one of the younger batch of adolescent corporations born of the cataclysm of the Tender Wars at the end of Third Sphere expansion. In Romasko the group saw a corporation with large enough reserves that a sudden increase in activity would go unquestioned, but small enough compared to some of its peers as to be hungry enough to take some questionable risks to position itself as a leader in the GCPS’s expansionist groups.

The plan was initiated when a shadowy figure is said to have appeared in the boardroom of Romasko’s headquarters, during a planning meeting of the corporation’s heads. The group of seven had long used agents from other races as go between, and the choice to go with the individual known only as ‘Blaine’ worked perfectly. 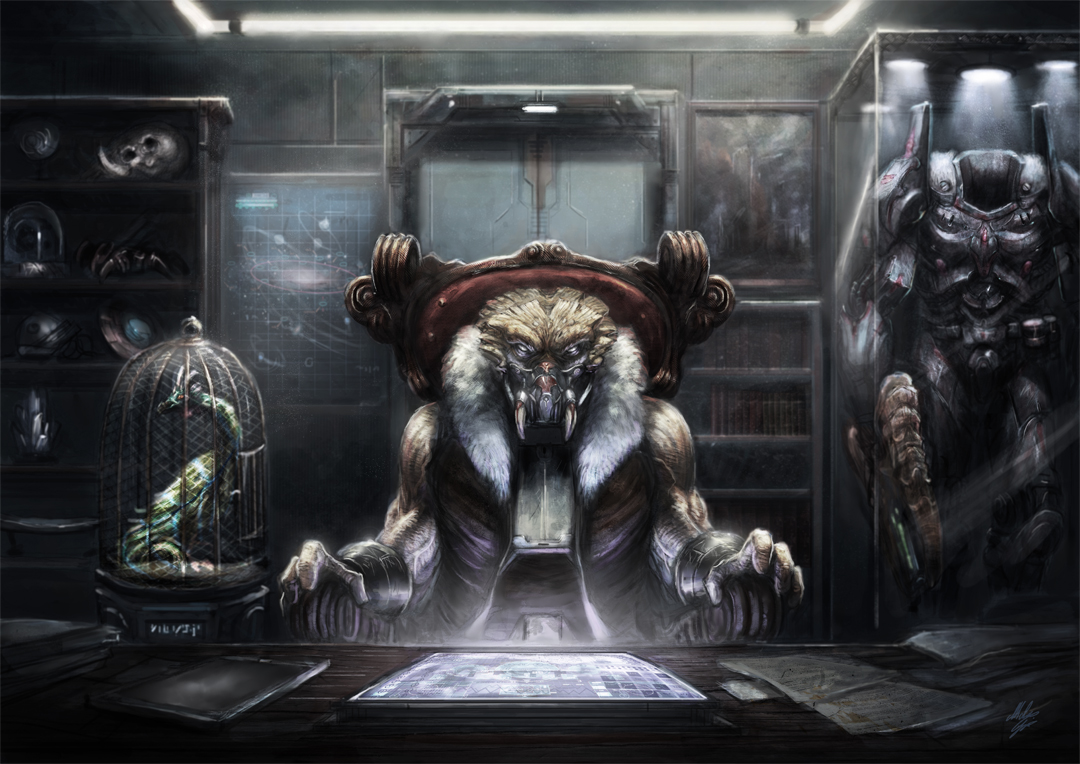 The story goes that during the board meeting, when only the department heads were allowed in the room, the doors opened and in walked Blaine. The building’s communications suddenly did not work, and the alarms which should have activated the moment a non-employee walked into the room did not trigger. Despite Romasko’s heads fearing an assassination attempt, Blaine gave them a business proposal – that Romasko would, in the near future, act as an ambassador of the GCPS to an as-yet-unencountered alien civilisation, that when this race chose to make itself known to humanity Romasko would act as a broker, advocating cooperation and trade. In return Romasko would receive an almost unlimited supply of funds to do with as it pleased. How the meeting went exactly is unknown. Almost certainly it was recorded and minuted minutely, but the Council have hunted down all data from Romasko’s servers since, destroying all evidence. What happened afterwards, however, is a matter of public record. Romasko went on an expansion spree. In that time, when power was marked only in how many systems a corporation owned, Romasko used the sudden windfall to take its place as the largest Fourth Sphere conglomerate, and it did so with the only tools that could do the job; Orc mercenaries. Within months, Romasko bought up almost all the Orc battalion contracts in the Fourth Sphere. Their movement out into what would be the last stage of the Fourth Sphere’s expansion was the quickest growth spurt in GCPS history. The CEO of Romasko was so pleased with its progress he could foresee a time in his own life when Romasko would be ranked among the wealthiest and most powerful corporations in the GCPS, and decided it would be a fitting tribute to his tenure that he named the newly claimed sector after himself; Gavriel Mandrake. The GCPS was at Romasko’s feet and Mandrake knew that soon the oldest corporations would come to him for support.

Then the money stopped… 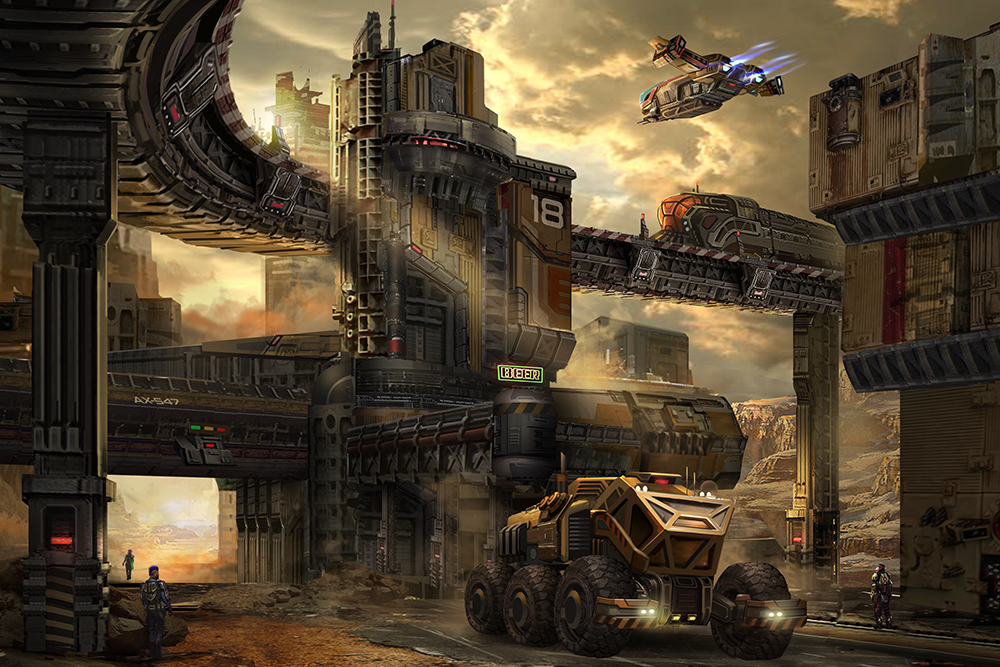 The engine Romasko used to power its expansion was the Orc battalions; tens of thousands of battle-hardened Orc Commandoes who had become accustomed to the regular and easy payments from the reserves Romasko were receiving from their unknown benefactor. Payments which stopped with no warning. Blaine, who until that moment had been Romasko’s only point of contact with the unknown alien race funding them, disappeared, and Romasko found itself holding the leash of a soon to be angry, and very dangerous animal.

The group of seven sat back and waited for the inevitable repercussion. The first sign of the rebellion was disappointingly subdued. The planet TCx87653c, so recently conquered it had yet to be officially given a name, abruptly went dark. TCx87653c was listed to have over 20,000 Orc troops on-planet, and in excess of 80,000 Romasko Marines as well as navy assets and personnel. But the tumult of communications coming from TCx87653c – lists of resources seized, potential mineral exploitation data, the necessary infrastructure to take full advantage of the planet’s potential – simply ceased.

Most of the GCPS’ deployments are within their own borders – supressing civil unrest or eradicating insidious alien incursions. In the tight confines of the city sprawl, troopers are equipped for close quarters. Shotguns and Suppressor shields, backed up with TAC drones yield reliable yet brutal results.