The Twelve Days of Mantic Christmas #9: Heroes of Mantica

Heroes are what drive games of Dungeon Saga. Whether you play the overlord or the treasure hunters themselves, everything pivots around them. Whilst there are a large variety of these to choose from in the expansions to the game, with more coming, the Adventurer’s Companion – a book so popular that we’re out of stock – you can create your own Dungeon Delvers. 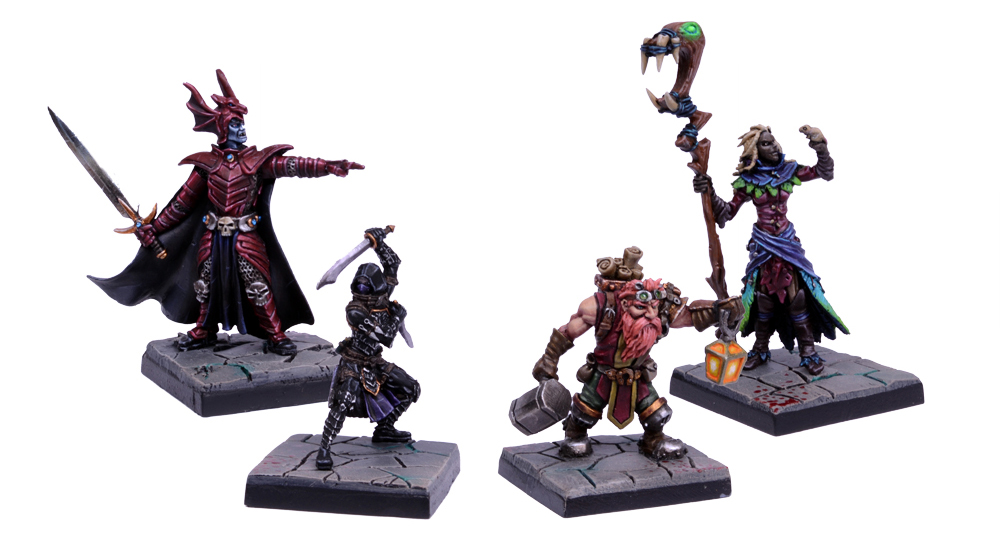 Firstly, there is Ravenna, a witch – my favourite of the group. Enric, the Butcher of Stryania is a heavily armoured vampire – found in the Destiny of Kings excusive scenario. The Dwarf Engineer, Gunn, is stacked with adventuring equipment, as he is only in this for the gold. Finally, there is Helkan, the deadly Twilight Kin Assassin, whose motives are unknown. You can add these to your own troupes of heroes, or filed them together,

Of course, these models would also be ideal as heroes for Kings of War. Ravenna is an ideal wizard or druid. Enric would clearly be at the head of an Undead army, perhaps enthralled by Lady Ilona? Gunn would make a very characterful Warsmith, or perhaps a Dwarf lord of the Free Clans. Finally, Helkan is Twilight Kin Assassin, but could also be fielded as a Master Hunter or Dark Avenger.

The Heroes of Mantica hit retail shelves in March, alongside Infernal Crypts – the Abyssal expansion for Dungeon Saga.