We’ve got a couple of busy weeks, as Zak and the Mantic team head out across the UK to attend some great gaming events.

We’re getting ready for Hammerhead in Newark this Saturday, so make sure you pop by and say hello on the day. We’ll have some of the brand new Trident Realms kits, along with our show exclusive miniatures (like the awesome Varangur Dungeon Saga hero below). We’ll be running demo games of The Walking Dead: All Out War and Dungeon Saga throughout the day too. What’s more you’ll also be able to see a few Kings of War historical demo games, including undead against a Roman army, and the Chesterfield Open Gaming Society will be in attendance for a huuuuuuuuuuge Kings of War game. You’ll find us in the Cedric Ford Pavillion and we’ll see you there. 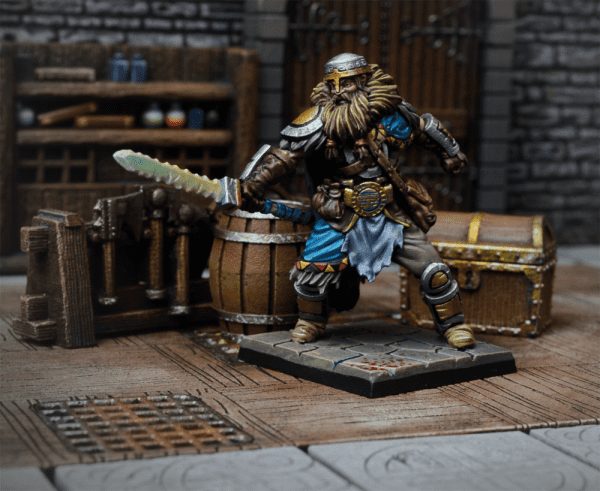 We will also be heading to Yorkshire, to take part in the Airecon gaming festival, at the Harrogate International Centre. Again, we’ll be giving you the opportunity to try out The Walking Dead: All Out War and Dungeon Saga, if you haven’t had a chance to see how much fun these games are. And if you’re really lucky, we may have a limited number of our March new releases before anyone else 😉