How to use Kings of War Battlefield Cards

The Kings of War Battlefield Cards provide a new challenge for generals. Using these cards you and your opponent can create dynamic and randomised scenarios that include adverse conditions, cunning strategies and crucial objectives. To show you what it’s all about I’m going to go through the set up and use of these cards in a game of Kings of War. All of these instructions can be found on the instruction cards included in the pack. 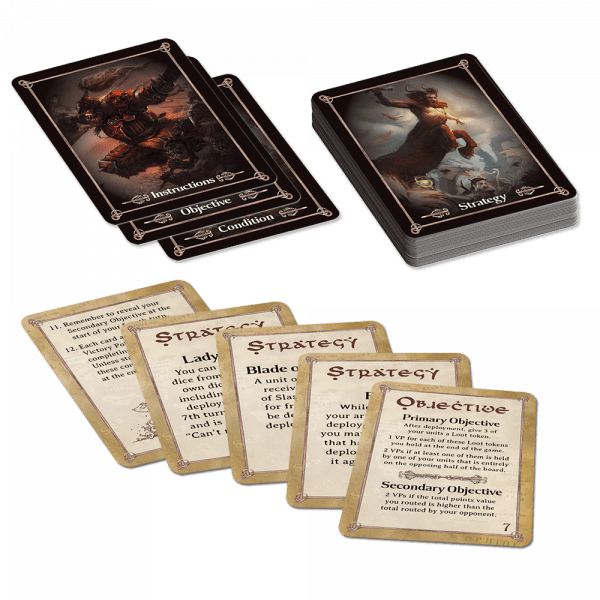 Firstly, you need to shuffle each of three sets; Objective, Condition and Strategy. Then, roll-off to choose table sides as you would in a normal game of Kings of War.

The two objectives closest to the centre line and the central objective are called field objectives, the others are base objectives. You can also use the cards in normal Kings of War scenarios – just skip the objective part and the Objective card deck. 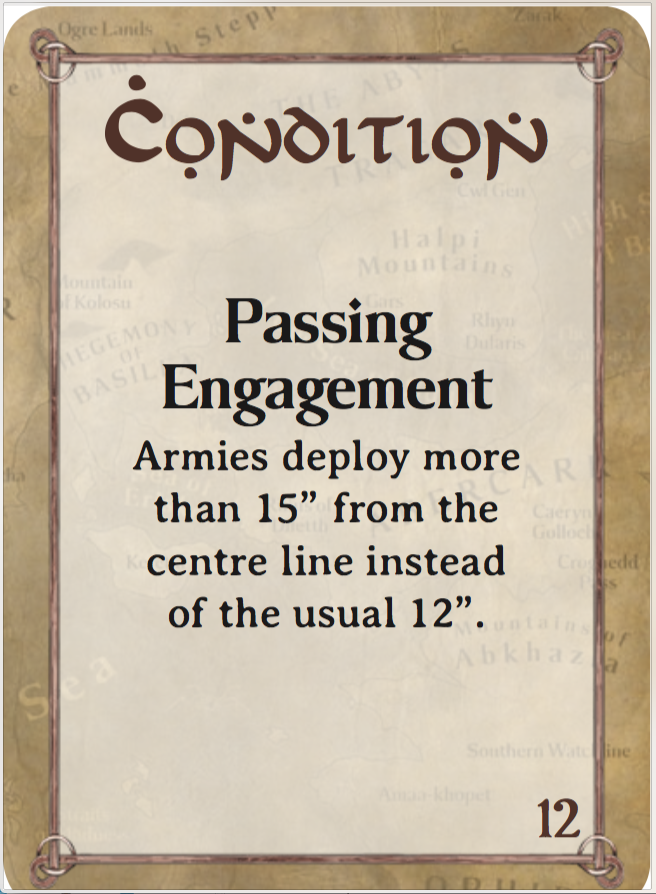 Onto the cards! The player who won the roll-off to choose sides draws a Condition card. These represent weather or events that may affect the battle to come. In this example I’ve won the roll-off and drawn the Passing Engagement card, which means that the armies must deploy 15” away from the centre line, rather than the standard 12”. 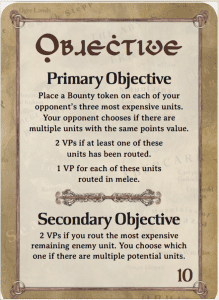 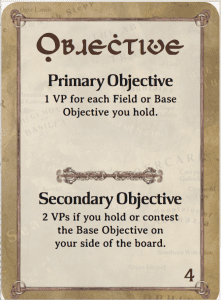 So in this example I’ve drawn the following two cards. Deciding which objectives to use a tough decision, usually based on what kind of army you’re fielding. I’m going to take the holding objectives as my primary, which makes routing the most expensive enemy unit my secondary. These two work well together, as logically, I can play a defensive game on my side of the table and my opponent will most likely use one of their better units to shift me from my objectives. If I can rout them and hold my objectives, I am rewarded with many Victory Points. 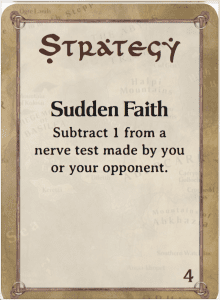 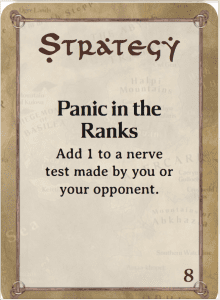 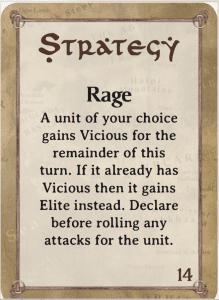 For my army, I’ve drawn the Rage, Panic in the Ranks, and Sudden Faith cards. I can play these at any time when their effects are relevant. So, Sudden Faith subtracts one from any nerve test made by me or my opponent, and so can be played in either my turn or my opponent’s, when we’re rolling a nerve test. You can only use each of your cards once in the game.

From there, simply deploy and play the game as you normally would. Remember to reveal your secondary objectives in the fourth turn. At the end of the game check your objectives and total up your VPs – the player with the highest total wins.

These cards are a great way to change your games of Kings of War and introduce totally new ways to play. What do you think? Will you be using the Battlefield Cards in your games?