Venture into the Abyss

This month sees the release of a brand new expansion for Dungeon Saga – The Infernal Crypts! Enter the heart of all evil in Mantica and face the demonic Forces of the Abyss – red-skinned devils who live among lava and flames. You know what they say – if you play with fire, you will be burned. 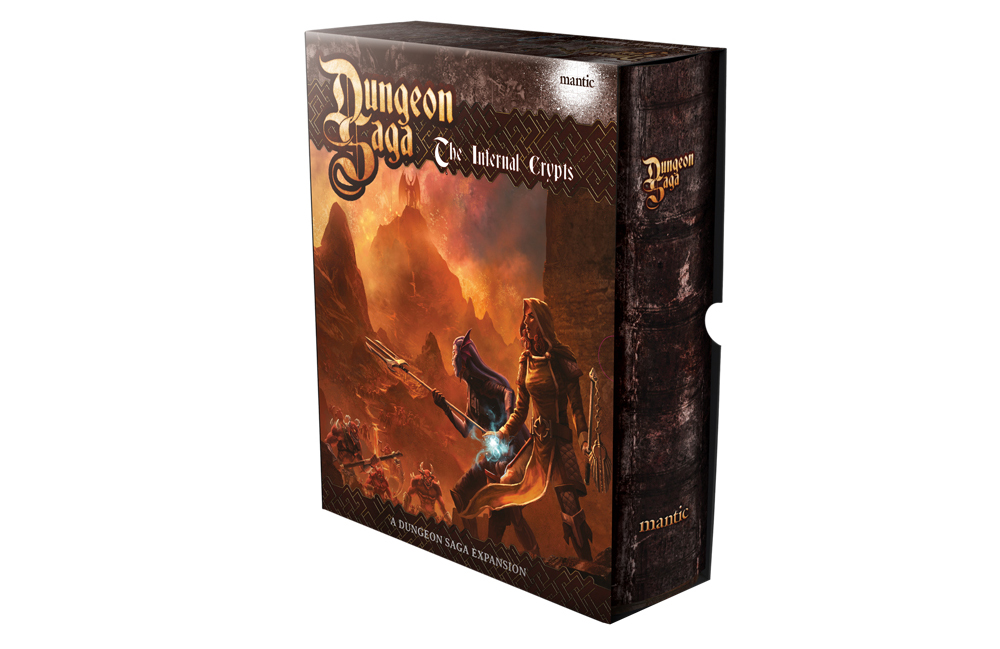 Like our other games in the Dungeon Saga range, The Infernal Crypts comes in a lavishly decorated book box – containing all of the rules, miniatures, dice, tiles, tokens and cards in a safe package. There’s a slipcase to protect the cover, although you can go without this is if you choose to and just use to book box.

The contents build on those found in Dungeon Saga: The Dwarf King’s Quest – so you’ll need a copy of that to play. This expansion includes two new heroes – Arianya and Venetia, eighteen new Abyssal minions, a new villain – Drech’Nok, a new Adventure to play through and a new dungeon, complete with lava tiles. 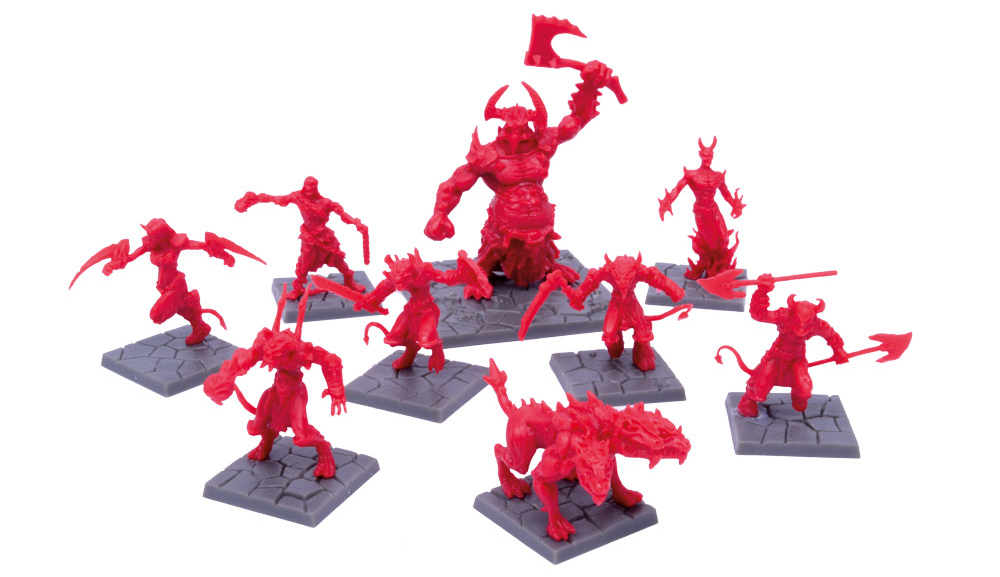 The Forces of the Abyss found in this set are some awesome models. cast in red plastic, they draw units from all over the Abyssal’s background. From the giant, lumbering Molochs to the sorcerous Efreets, each model is characterful and highly detailed – you can even make out the veins running over the Moloch’s musculature! My personal favorites are the Lower Abyssals – cackling, darting devils who wield wicked weapons and sport devilish grins. They form the foot soldiers of your minions – holding the adventurers at bay at the cost of their own short lives. Abyssals have the additional in game power of being able to walk through lava unharmed. This gives them a major advantage over the heroes, who’re considerably more flammable. These awesome models are also available on their own in the Denizens of the Abyss – for those of you who want to expand, create your own dungeons, or even us the models for other games, such as Kings of War. 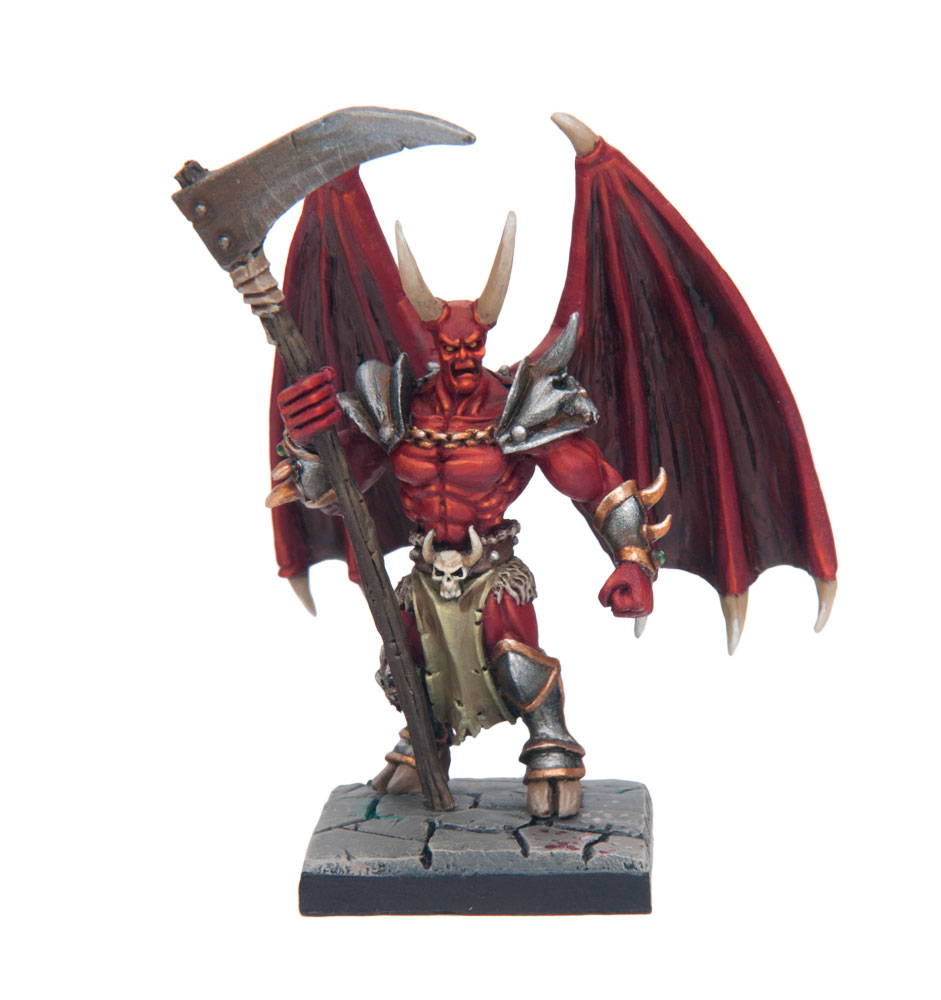 Drech’Nok the Destroyer, is a champion of the Wicked Ones, and your antagonist whilst abroad in the Abyss. He is the Overlord of The Infernal Crypts, controlling the legions of demon within. In a similar vein to Mortibris, Drech’Nok controls the dungeon using cards and his minions. The Abyssal Overlord has access to a different deck than others, adding cards that control the lava flows and heat of the Abyss. His minions are more powerful than the undead, commonly have more than one wound, with a lot of ranged attacks across the board. They lack the lieutenants of the Necromancer, but make up for it with unique and devastating attacks, such as Hypnotic Gaze or Halo of Flame. These creatures will be a tough challenge to tackle for your determined heroes. 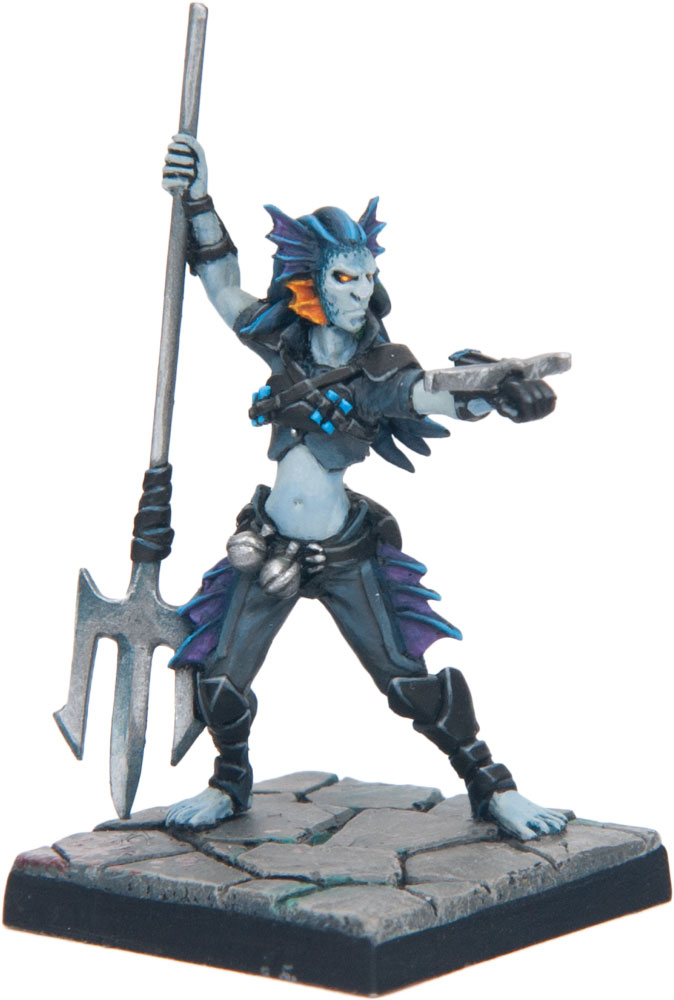 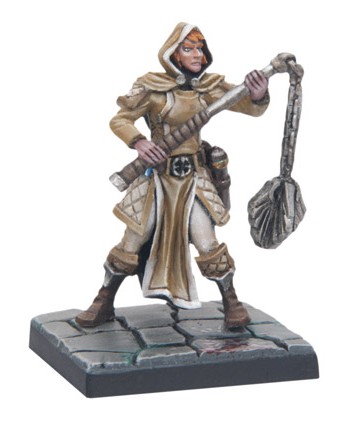 Speaking of heroes, the game uses the barbarian and wizard from Dungeon Saga: The Dwarf King’s Quest as well as introducing two new heroes to the mix – Arianya and Venetia. We’ll be taking a closer look at these two later today, so for now, just enjoy the models in all of their glory. These four heroes are enlisted by the eccentric Wizard Furiel to seek out a rare and powerful alchemical ingredient. What the wizard fails to mention, however, is the herbs is only found in the Abyss, in the realm of Drech’Nok. He teleports the ill-prepared adventurers into the Abyss, at which point they are left to locate the ingredient and fend for themselves. 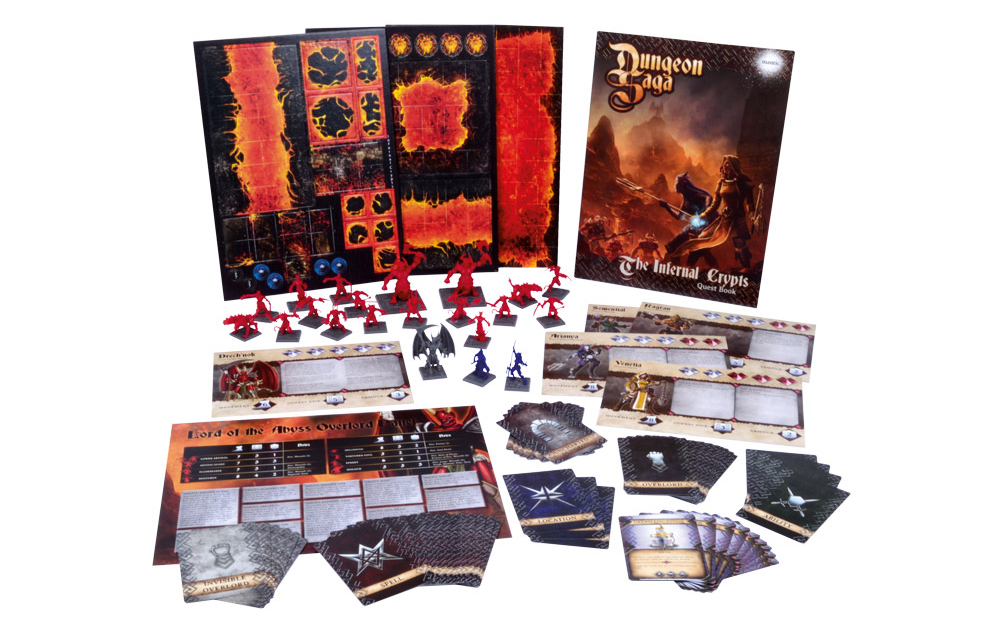 For those of you with the Adventurer’s Companion, The Infernal Crypts add a number of extra cards to your collection. Items such as Firewalking Potions and Seafoam Armour are added to your armoury, whilst there are new abilities for your heroes – Stalwart (1), Relentless and Nimble. There are also some more Location cards for down time between games, Invisible Overlord cards, Uncharted Dungeon layouts and finally, spells. All of this plus the miniatures and tiles add hours of adventuring for your parties.

If you fancy a closer look at all of these contents – watch our Unboxing video!

So, do you think you can brave the depths of the Abyss and emerge victorious?

Dungeon Saga: The Infernal Crypts and Denizens of the Abyss are available for pre-order now! They will begin shipping at the end of March.