The Walking Dead: Miles Behind Us Expansion

Wave Two of The Walking Dead: All Out War is almost here, so we thought we would spend some time on the blog looking at what you’ll find in the next batch of releases, including the Miles Behind Us expansion.

While Wave One was set around Rick Grimes waking up in hospital to find Atlanta overrun by Walkers, Wave Two sees the story move out to the countryside, as Rick and the gang meet up with Hershel Greene. Just in case you’re not familiar with the plot, Hershel and his family are holed up in their farm, seemingly safe from the attacks of the undead… however, it’s probably best not to ask what he’s keeping in the barn! 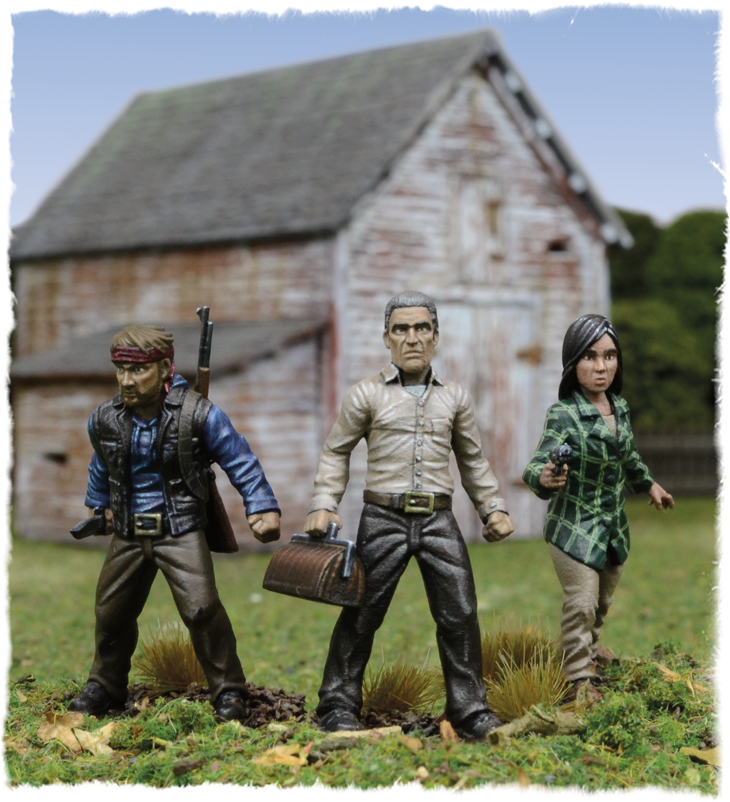 The centerpiece of Wave Two is a brand new expansion: Miles Behind Us. In this expansion you’ll find six story driven scenarios that detail the events surrounding Hershel’s farm. The scenarios can be played solo, if you want to experience the story for yourself, or you can play them co-operatively with a friend.

Each scenario comes with suggested participants, such as Rick or Glenn. But if you want to try out a different gang to see how they would survive in the same situation, you can use the suggested points limit to create your own gang. Perhaps Negan stumbles across the farm? Maybe even Brian Blake (before he becomes The Governor) teams up with Rick at the farm? You can let your imagination run wild (well, within the confines of the creating a gang rules, of course).

As for the miniatures included, you’ll get: 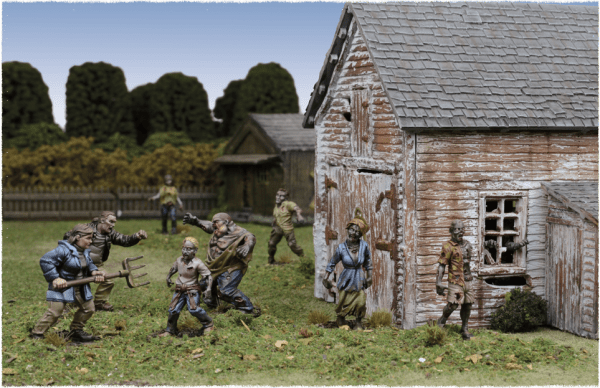 Along with the new scenarios and characters, Miles Behind Us also includes some brand new Event cards that you can slip into your normal games of The Walking Dead too. For example, Grim Recognition sees a Survivor panicking after they recognize one of the Walkers shambling around. While the Mega Herd Event can see a horde of up to nine Walkers entering play! Imagine combining that with There’s a Storm Comin’ *shudders*

What’s more, included in the expansion there’s also some brand new cardboard scenery: a large barn, tractor, hay bales and fences, plus a new paper mat to play your games on. Even better, the Miles Behind Us mat actually connects to the paper mat included with the Core Game so you can play much larger games. Of course, if you fancy upgrading your game then you can buy the deluxe versions of the Atlanta Suburbs mat and the Atlanta Camp mat. 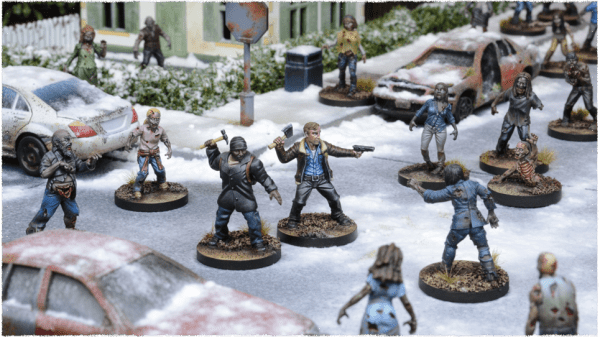 Finally another exciting addition to the Miles Behind Us Expansion is the inclusion of Advanced Rules for Campaign Play! A campaign is a series of linked games in which Survivors can improve their abilities by gaining experience – assuming they don’t die a horrible death, of course. Or even encourage new Survivors to join then group and increase the size of the gang.

The Miles Behind Us expansion will be available to buy individually in June or you can pre-order now as part of the Wave Two Mega Bundle.