The Walking Dead: All Out War Equipment Guide

It’s been a few months since we first launched The Walking Dead: All Out War and we’re seeing that people are starting to get to grips with the  advanced tactics to use the Walkers as an extra weapon against their opponents (just in case you need a little more help with that, there’s a video below). As the game grows in popularity – and with the release of the Organized Play Kit – we’re expecting the tournament scene to really kick off as well this year.

When it comes to tournaments though, it’s important to get your gang of Survivors exactly right. You’ll need to make sure you’ve got the best combination of Survivors and equipment to really take the fight to your enemy. To help with that later this month we’re releasing the Equipment Booster, which contains 55 Equipment cards, featuring a selection of cheaper items to help round off your list along with some completely new weapons. 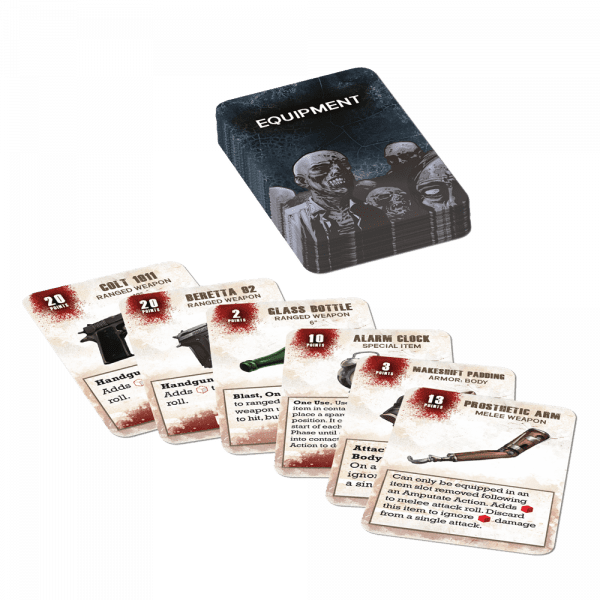 Well, we’re pleased to announce that we’ve just updated all The Walking Dead: All Out War products on the Mantic website to show the Survivor Cards and the equipment cards that are included. This means you can clearly see the abilities of each Survivor and the descriptions for piece of equipment, which should make it a breeze when it comes to planning your next gang! 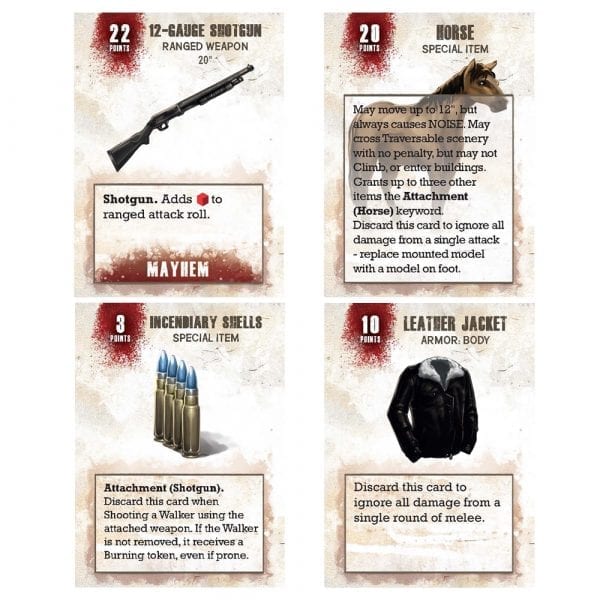 For example, fancy giving the Leather Jacket to Andrea? Well, now you can see that it’s included with the Rick on Horse booster. What about the alternate Survivor card for Carl, which gives him a better shoot stat? No problem, that’s included with the Lori booster. Perhaps you want Rick to have a little extra oomph by arming him with the Sawn-Off Shotgun? That means you’ll have to pick up the Carol booster!

As we release more waves (Wave Two will be heading your way in late May, for example), we’ll continue to add this handy resource to the Mantic website, so that when it comes to planning your next gang, you can clearly see what’s available and what you need to purchase. Use the comments below to let us know your favourite Survivor/equipment combos!