The Walking Dead: All Out War – Did You Get Bit?

The Walking Dead: All Out War Miniatures Game plays out as two opposing groups of survivors fight over the valuable resources. However, fellow man is far from the only threat in the world. The landscape is populated by Walkers; what’s left of the population of Georgia.

They’re slow and unarmed, but are much more dangerous than they first appear. They won’t go down easily and when attacking in numbers can be devastating. The only way to permanently deal with them is to score a head shot or to crush their heads once they have been knocked down.

The Walkers in the game are controlled by an AI system. There are three ways in which a Walker can be made to move. If a player gets too close, within the ominous ‘kill-zone’, then the Walkers will lunge to attack, biting and clawing at their precious survivors. 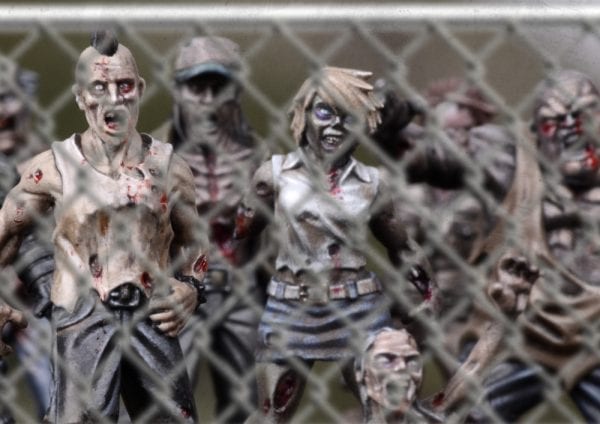 Secondly, the Walkers are attracted to loud noises – gun shots and running mostly. Creating sound will draw any nearby walkers in. They advance in a straight line and will stop at any obstacle they meet – including other survivors. A favoured tactic developing in play testing is to put your opponent between you and the Walkers and start firing your weapon – drawing them in to your unsuspecting foe!

Finally, event cards in the game allow the players to alternate moving the walkers. You can either move them towards your opponent or lead them away from your own survivors. This adds a tactical aspect to the Walker’s positioning and, when under your opponent’s control, makes them much more aggressive. 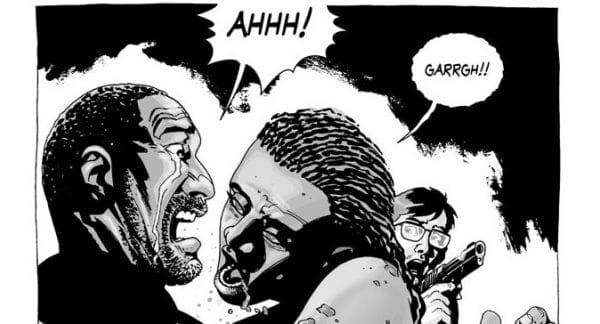 Beware the Walker’s bite. Anyone caught in close combat with one of these shambling assailants has a chance being bitten. These wounds will slowly drain the victim’s health over time.

Did you get bit?

Sink your teeth into The Walking Dead: All Out War Miniatures Game Newsletter to stay up to date with all the latest news and gossip on the game.