Continuing our series looking at what’s coming up in Wave Three of The Walking Dead: All Out War, today we’re previewing the second of the retail exclusive boosters: Maggie, Prison Defender. Also, if you missed our detailed look at the new expansion, Safety Behind Bars and the other Retail Exclusive Booster, Glenn, Prison Guard, make sure you take a look at those too. 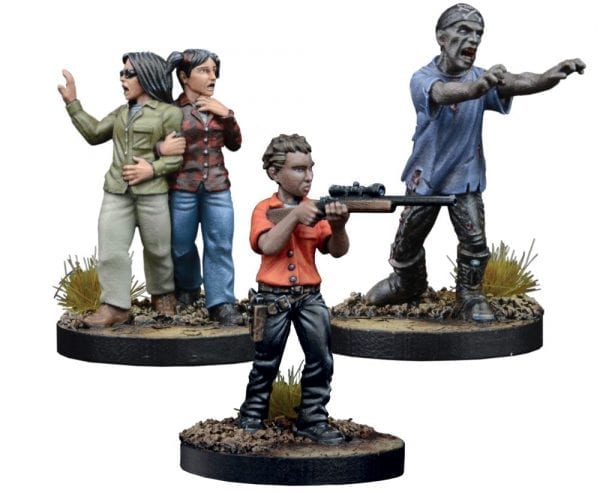 Through her time with the gang, Maggie Greene has certainly grown up. Her previous card’s ability Survival Instinct, which allowed her to choose the preferred of two panic dice, has been upgraded to Faithful Unto Death. She will now never panic as long as Glenn is alive and on the board. With Steadying Influence, Maggie is also able to control the threat level, rolling 1 White Dice when making a Hold Your Nerve action, reducing it by that much. Both of these combined can help your groups of survivors keep their cool in those tense late-game turns. 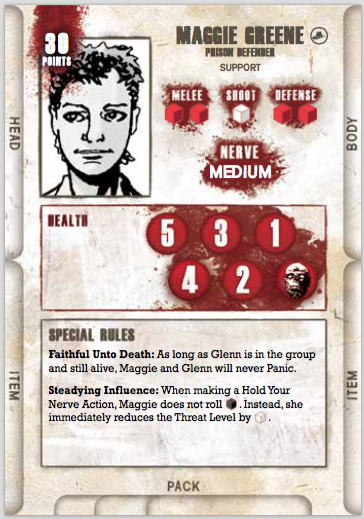 Maggie’s stats have also increased significantly. Her melee attacks have an added red dice, bringing her up to two, while her shooting has been upgraded from a red dice to a white dice. Maggie’s health has also gone up to five and all of these upgrades have only cost 6pts more than her previous incarnation. 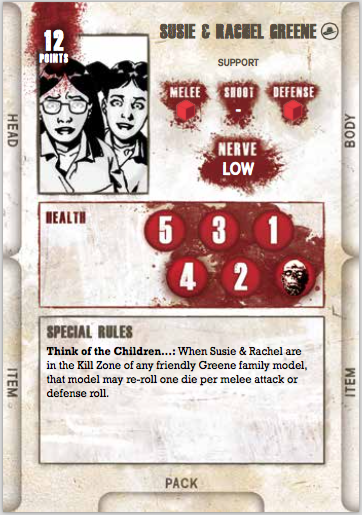 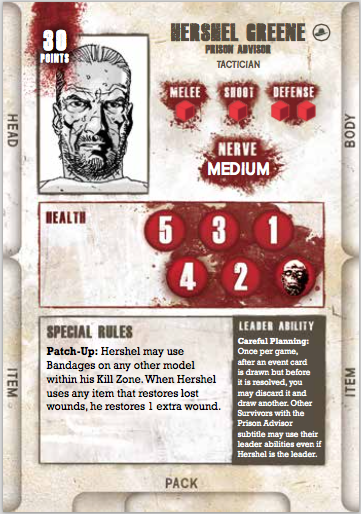 Alongside Maggie, this booster sees new cards for her siblings, Susie & Rachel Greene and her father, Hershel himself. If the kids are within the killzone of any Greene model, they allow that Greene to re-roll one melee or defence dice per roll. Hershell, meanwhile, gets extra use out of any bandages you might find with his Patch Up special rule. Susie and Rachel are included in the Booster along with the Eddy Kickstarter Backer Walker, while Hershell uses the miniature found in the original Maggie Booster. 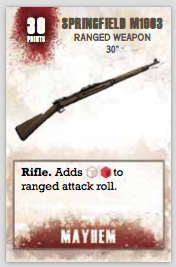 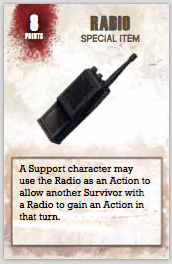 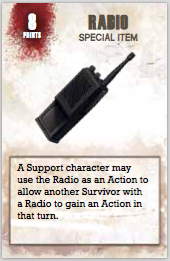 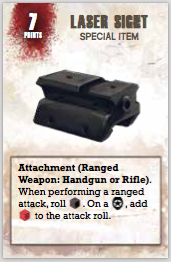 Not only will you get the Greene’s in this booster, you’ll get a whole sack full of weapons for them. As this booster is all about synergy between characters, the radios are perfect for allowing the Greenes to grab extra actions and work as a team. Plus, you can take advantage of Maggie’s newly improved shooting skill with the Laser Sight attachment and the Springfield M1803 rifle for a possible total of two white dice and two red per attack. Pick up this booster and have the Greene’s working as a tight team to stand against the apocalypse.

Remember, Wave Three of the Walking Dead: All Out War will be available in limited numbers at GenCon this week and it’ll be going up for pre-order on the Mantic website from Thursday.