Walking Dead Wave Four Week: Getting the most from the Governor

Joe Neet, our resident Walking Dead tactical genius, is back with another blog giving you some tips on how to use the new and improved Brian Blake. Joe, it’s over to you…

Made to Suffer is the newest installment in the ever-growing range of expansions for The Walking Dead: All Out War. This new wave focuses on Rick Grimes and his ill-fated encounter with the tyrannical boss of Woodbury – The Governor!

Brian Blake is the alter-ego of The Governor, the man behind the madness. We caught a glimpse of Brian in the release of The Prelude to Woodbury solo expansion. Here we learned the origins of the soon to be tyrant. However, once he arrives in Woodbury, Brian becomes a very different beast. So what has changed since we saw him last? 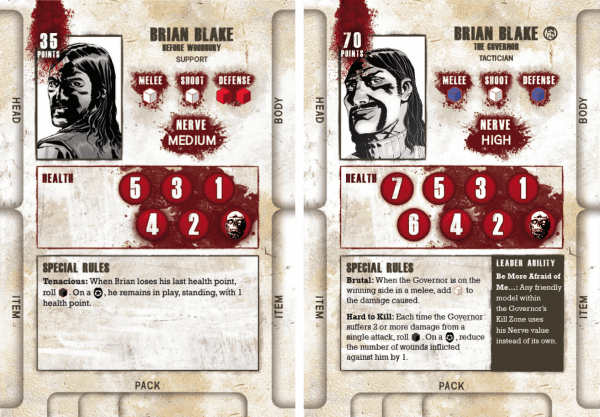 Double the points, double the power! The Governor version of Brian Blake (included in the Made to Suffer expansion) is a serious upgrade from its predecessor. Across the board we can see increases in stats and abilities. Nerve is now high, he has an additional 2 wounds, and a Leader Ability to boot!

It’s Brian’s new leader ability – Be More Afraid of Me – that really is a boon for some of the characters in previous Waves, especially Wave 1. While within The Governor’s Kill Zone models use his Nerve instead of their own. Look back at Wave 1 we have the following characters with a Low or Medium Nerve value:

The Governor allows all of these characters to be a little more aggressive because the Threat Level can be increased without fear of panic. In lower point games the cheaper characters like Amy and Liam can be used as mobile defenses for The Governor. Load these cheap characters up with armor and bandages, then watch your opponent commit too many resources dealing with them.

Here are some examples of cheap, bodyguard-style characters to protect the Governor: 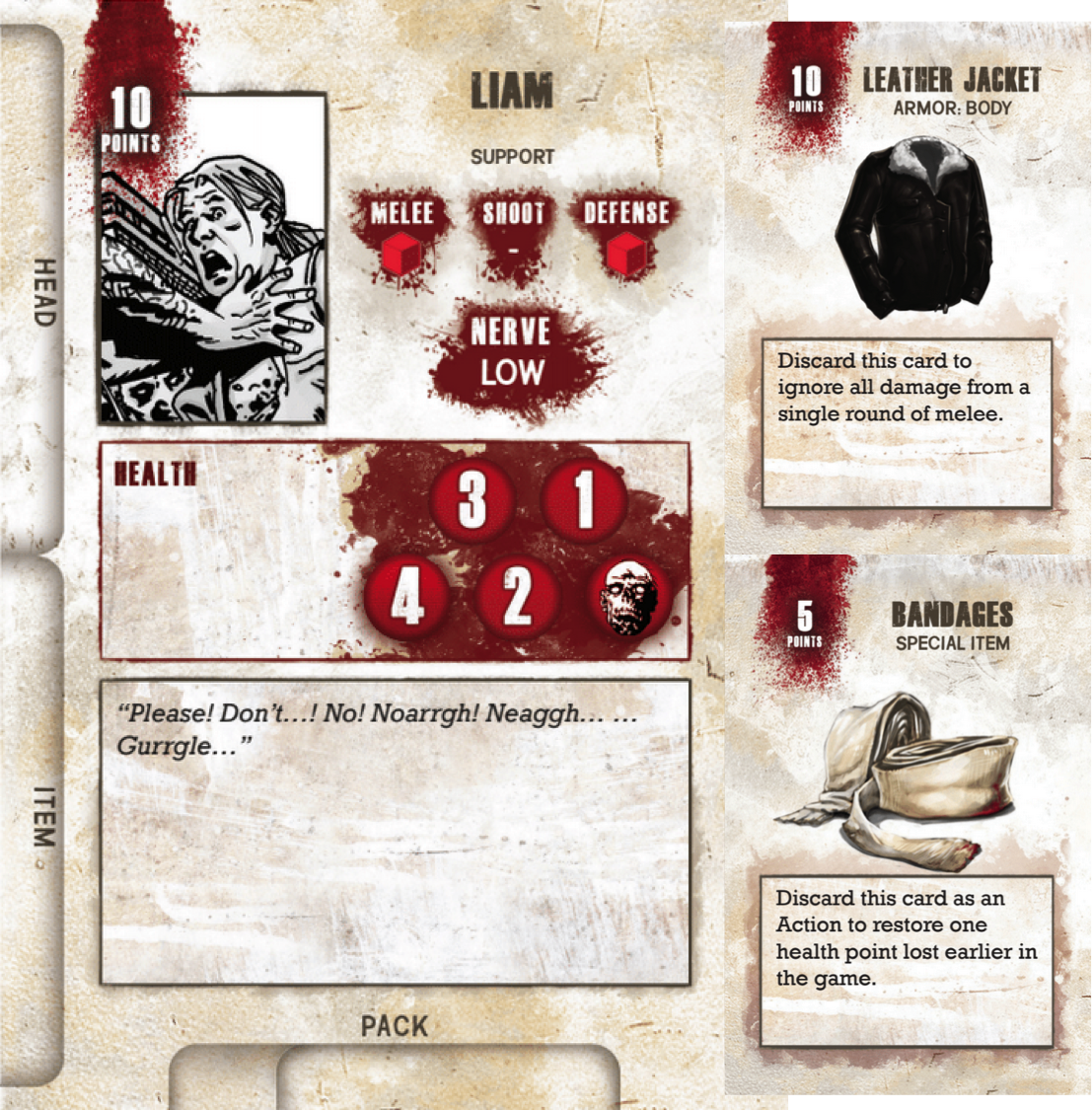 Liam is a very underused character for most. He has Low Nerve, 4 wounds and is unable to use shooting weapons. However, throw on the Leather Jacket and some Bandages and he becomes a thorn in your opponent’s side. Chuck him into combat against Negan or Shiva and watch their face when you discard the jacket and come out unscathed! Ready to hit back with the Governor and his mighty blue dice. 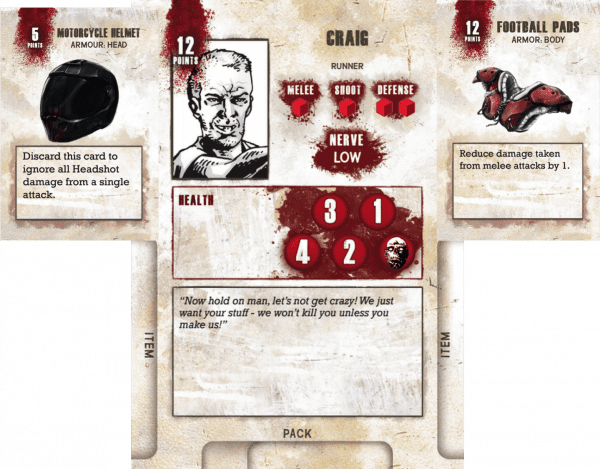 Here we have a cheap character in Craig that comes with 2 Red defense dice. Combine that with the Football Pads to reduce all damage that does come through by 1, and the Motorcycle Helmet to discard all Headshots from a single attack. This allows Craig to be mobile cover for The Governor, shielding him from being shot and also helping in melee.

Hopefully this gives you some insight into how The Governor can be used to enhance some of the Wave 1 characters that may not initially seem to be that useful. What’s your favorite combination of Survivors? Let us know in the comments below.

WAVE FOUR OF THE WALKING DEAD: ALL OUT WAR IS NOW AVAILABLE TO PRE-ORDER FROM THE MANTIC WEBSITE OR YOUR LOCAL GAMING STORE.