Warpath – The Basics – Charging and Assault

Next in our articles on Warpath: Firefight,  Ronnie’s favourite part of any game – honourable close combat! (Seriously, he once tried to do this in laser tag). Fix your bayonets and read on!

Before your unit can fight an enemy in hand-to-hand combat, they’ll need to charge. This can use any movement action, as long as they end their movement in base contact with an enemy unit. The unit is now referred to as being engaged, which prevents them from doing other things. For example, an engaged unit cannot shoot or be the target of shooting. Once they have engaged the enemy, they must instantly make an Assault action against the enemy unit – even if they have used up all of their activations in this turn. 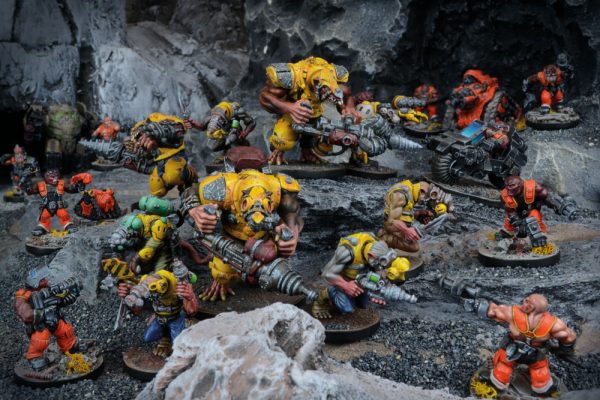 Of course, running up to an enemy gunline isn’t the best of ideas, so Firefight also has a charge reaction mechanic. If a unit is going to perform a charge against an enemy unit, then the enemy unit may choose to take an action of their own – either moving away from the enemy, rallying to prepare for combat, or opening fire. If these actions prevent the charge (i.e. moving out of range of the charging unit) then the charging unit must make single Move action and come to a stop without acting any further.

Shooting as a reaction, can only be done by units who have gone on overwatch or are blazing away (both covered in advanced rules later) so all-assault armies have a chance of getting into combat before they’re shot to pieces. The penalty for charge reactions is that if a unit moves, shoots or uses blaze away, then they’re marked as activated, which will matter in combat. Therefore, you will always have the option of not reacting to a charge, just in case you want to do something else later in the turn.

Fighting in close combat is handled in a similar way to shooting. Your unit will have a number of dice associated with their close combat weapons and any model within 3” of an enemy model may fight. If your unit charged this turn, then add 1 dice to each of the assault weapons. Like ranged weapons, close combat weapons can have Armour Piercing and special rules. Rolls of 1 to hit always fail and rolls of 6 always succeed. 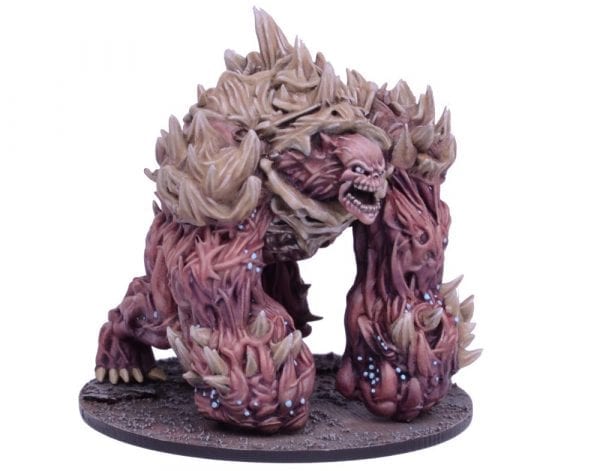 At the same time, your opponent will be able to strike back. Following the same rules, they also roll to hit with their own unit. If the unit has already been activated this turn, then they may only roll half of their dice (rounding up). Grounded units can’t fight back at all.

Again, like shooting, the successful hits are rolled again to damage, taking Armour Piercing into account. This roll is made against the enemy’s Defence stat. Rolls of 1 always fail and if the enemy has a Defence greater than 6, you will need Armour Piercing to damage them.

The successful damage is allocated to the unit, one model at a time. Each time the amount of damage equals a model’s Resilience stat, they are removed – until there is no damage left or a no models left to apply the damage to. This means that mutual destruction is entirely possible! The winning side is the one who has taken the least damage (provided they are still alive). Both sides will take suppression from taking damage, but if the losing side is grounded, then they are overrun and destroyed completely.

If the losing unit in combat survives then the owner of the winning unit can make a free Move action with the losing unit. This can’t be used to engage another unit, and if it is impossible to end this move more than 1” away from enemy models, then the unit is destroyed. 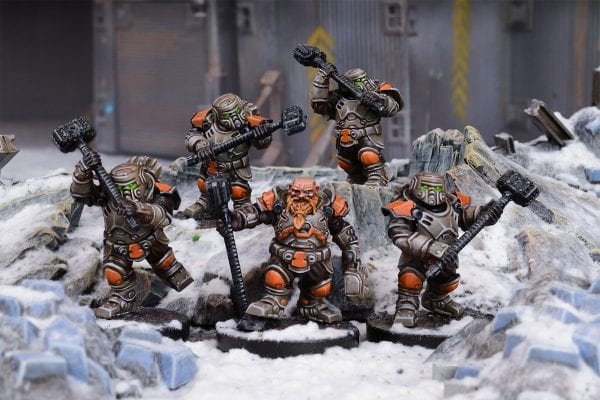 The winning unit may also make a free Move action, which can be used to re-engage the losing unit, but not to engage any other units. This move doesn’t count as a charge. In the case of a draw, neither unit may move, except to bring more of their own unit into base contact with the opposing unit by the shortest possible route.

As you can see, close combat is very dangerous and usually results in units being destroyed completely. This is countered by the amount of ranged firepower present in games, but if an enemy can get close enough to you – especially one like the Plague – they can cause serious damage. Moving in and out of combat is dynamic, with units losing and gaining ground as they fight. As always with Warpath, it’s about controlling areas of the board.

If you want to find out more, you can order the Warpath: Firefight rulebook from the Mantic webstore and fight your own battle across the tabletop!