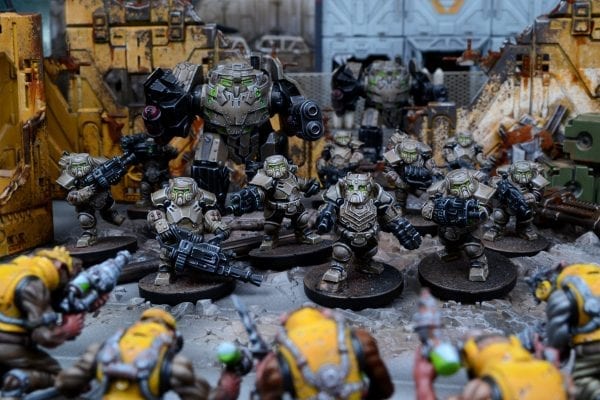 Steel Warriors are the line infantry for Forge Father armies. For these Dwarfs, combat is not only a vocation, but a way of life. Whilst the military of the GCPS eventually experience a disconnect with civilian life, to a Forge Father, these two are one and the same. They approach war with the same skill and pragmatism as they do all other facets of life. Even when they leave their lord’s armies, they still remember how to fight, forming up into Militia when the need arises. 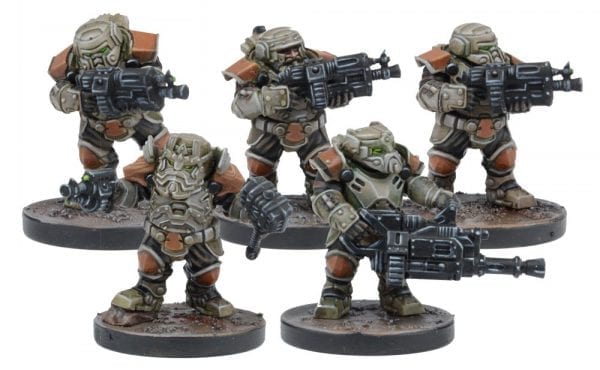 The Forge Fathers have lengthy lifespans, measuring in the centuries. Age is rarely a hindrance to them, warriors becoming more skilled over time, honing their skills to extraordinary levels. The veterans of the Steel Warriors wield heavy weapons; the products of the Forge Father’s technological mastery. From Hailstorm Autocannons to Mjolnir Missile Launchers, these venerable fighters bring the rage of the storm to the enemy, firing thunder and lightning into their foes.  This results in their well known moniker – Stormrage Veterans. 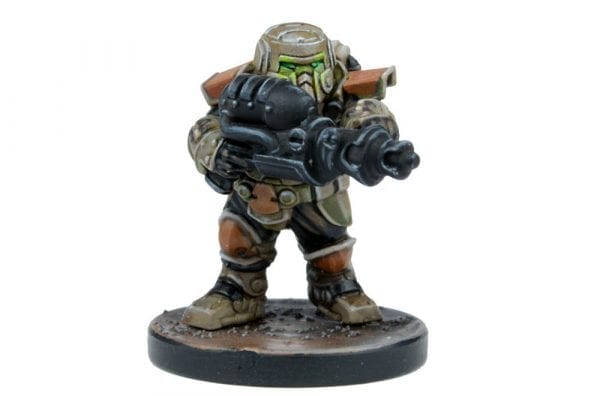 For some warriors, the stern and taciturn ways of their brethren are too restrictive. These reckless individuals favour flame weapons – most commonly the Dragon’s Breath flame thrower – and attack their foes at close range. They are dangerous to both sides, immolating whole structures to lay waste to enemy troops. Huscarls overlook these incidents knowing that it is better to unleash these Rekkhyrrs on the field of combat than try to restrain them.

These armoured Dwarfs are available separately for the first time this month as a ten model kit. Each sprue is crammed with components – the full box allowing you to build either Steel Warriors, Stormrage Veterans (with a choice of weapons) or Rekkhyrrs, with extra components that allow you to build Huscarl or Thane unit leader.

Each model can be built in a wide variety of poses and the sprue include loads of extra accessories, even open helmeted faces (complete with beards!). You can customise your warriors using different helmet, shoulder pad, backpack and torso variations. These models can be used for Deadzone, Warpath, Warpath: Firefight or any other sci-fi miniatures game! 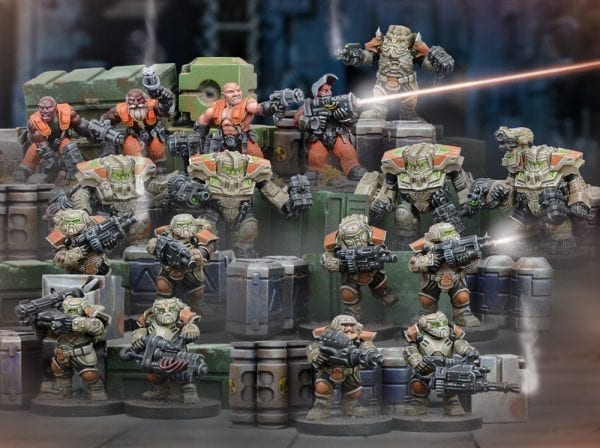 If you’re interested in learning more about the Forge Fathers, then check out the Forge Father Dossier over on Warpath Universe. We’ve also created a set of assembly instructions to help you build your new Steel Warriors, which you can find here.

You can pick up the amazing Steel Warriors as part of the Forge Father Faction Starter or Faction Booster or pre-order them from our webstore to bolster your forces.