We’re fast approaching the launch of the galaxy’s best sports game: DreadBall Second Edition! The stadium is ready, all the blood stains have been wiped off the neodurium pitch and the cheerleaders are doing their warm ups. In preparation we wanted to look at what’s changed in the rules between first edition and second edition. Spoilers: it’s quite a lot.

Below you’ll find an overview about what’s changed in the new version. The idea behind the changes was simple: we wanted to rebalance all the existing teams while also tightening up the rules to make it more fast, fun and furious (not necessarily in that order). Below you’ll see a quick run down of the major changes that’ll make second edition better than ever!

We’ve said before that after its original release in 2012, DreadBall expanded too fast and too aggressively. This meant that the original team count quickly expanded to a massive 24. With that came a lot of unbalancing because those teams released as part of season six tended to have better abilities and stats than those released in season one. With Second Edition we’ve reviewed all the teams and adjusted them where necessary to ensure they’re all as competitive as possible. 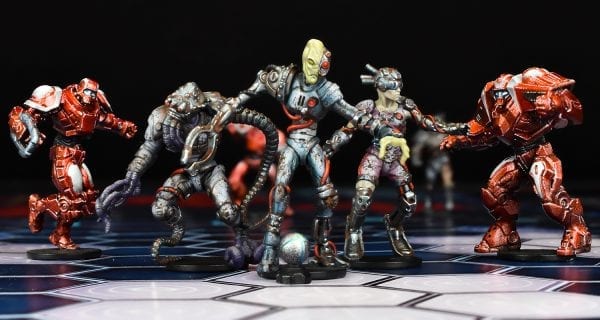 The rebalancing process also led to the creation of the Agility statline. This is a new stat that’s now used for elements like Evading, Dodging and Standing Up. Previously this was all done with the Speed stat. The addition of the Agility Stat allows us to create quick but clumsy players or slow moving but still agile teams (like the Matsudan).

The Speed Stat is still there but is now only used for Dashing.

Jacks have had one of the biggest overhauls in the game. Originally they were a mildly ineffective addition to a team because they could only move one hex before a Throw or a Slam action. This really limited the amount of stuff they could do during a game. In Second Edition they can now perform a full run before a Throw or Slam action, which helps to make them feel like a useful addition to a squad. What’s more, they now get the 4th dice bonus for Dashing, rather than Strikers. 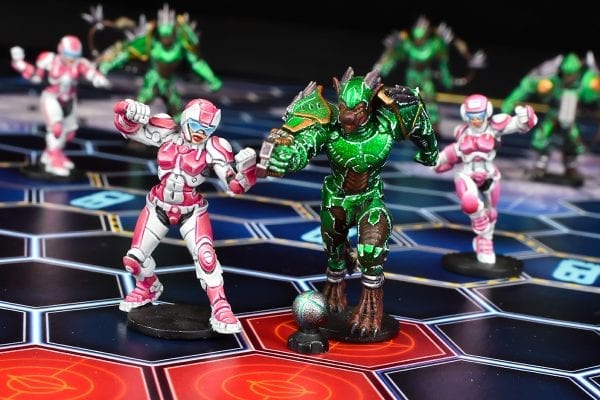 The Game Deck is one of the key elements to DreadBall, however upon reflection we felt that a lot of special event cards were often a little limited in their use. In response to this we made a number of changes: special cards are no longer played automatically and are placed into your hand instead, plus you now get to choose what players are affected by a particular card, rather than it being random. Also, cards in your hand can now be burnt in order to re-roll a dice (just in case that all important strike attempt goes wrong). This ensures that all cards are now useful, whereas before you could end up with a Striker Any Action card in your hand but have no use for it because there weren’t any Strikers in your team. Oh, and finally, all teams now have access to buy a card each Rush, even if they don’t start with a card at the beginning of the game.

Another key element to DreadBall is the Fan Checks. These are moments that send the crowd wild and get them chanting a team name and stamping their feet. In Second Edition there are more ways to earn Fan Checks, such as tripling an opposed roll, Dashing three times in a row, catching a nine-hex pass, etc. We hope these will help to encourage more exciting and dynamic play. Another change for Fan Checks is that once you have three cheers, you can trade them in for a Coaching Dice or card. This gives you more options to create a play style for your team. Oh and did we mention you now get Fan Checks for Fouling…

Talking of Fouls, these have been given a fairly hefty overhaul. In fact, it’s probably best to read our recent Locker Room article on Fouls and how they work in Second Edition. 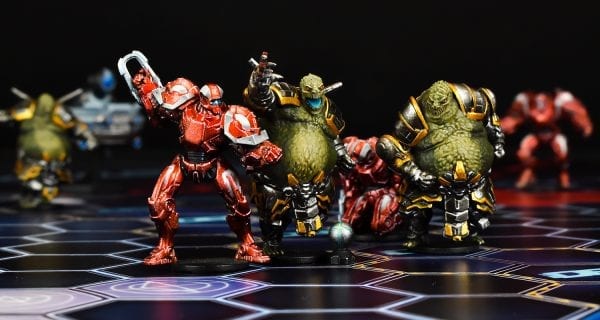 If you remember, Run Interference in first edition was one of the few times you could interrupt the opponent’s turn with an action of your own. This rule has been expanded for Second Edition. Now Jacks can use an ‘Any Action’ card to Run Interference, rather than relying on the ‘Run Interference’ action card.

Again this is a topic that deserves its own article, so stay tuned for that one!

Well, hope you enjoyed that quick review of the rules changes in DreadBall Second Edition. Remember, you can win a DreadBall Launch Bundle by commenting on our DreadBall coverage this week and we’ve been hosting live games every day at 4pm on Facebook/YouTube – make sure you tune in to those.