In our lead-up to the Deadzone Summer Campaign, we’re going to focus on each faction you’ll be able to take in the campaign including background, tactics from the rules committee, and more! Today we take a look at the stoic Forge Fathers.

The sturdy folk of the Star Realm, a collection of systems coreward of the GCPS, are known in Galactic Standard as Forge Fathers – a rather prosaic translation of their native tongue, though not one to which they seem to object.

Short in stature and powerfully built, the people of the Star Realm are best known for their technological aptitude, which far surpasses that of the finest human engineers and is the rival of any other race thus far encountered. Split into various clans located throughout the Star Realm, the Forge Fathers are generally peaceable, preferring trade to war. Indeed, it is from their workshops that many of the finest weapons, armour and other tech used by the GCPS is obtained. 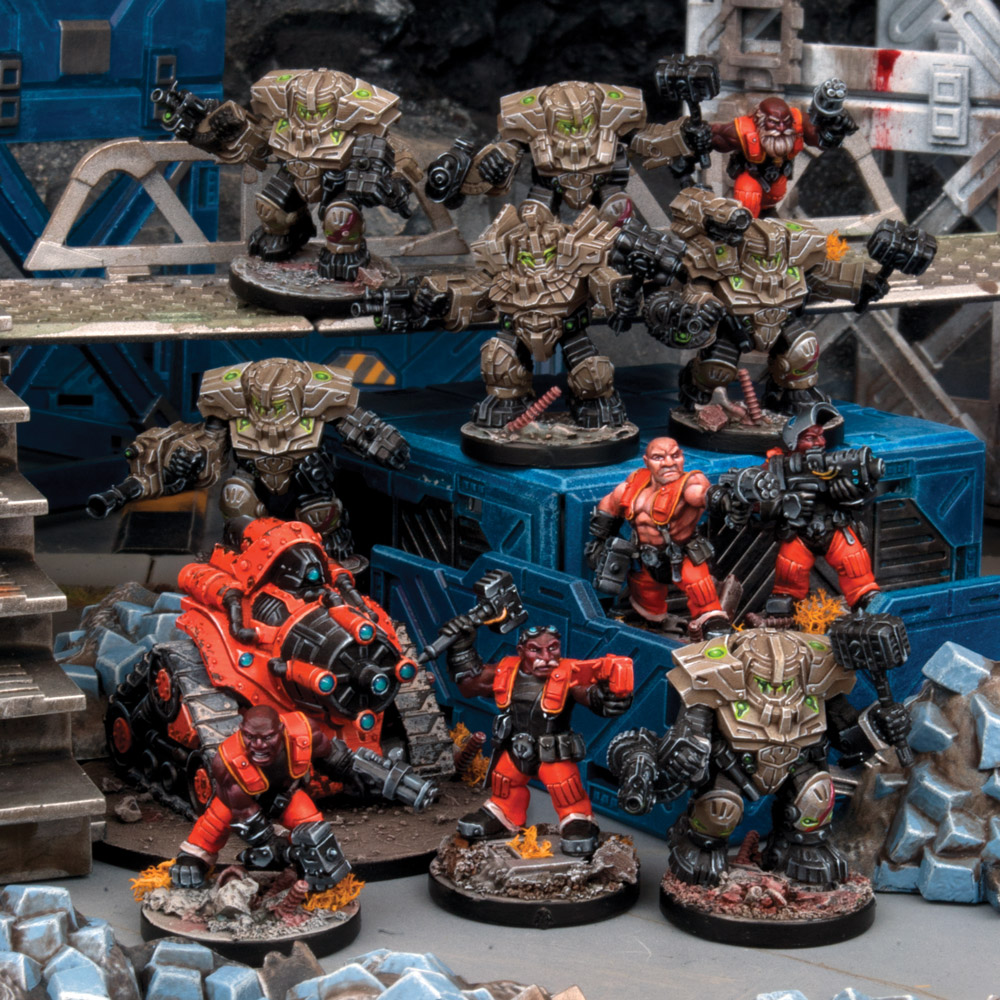 Though massively advanced by human standards, it is clear that the equipment they sell to the Council is far short of their true capabilities, and nowhere is this more clearly exhibited than when Corporation Forces clash with Forge Fathers in a Deadzone. The Brokkrs who lead these excursions hail from a distinct caste of Forge Father society, wandering engineers and prospectors who seldom have official links to the Star Realm when about their business (or at least any that can be proven).

Backed by sturdy Forge Guard and using modified mining lasers and even the occasional Iron Ancestor, these expeditions arrive in Deadzones ready to plunder whatever resources might be at hand. The Forge Fathers have little interest in territory, but exploiting the resources of planets is what they do best, and the disappearance of a planet from the official record affords them a convenient opportunity – after all, the GCPS can hardly declare war against the Star Realm over an incursion to a planet that they deny exists.

Angry bearded space dwarves! What more can we say other than don’t cross them or you will not live to regret it. 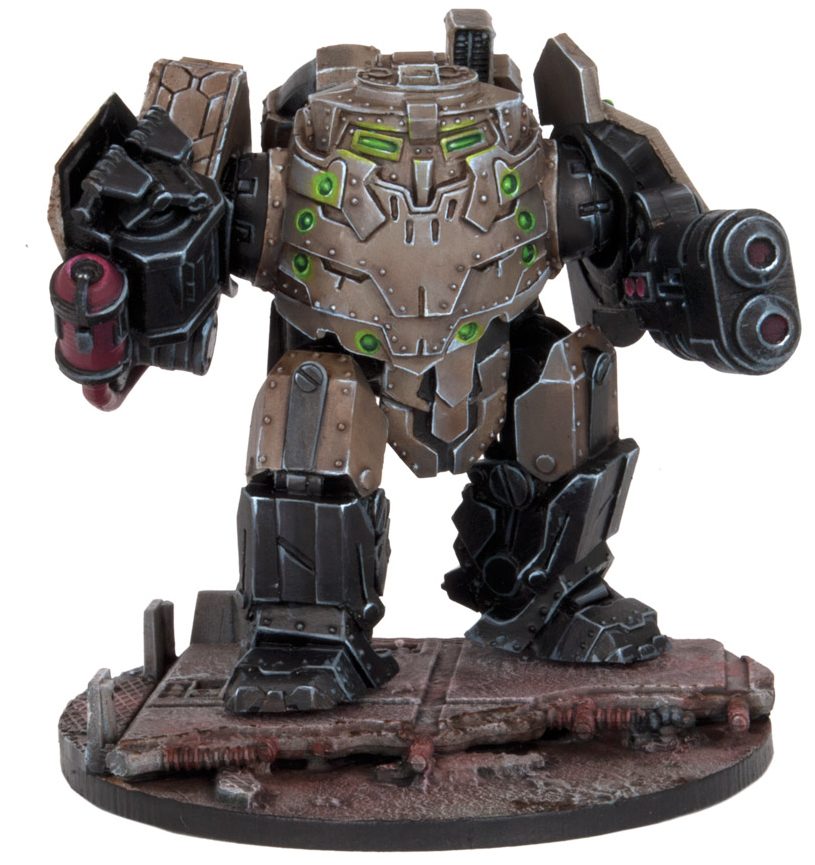 Good saves, armour, excellent weapons most with armour piercing, to make those enforcers squeal, and good shots there is nothing not to love about these guys except maybe the cost. Even the troops in this faction are pricy so expect to have a strike team in the single fingers, especially if you are bringing an Iron Ancestor. With armour 4, some great weapon options and fire control meaning you can shoot with both weapons in a round he’s rightly the most expensive Strider in the game. Bank on it surviving the game. 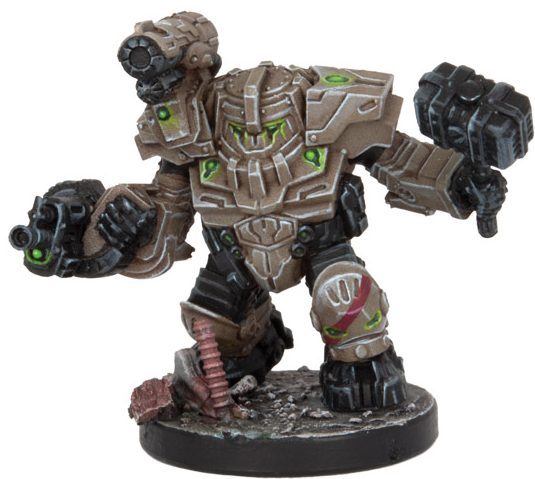 Forge Guard are heavily armoured and slow but inexorable or you could go for their more lightly armoured Hammerfist brothers to drop right into the heart of your enemy’s force. Even their even more cantankerous cousins the Brokkrs can do some serious damage in melee but they are far more fragile running to war in Dungarees! 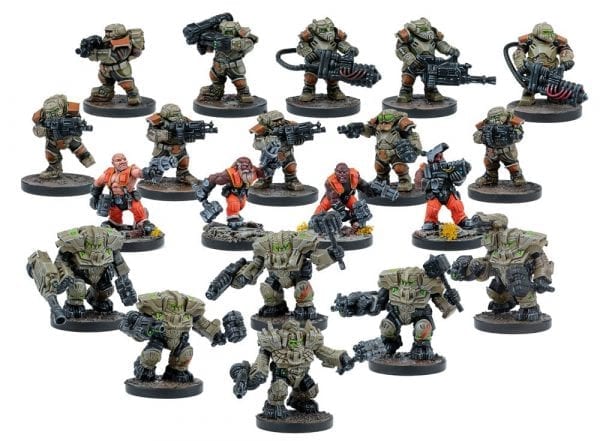 If your are looking to protect the Star-Realm (and make some profits in the process) in the campaign, look no further than the Forge Father Faction Starter to get you started! Featuring a strong core of Steel Warriors (who can also be built as Stormrage Veterans) with a wide variety of devastating weaponry, some heavily armoured Forge Guard to provide support, and a few Brokkrs to fight in close combat! You can use the parts in the set to make your leader either a Forge Guard Huscarl or Steel Warrior Huscarl and like the other faction sets it contains enough soldiers for anything from a small strike team to a full campaign force!

The Iron Ancestor has a well-deserved reputation for toughness in Deadzone. Will there are many different variants available (including the Thor and Doomstorm) the Hellermal Pattern Iron Ancestor stands out. Armed with a Twin Magma Cannon and a Power Claw with built-in Flamer, it is well equipped to tackle any threat you may come to face in a Deadzone. This kit also include the parts to build the default Iron Ancestor with Twin Hailstorm Autocannon and Forge Hammer, too. What’s not to love?

The Deadzone Summer Campaign is starting soon. Make sure you have your factions ready and painted in time for Containment Protocol!