On August 20th, we’ll be kicking off the Deadzone Summer Campaign. Set on the planet Starfall, this will be an opportunity for players around the globe to defy the Containment Protocols and battle it out for supremacy.  You can read a little more about how the campaign will work here.

So, as we approach the launch date, we reached out to the Deadzone community to see which faction(s) they’ll be playing in the summer campaign. Even if you haven’t chosen your force yet, there’s still plenty of time to get involved. You can download the rulebook for FREE and grab a great value bundle, featuring a Faction Starter and Faction Booster here.

Anyway, without further ado, let’s have a look at some of those armies. 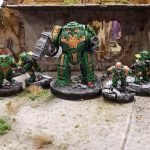 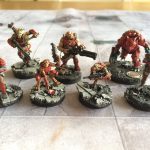 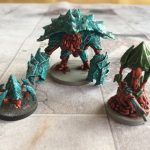 Mantic’s own Rob has certainly been busy. After initially opting for Forge Fathers (and getting 150pts painted up for the Renton Invitational), he quickly switched to Rebs. However, he’s now got shiny syndrome and has start painted Nameless. At this rate, expect his Enforcer faction to be ready for the campaign. 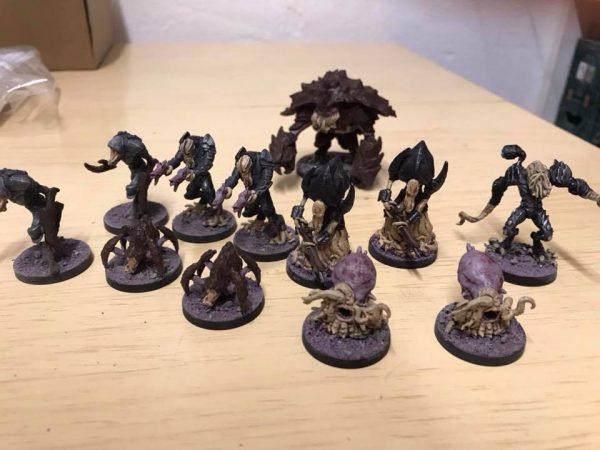 Up next is Andy Barker who has also opted for the Nameless. Nice purple tones on these tentacled terrors. 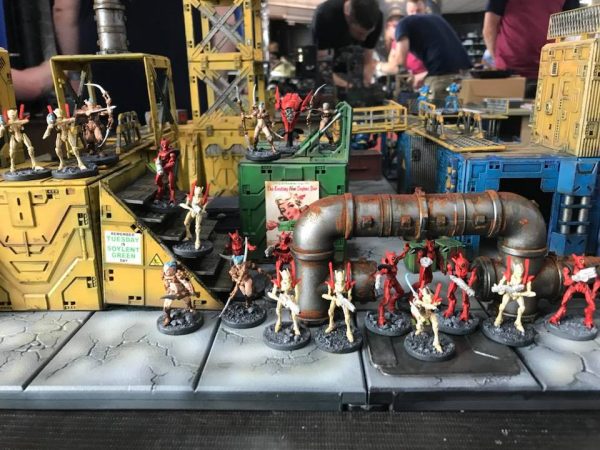 Andy ‘Doctor Deadzone’ Sharp has gone for Asterians for the summer campaign. Also, take a look at the awesome scenery behind the minis – a nice bit of inspiration for you terrain enthusiasts. 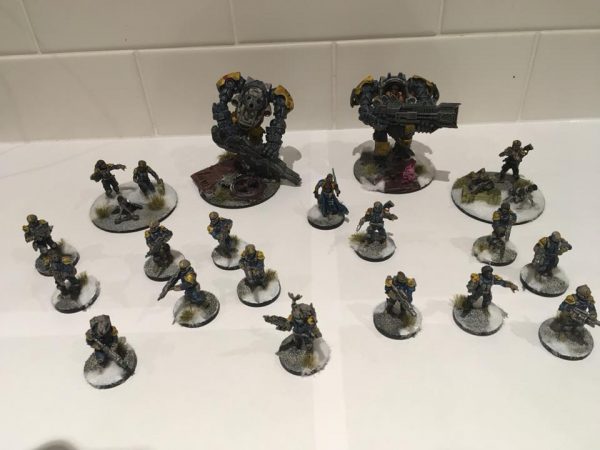 Look, we know it’s meant to be the summer campaign, but that hasn’t stopped Ben Wright opting for a snowy theme for his GCPS. 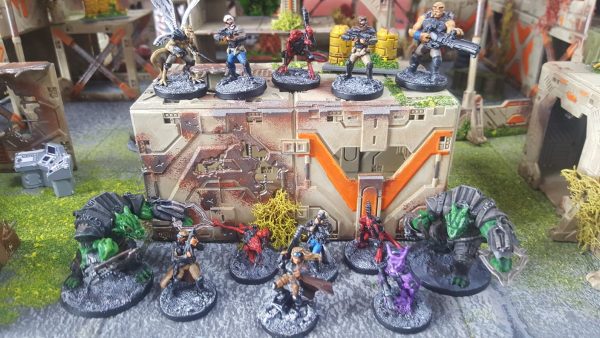 Bob Point’s Rebs are some of the best we’ve seen. Note to Rob… this is what a FINISHED Rebs faction looks like! 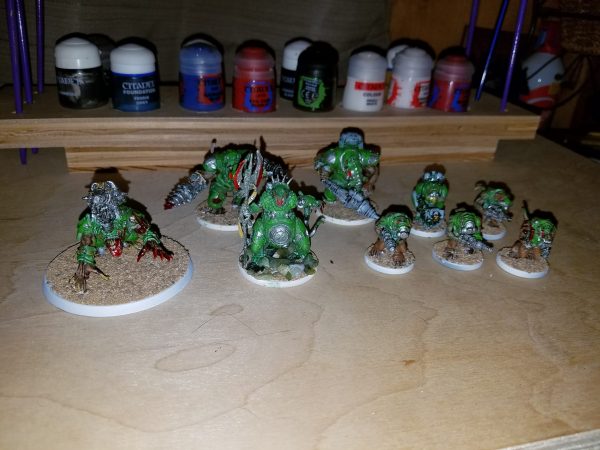 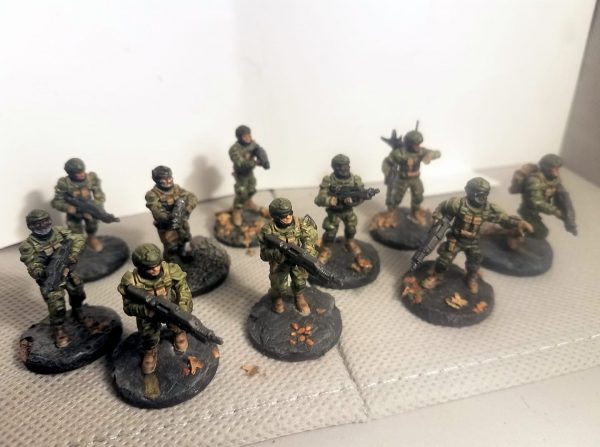 Felix Castro’s fantastic GCPS are ready to defend Starfall until the end… or until they get smashed to bits by a Nameless Goliath. Either way, great work Felix. 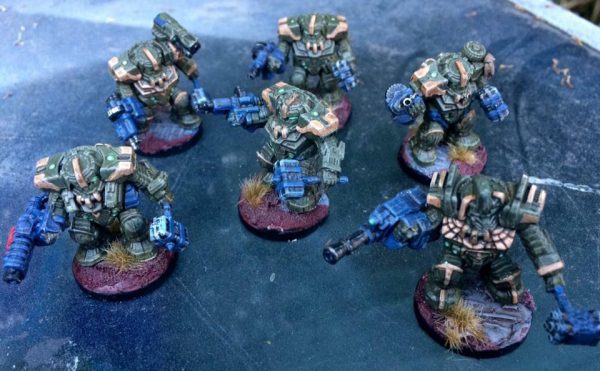 Hal Eccles is getting ready for some hammer time with his Forge Father Thorgarim. Will you be the nail that gets in their way? 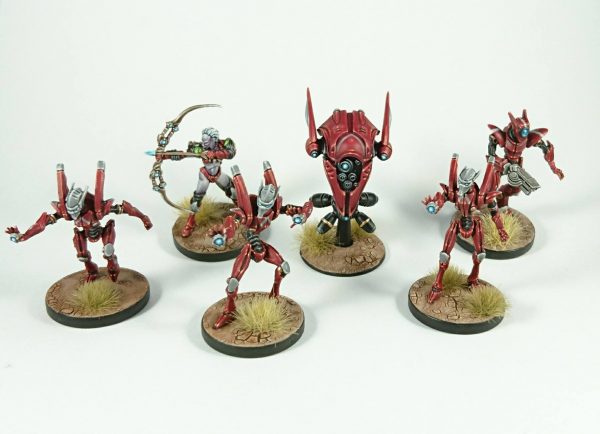 Absolutely superb work on these Asterians by Juan Francisco Gonzalez Hidalgo and there’s still more to come. We can’t wait to see the finished Strike Team. 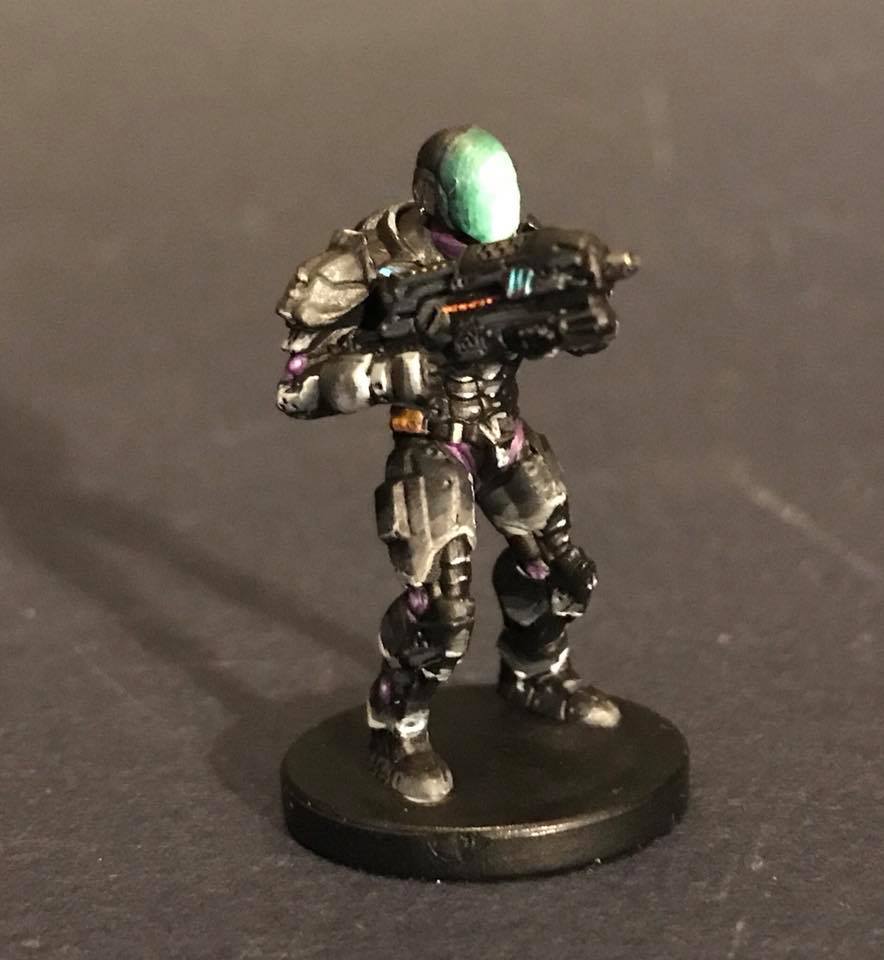 Believe it or not, this is actually an Enforcer. Kyle Przelenski has done an awesome conversion job on this Enforcer – giving it a helmet a little like the Survivor merc. 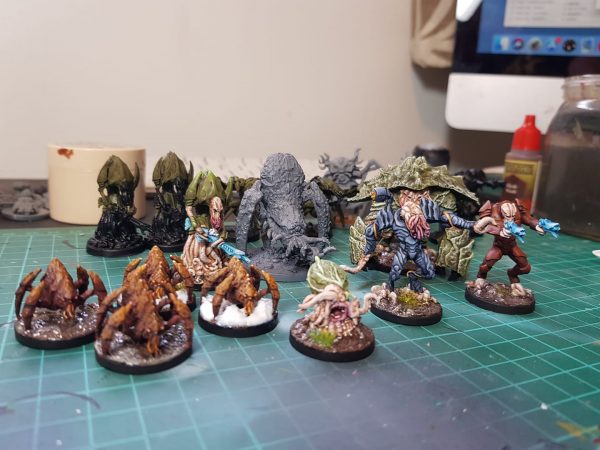 Another Nameless selection, courtesy of Mantic’s own Mr. Bloom – Martin Thirlwell. The fleshy tentacles look great against the green. Don’t tell Martin that we think they look great… he’ll be unbearable in the office. 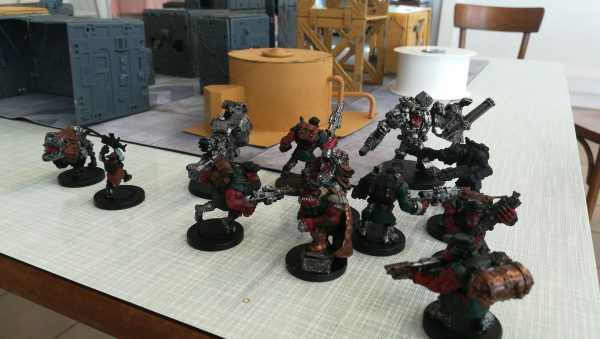 Patrick C. Kessing’s Marauders are ready for hire… if you’ve got the cash, of course. 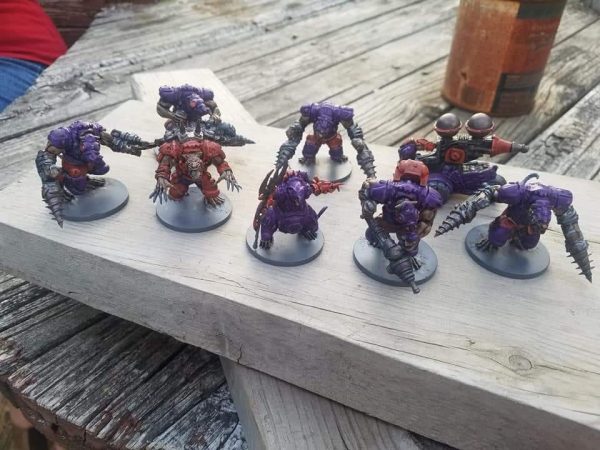 Another selection of Veer-myn, courtesy of Richard Hall this time. Perhaps they’ve got another job as dentists because there are a lot of drills in this selection. Say AAAAAAAAAAAAAAARGH! 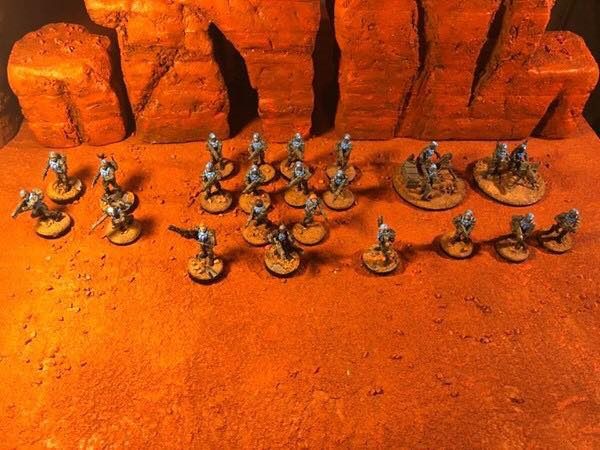 Richard Martin took this picture seriously and headed off to the planet Mars to give it that outer space feel for his GCPS. 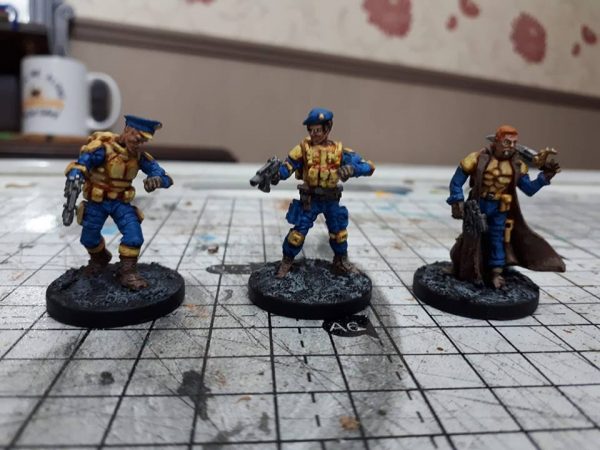 Poor man’s Peter Kay, Ross Diggle, must have been watching lots of the old X-Men Animated series because we’re getting a distinct Cyclops vibe from his GCPS. 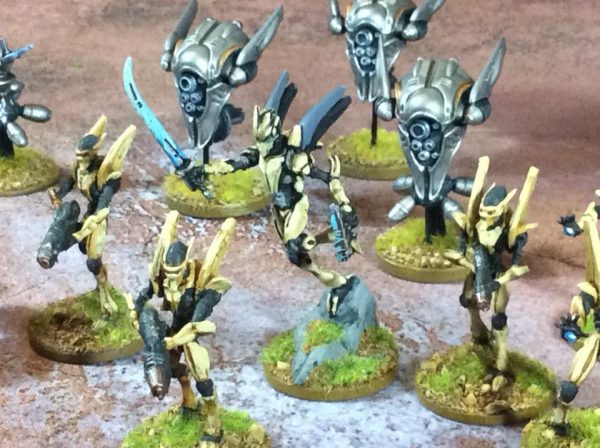 There’s some strong competition among the Asterians and Steve Timjin’s selection is fantastic. The bases are a particular delight. 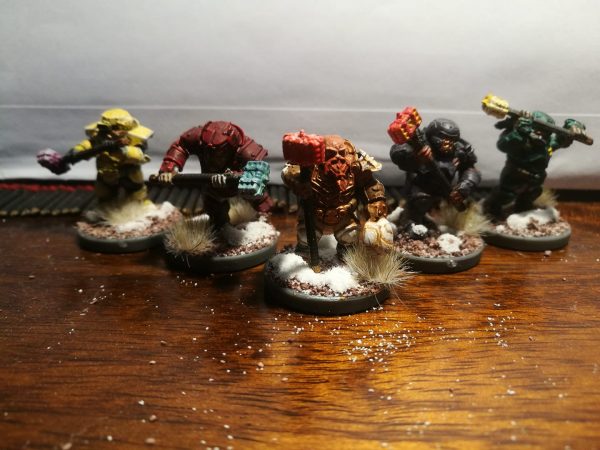 Tim Barker said he was inspired by the Power Rangers for his Forge Father Thorgarim… perhaps they combine into a massive hammer? 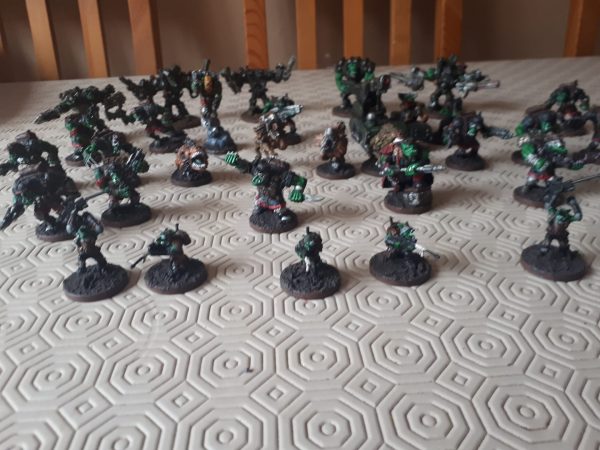 Finally, Tom Farley isn’t messing about with his Marauders. This is enough for a Firefight faction, never mind a Deadzone squad.

Well, there you have it. A great mix of Strike Teams all preparing for the summer campaign and hopefully it’s inspired you too. Don’t worry if we haven’t featured your Strike Team yet, we’ll be updating the blog with everyone’s progress as we approach the start of the campaign.

But the big question is… what faction are YOU going to choose?