By now you should be aching with excitement for the release of Firefight! But what faction will you take command of in the vast Galactic Co-Prosperity Sphere? Today we’re finding out more about the Plague.

Officially, it does not exist.

The bio-contaminant first discovered by the GCPS in the Death Arc, but since then encountered in classified locations right across the Five Spheres, cannot exist. Because the first invasion of corporate space by the Plague devastated every world it touched. Billions were lost when the first infected fleet returned from the forbidden planets of the Death Arc, consumed and converted into monsters by things that used to be human. Only a huge acceleration and expansion of the Enforcer corps, as well as some brutal and impressive tactical manoeuvres, allowed the Council to get the situation back under its control. The panic that spread through the Parris sector when the Plague attacked may have killed as many as the contaminant itself , so the facts of what happened in that first great war with the Plague are heavily guarded to this day. Even now, there are corporate worlds that do not officially exist as, in a precursor to the writing of the Containment Protocols, those places have been scrubbed from official Navicorp records and cannot be reached using standard navigational aids. 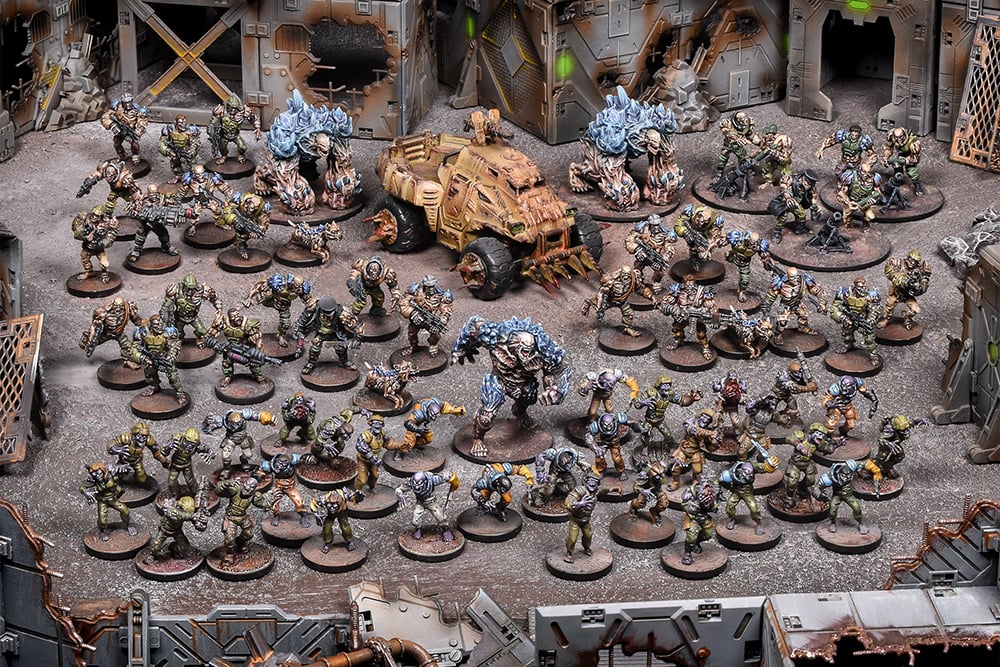 The Plague is one of the greatest threats to all sentient life in the galaxy. Whether the Plague is natural in origin or was, in fact, engineered by some ancient alien civilisation is just one of the many questions surrounding this horrific disease. Its link to artefacts of alien origin is established, though their purpose and provenance remains mysterious.

Wherever it comes from, the Plague seems able to mutate and adapt to new hosts at a remarkable rate. Infected creatures exhibit symptoms within an extremely short space of time, though the exact manifestation of symptoms varies for reasons not entirely clear. Some humans infected by Plague become hideous monsters the size of a combat walker. These beasts seem to act as the control hub of Plague forces, directing lesser creatures which range from razor taloned, leaping hunters to simple, slow moving drones which seem to retain some sense of their former identity and may even be seen operating machinery, weapons and vehicles. In spite of the best efforts of the Council and the Enforcers, every instance of Plague infestation to date has ended in massive losses. The effort to study and understand it continues, but for now, extreme measures like Containment Protocol are the only available response.

Chris Cowburn, ignores his odd skin rashes and sudden lust for flesh to tell you how the Plague play in Firefight: Second Edition. 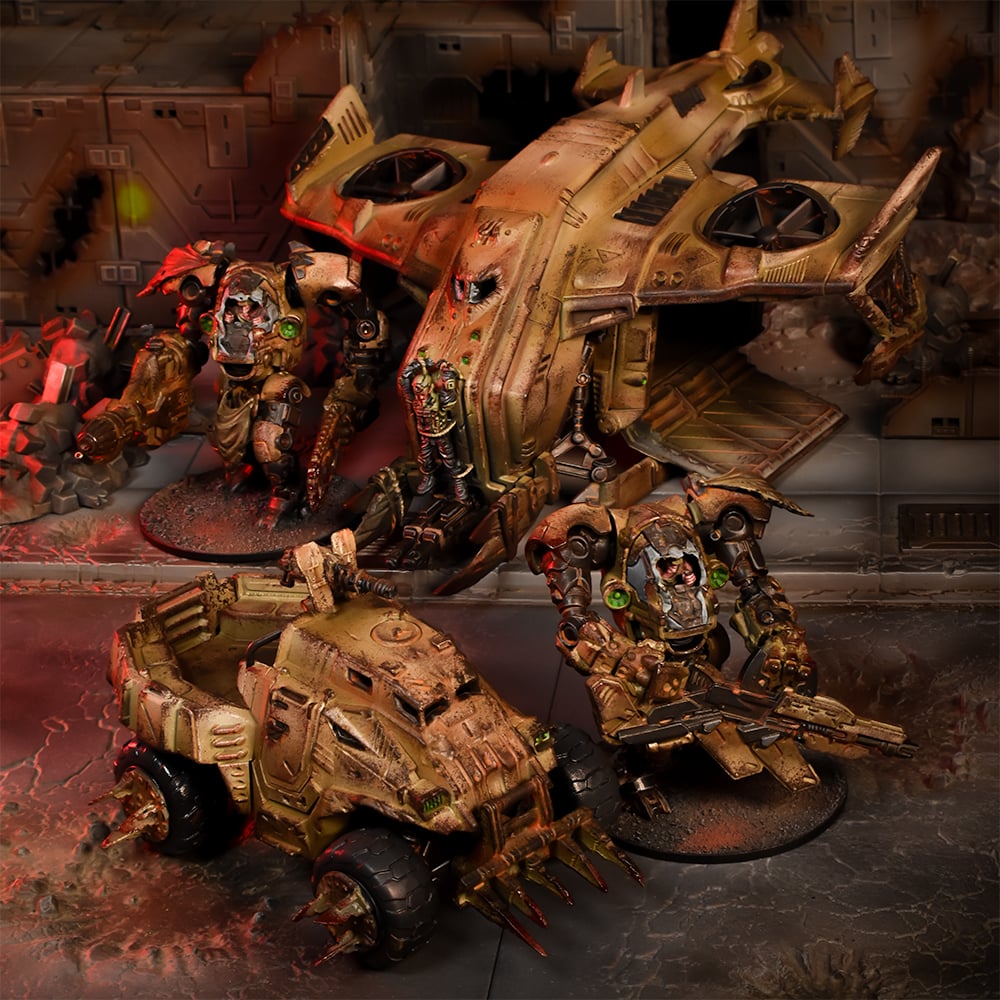 The Plague, an ancient threat that is becoming increasingly more resurgent in the galaxy, thanks to the ruthless expansion of the GCPS. Most races exposed to the Plague contagion will end up joining the Plague’s forces, or be killed by the monstrosities it creates.

Some races mutated by the disease will keep their form – along with a rudimentary but savage intelligence – while others become horrific, towering monsters. On the tabletop then, you’ll be greeted by a mix of humanlike infantry, flanked by hideous beasts.

The most basic Plague mutagen is the Plague Zombie. These have a very simple desire: charge forward and tear anything alive limb from limb. These are cheap units, and can be taken in units of up 30 – thank goodness for that increased 6” coherency! With this many, and benefitting from the Horde rule, the opponent will need to thin the numbers out before they reach their lines. And while they’re shooting Zombies, they’re not shooting your other more expensive units! 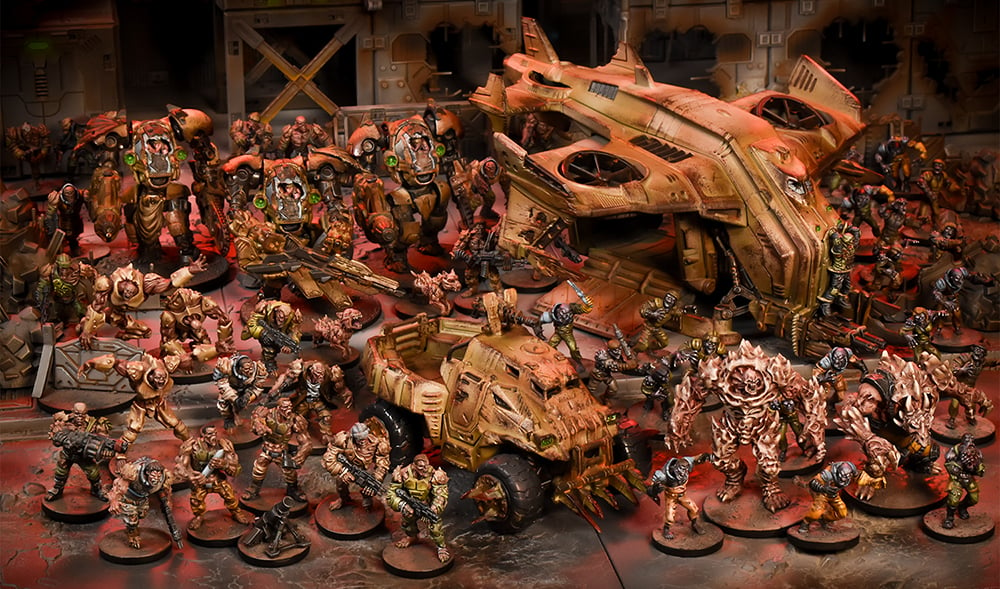 Ghouls are another infantry troop choice, and will become a thorn in the side of the enemy thanks to their Blaze Away weapons. What’s more, if they’re coupled with the 3a General, whose Command Order allows all friendly units within 12″ to perform a free blaze away action, it should be easy to pin large swathes of the enemy.

The Leaper Sentient (Ed’s note – coming in May!) is a solid command choice, who can give all friendly units around them a free 3″ move. Perfect for launching unsuspecting assaults on enemies that thought they were safe.

Plague have a lot of options when it comes to big gribblies. Aberrations are one, and are even a Specialist, meaning it is easy to fit in multiple units. They are a tough unit, with decent armour and number of wounds, so are very likely to survive long enough to give the enemy a high five to the face! 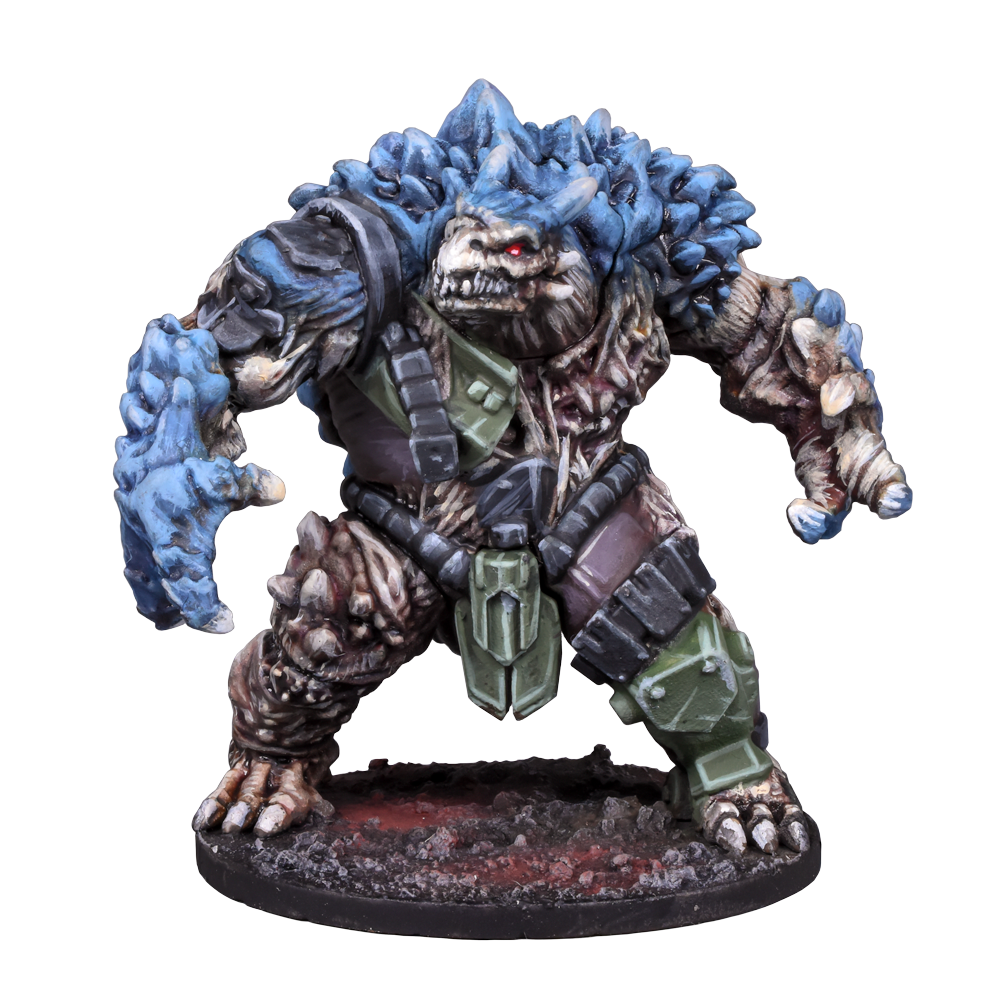 The Plague Teraton is a very interesting Support choice. Not only do they provide a black command dice, they are an incredibly resilient unit, with four wounds each, armour 6, and Resilient! They also teleport, meaning they can achieve unhindered charges more easily.

Everyone’s favourite Deadzone unit are also in Firefight – Murderbirds. Not only does this mean the unit will be available again from Mantic (Ed’s note – hopefully making the move to resin in May, folks), but it provides a completely different threat to Plague players. Murderbirds can position for a nice charge early game to neutralise a particularly dangerous enemy unit thanks to their speed.

I think Plague armies will be incredibly varied, as so many different builds can be very effective!

Plague Aberrations are errors of the Plague’s forced restructure of a host body. Twisted beyond recognition from their original form, this colossal monster’s overwhelming urge is to kill all living beings on sight.

The Plague is a highly virulent form of alien bio-weapon. Once the Plague starts to spread on a colony or planet, the only way to stop it is via blockades, Deadzones and planetary isolation. This set is a great way to start your Plague army, or expand an existing force to challenge your opponents and spread the terror of the Plague!