After our previous blog talking about the different roles and experience your warband can gather, today we’re highlighting some of the other exciting aspects of a campaign. We’ll begin with casualties before talking about equipment and what happens between campaign games.

Let’s face the awful truth – occasionally your much-loved warband members are going to get injured on the battlefield. There’s no point crying over spilt blood, it’s going to happen, so you’ll just have to deal with it.

Any Grunts removed from play are immediately considered to be dead – poor things. However, everyone else – whether that’s a Commander, Spellcaster, Support model, etc. – may have been injured in the heat of a fight. Models that end the game having just taken a wound, or left the game because of a Fallback action, are considered to have received medical attention and will be ready for a scrap next time. It’s only those that were removed from the table as a ‘kill’ that you have to worry about.

Following a game, you need to roll on the Casualty Table to see what awful ailment they have suffered. There are 15 potential results for a model to roll on the table, ranging from dead (pretty significant) to being captured by the enemy. We won’t go through all 15 results here, but you can see a couple of sneak peeks below:

What’s more, if one of your retinue members is killed in battle, it opens up the option to promote a living member into that role. Likewise, if your Leader is killed, you’ll need to promote another Commander into the position. Any Grunts that are killed during a mission are replaced for free in between campaign games – although the replacement must be the same type of model. Any other recruits must be bought with gold earned during the course of a campaign.

Once you’ve worked out who has survived to the next battle, it’s time to forage and explore. This is a chance for you to earn extra gold, find new equipment and even level up your heroes a little more. The first step is to roll a D8, which gives you an amount of gold earned while exploring – this is added to your overall stash of gold. 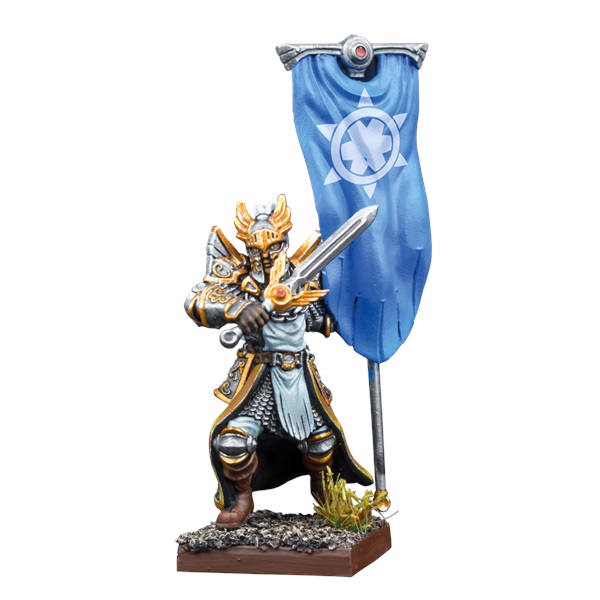 There are 26 potential results on the exploration table, ranging from a Tavern where you can buy ale for your warband to improve their nerve in the next game or you uncover a nest of vipers you can use to add poison to your weapon. Again, just like the casualty table, we won’t reveal everything but here’s a preview of a couple of results…

The exciting thing is that this is only the standard Vanguard table. As the game grows and we launch new supplements or campaigns, we can have location specific exploration results/equipment to tie into a particular theme. For example, in the Ice & Iron supplement, there’s a whole new table for finding treasure in the frozen wastes of the Winterlands.

You can watch Andy from Blackjack Legacy giving his thoughts on the campaign mode below:

Something stirs in the Winterlands. In the frozen north of the world, the enigmatic Northern Alliance maintain their long vigil, watching the wars of the world from their fortress city of Chill and biding their time. Now, suspicious eyes fall on the cold city, ancient forces turning their attentions to the hidden power lurking there. Vanguards and raiding forces of Abyssal Dwarfs despoil the Winterlands, probing the Alliance’s defences, looking for a weakness to exploit. Across tundra and snowy plains, and in the ice caverns of the mountains, the Alliance’s fur-clad warriors fight back against the invaders. The city cannot fall, no matter the cost. The secret they are hoarding is too precious to lose.