Kings of War Summer Campaign: Introduction to the Kingdoms of Men

In our continuing series, Hunter Bulkeley introduces you to the Kings of War factions taking part in the Edge of the Abyss summer campaign. Next in line are the Kingdoms of Men…

Who are the Kingdoms of Men?

For millennia, the Grand Republic of Primovantor was the greatest realm of humanity. Even in their arrogance, the Elves acknowledged it as a close second to their own civilisation. At its height, it ruled a full third of the known world. It survived the God War and the Age of Ice with its capital city a shining beacon of hope in the dark. Winter’s defeat and the subsequent flood, however, saw the end of humanity’s golden age. The Infant Sea swallowed vast swathes of Primovantor with its birth. What land that remained had been devastated by the long war. With the High Consul’s death and their capital a ruined wasteland, the Grand Republic of Primovantor finally fell into warring states. Of the remaining human kingdoms, only Basilea in the east retains any semblance of the Republic’s glory.

To the west, the Successor Kingdoms dot the land. Unlike Basilea, these kingdoms are a mix of cultural influences, each as different from one another as possible. Their borders vary from a city’s walls to whole swathes of land, covering a hundred miles. Though there are many states that claim the title, only Valentica truly has the right to call itself a kingdom for it is the largest of the Successor Kingdoms and the most stable. These splintered lands are home to great warriors, engineers, and wizards. They have traded much with the dwarfs and even managed to secure rudimentary gunpowder weapons. 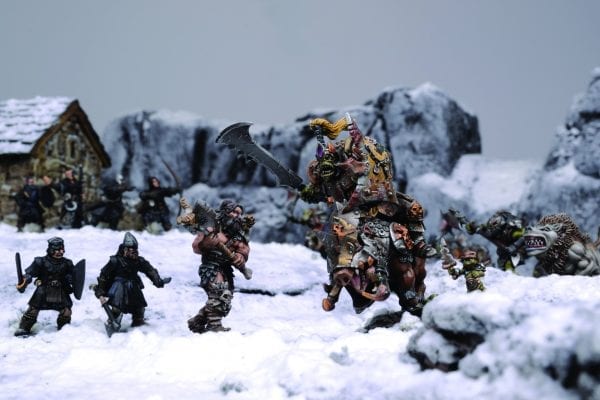 North of the Dragon Teeth Mountains lies the Young Kingdoms. Winter’s Flood ruined the Primovantian provinces in this land beyond recognition. Whole new states with little resemblance to their Primovantian predecessors rise on the Ardovikian Plain. Men rule most, though a few are ruled by elves, dwarfs, and even, rumour has it, vampires. These lands are more isolated than those of the Successor Kingdoms. With less tradition behind their kingdoms, social mobility is much higher than in the rest of the world. There are even instances of the unthinkable occurring, a peasant becoming king and surviving to father a whole new dynasty.

Though, perhaps the greatest threat both the Young and Successor Kingdoms face is from themselves, numerous external powers seek to claim their rich lands. Basilea desires to reunite humanity beneath its gods. They have already conquered part of the Ardovikian Plains around the Forest of Galahir and several peninsulas close to the Successor Kingdoms. The Young Kingdoms must watch the Forest of Galahir carefully lest they anger the Green Lady and her wild forces. All across these lands, kingdoms must worry about roving orcish hordes and necromancers who fancy building their own realm. The Varangur invade from the north and goblins strike from the shadows.

The once great lands of man have fallen far. No longer can they keep their own borders secure. No longer can they all unite under a single banner. Much of what Primovantor stood for has been forgotten and cast aside. The time of men has ended. Scavengers pick over the rotting corpse of Primovantor, desperate for survival while vultures circle overhead. 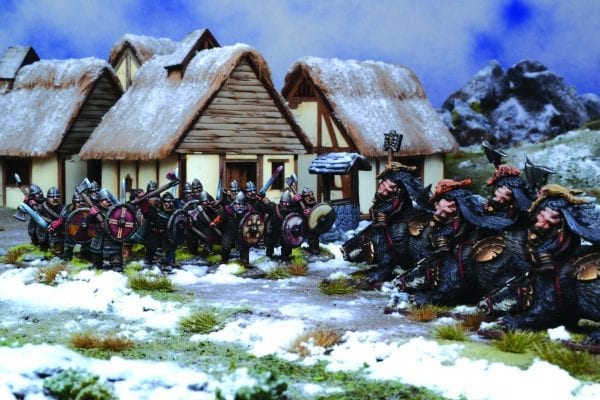 The Kingdoms of Men army is one of the most versatile in the game, in terms of the units available and the play-styles and themes it can fit into. Many people use the list to model historical armies as well as fantasy ones and one or two tournaments have seen Roman armies gracing the table against unlikely fantasy opponents! The army has a good mix of ranged, foot and cavalry options backed up with artillery support and great hero choices. As with most games, the human statline is an average one. 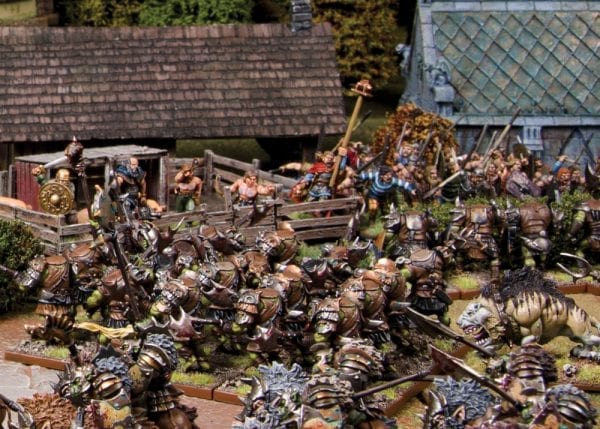 The backbone of the army comes from good solid blocks of foot troops sporting spears, pole-arms, pikes, swords and shields. Ranged options are bows, crossbows or arquebuses. There are a number of war engines to choose from and cavalry options including the truly fearsome knight horde. Heroes can be simple champions on foot to wizards or generals on flying beasts.

The Kingdoms of Men list is designed to use miniatures from various other manufacturers to build any army you like! Next time, Hunter will be introducing the Forces of Nature.