Kings of War: Vanguard will be launching on Kickstarter on November 1st. Throughout this week, we’ve been exploring the game and giving you a taste of the rules. In today’s blog, we’re detailing Group Actions.

So far in our Vanguard blogs we’ve covered the background, character cards, power dice and fatigue. If you haven’t already taken a look at those blogs, now’s probably a good time… go on, have a read, we’ll be here when you get back. Finished? Good, then we’ll carry on…

Today we’re going to talk about Group Actions. You see, although Vanguard is about the individuals of Mantica fighting for tactical advantage or prestige and power, occasionally going into a scrap as a small gang can have its benefits! Thank goodness then for Group Actions.

As well as activating individual characters, you can also spend power to activate multiple models at once. The idea behind this was so that the warbands can break off into smaller groups led by a specialist or support unit that’s backed up by two grunts.

In order to use a Group Action, you must pay the appropriate power and can then activate a group of models together. All the models in the group must not have already been activated in the current turn. First you nominate a model to be the leader and then up to two more models within three inches of the first model can also perform the same action. Some models even have Special Abilities that are Group Actions… such as the Dwarf Rangers, which have a special Group Shoot action. 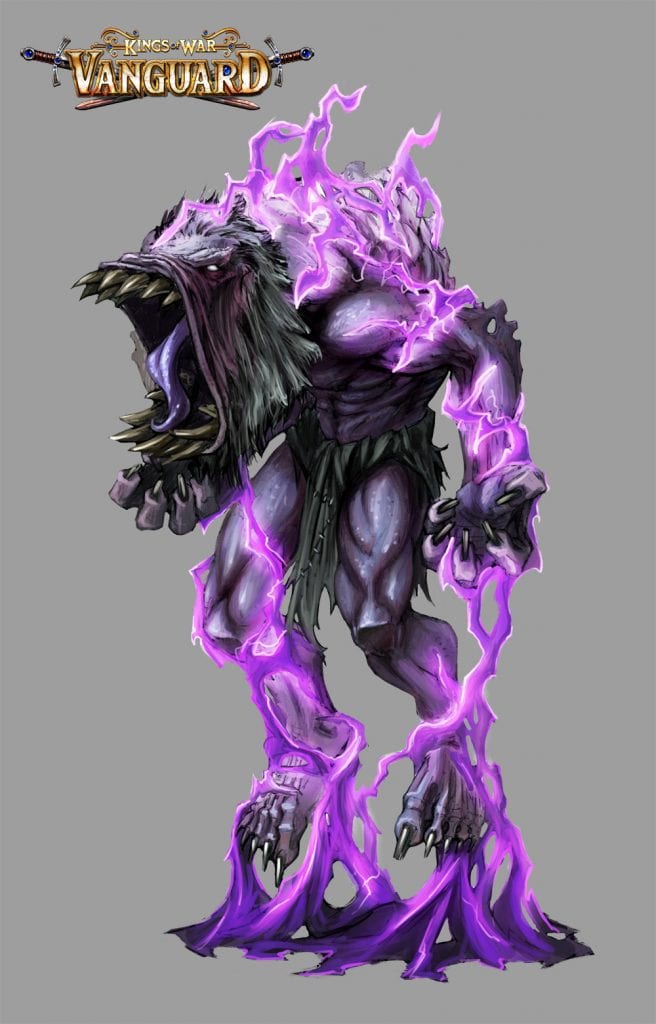 Participating in a Group Action replaces a model’s normal activation for the Turn. You cannot activate a single model, move it to join a group and then attempt a Group Action involving the model, for example. The common Group Actions available include:

GROUP DEFENCE – the members of the group each make a Walk and then a Brace action. Just in case you’re wondering what a Brace action is, it increases the model’s armour value by one and is normally a long action.

GROUP SHOOT – the group members all either Walk then Shoot, or Shoot then Walk. If Shooting is a long action for any model in the group, that model may not Walk as part of the Group Action. All members of the group must have a ranged weapon or spell to use.

GROUP CHARGE – spend the Power to nominate a group and activate them together. Models in the group may already be engaged (in which case they will not move, nor get any charge bonuses). Only the group leader needs to have LOS to the initial charge target. Models charging after the first has made contact, must charge either the same model another member of the group already has (or is already engaged with), or a target within 3” of a model a group member has engaged. Declare the targets and then move all the attacking models first, before resolving their Melee attacks in the order you wish.

So, there you have the basics behind Group Actions. Tactically they’re very useful during the game for giving you bonuses in combat (something we’ll cover in a future blog) but also for mixing up the order of activations. Just like Deadzone, the player who finished activating first in a round, gets to activate first in the following round. By using Group Actions you can actually have more models than your opponent but still finish your activations first. This can give you the tactical advantage of going first in the following round.

So, will you be going it alone or working together? Hope you’ve enjoyed Vanguard Week so far. In fact, we’ve enjoyed it so much we’ll be extending the blogs into next week and looking at a few more aspects, such as combat, facing and the campaign rules.