This week we’re delving into the Mantic archives to re-release some miniatures that have been lost over the 9 years Mantic has been running. This blog will go over the returning fantasy miniatures, check back later this week to see what we’re doing with our sci-fi range! 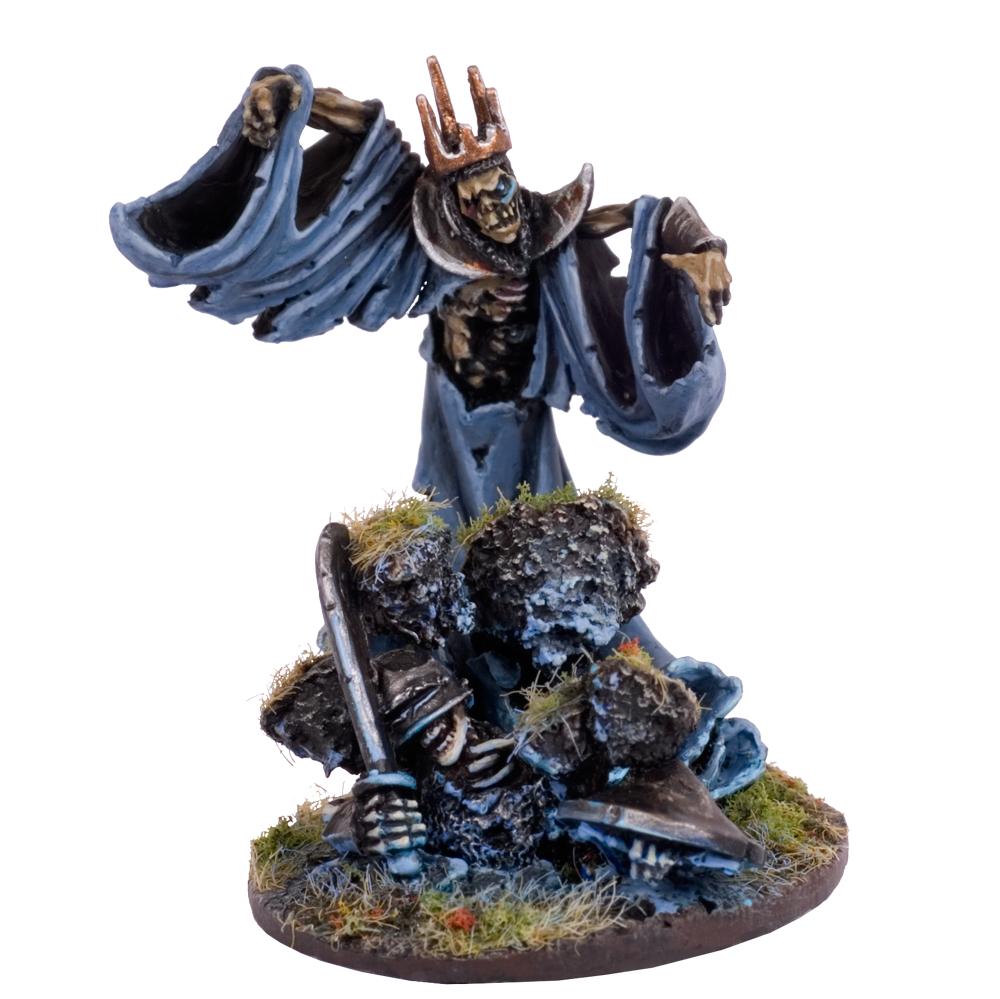 First up, we have an oft-requested miniature – the Liche King! This looming revenant was originally released as part of a diorama including a skeleton being dragged from their grave. We only have a limited number of these, as the mould is almost spent, but the last run of these models are available to buy from the webstore. You can either grab the original diorama from Mantic Points, or a single miniature on general sale for use in your games of Kings of War. 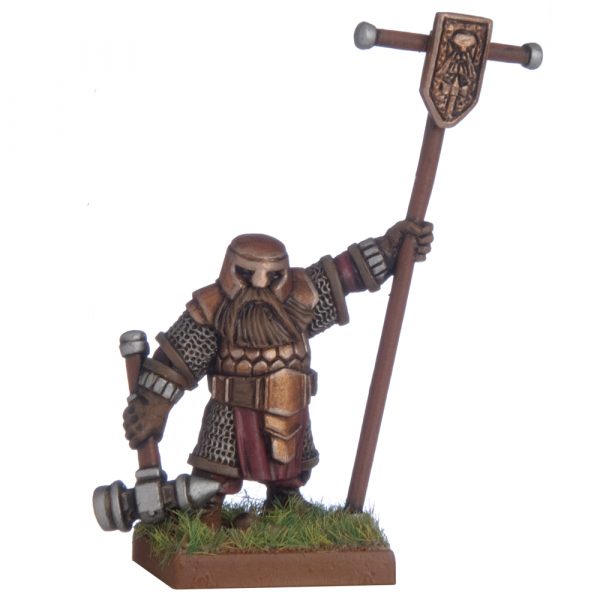 Mantic’s early releases also included the councils – The Dwarf King’s Council, Death King’s Cabal, and Elf King’s Court. These sets each included a group of heroes, including kings, mages and standard bearers. Many of these miniatures have since been released separately, or have been replaced with update sculpts. Oddly enough, this didn’t include the standard bearers, which are really useful heroes in your Kings of War Armies. So, we’re happy to announce the return of the Dwarf, Elf and Undead Army Standard Bearers on foot – available to add to your armies now! We’re also bringing back the Classic Dwarf Warsmith, simply because it’s a great miniature. 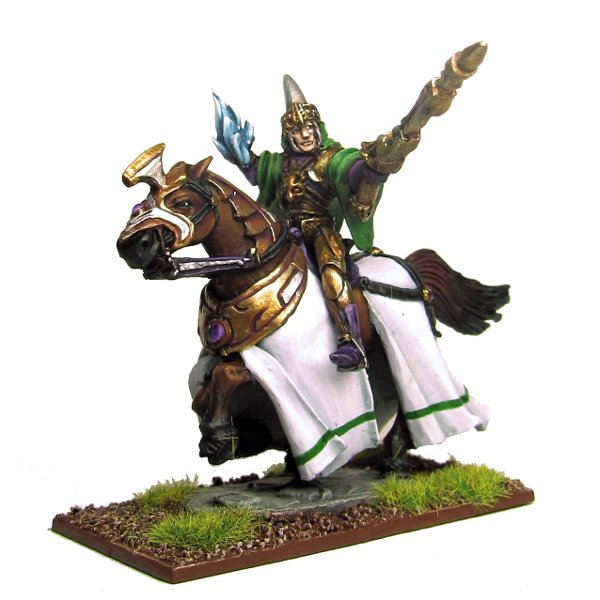 There are two mounted heroes returning, too. The Elf Mage on horse combines potent magical abilities with the speed and height of a mount, giving your hero greater versatility on the tabletop. The undead Vampire Lord on equally undead horse works well as not only a powerful close combat character, but also aiding the Vampire’s necromantic abilities that affect your troops. On the subject of undead, we’re also re-releasing the Revenant King on foot, who is a useful mid-level hero for your undead armies, able to support your line and get into combat alongside your legions. 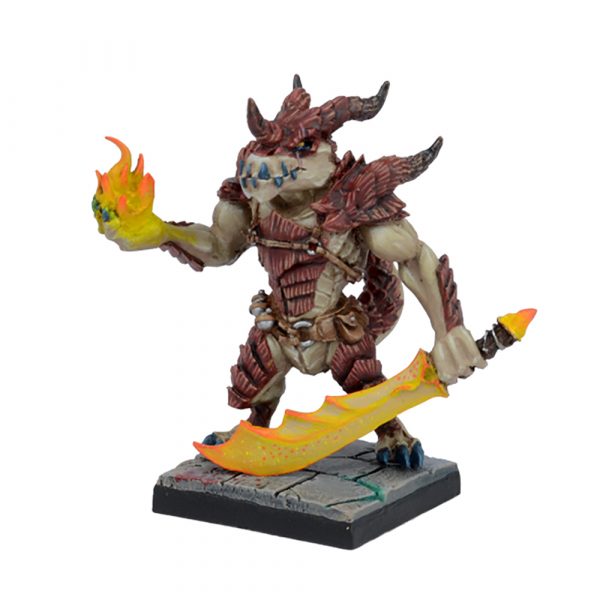 Next up, we’ve looked at the Dungeon Saga range to see which heroes would be useful as miniatures in Kings of War. The Basileans are reinforced with the High Paladin and Abbess on foot (Ibrahim and Venetia), while the Forces of Nature gain the Gladewalker Druid and Salamander Clan Lord/Veteran (Kapoka and Hratth). The Elves will now be able to take a Master Hunter (Madriga), the Dwarfs can field an alternate King (Rordin), and the undead get a Vampire on foot (Enric, the Butcher of Stryania). These miniatures will include their respective Kings of War bases, rather than the Dungeon Saga flagstone bases. 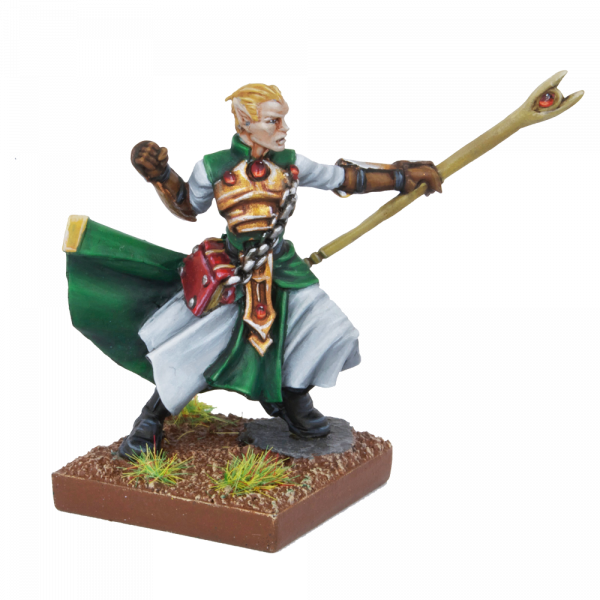 Finally, we’re adding some miniatures to Mantic Points. You’ll now be able to pick up J’Zik Gearlund, El’Rik Nisleen and Ronaldo the Bard for your collections. We’ll also be releasing Kernow, the Dwarf Standard Bearer, for the very first time, exclusive to Mantic Points. These are just the Fantasy miniatures – check back later this week to see what we’re doing with our sci-fi range!

These awesome miniatures are available to pre-order to ship on the 21st May, why not add them to your army?