New Rules and Spells in Kings of War: Third Edition

Kings of War player extraordinaire and all-round nice chap (even when he’s wiping you off the table), Daniel ‘Darklord’ King is here with another Third Edition sneak peek. Make sure you listen to the latest episode of the Four Foot Snake podcast for more in-depth discussion. Anyway, enough from us. Dan, it’s over to you…

Today we have two Special rules (well three with Frozen), two Spells and two Artefacts. Be prepared for thrills, spills and excitement!

Duelist – This special rule doubles the unit’s attacks vs Individuals. It adds a new character killer element that we initially trialled with the Quicksilver Rapier. The Vampire has this (doubling to a whopping 14 attacks!) as do various Assassin style characters (Goblin Stinggit). 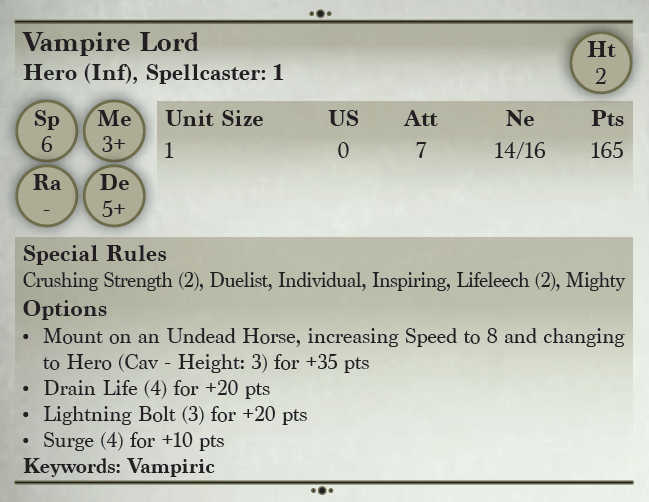 Phalanx – The big one! There have been various hints about this, all over the place but let’s get down to the nitty gritty. It still strips Thunderous Charge and Nimble, as per Clash of Kings 2019. However it now also gives a -1 to hit modifier to Cavalry, Large Cavalry and Flyers that make an unhindered charge against the unit’s front.

Note it’s only unhindered charges, so putting spears in a forest won’t confer a -2 to hit modifier. It does stack with Ensnare though! This really gives spears a solid place as a counter to Cavalry, Flyers and indeed even Berserker types that rely on TC (Infantry they won’t be -1 to hit, of course).

Spear units with Phalanx still get the bonus attacks too so they are really great all-round units.

Any units damaged by Icy Breath gain the Frozen special rule (until the end of their next turn). This means they are -1 to their Speed. It cannot, however, drop a unit below Speed 4 (those Dwarfs are way too hardy for that… or too full of warming ale, you decide!). So a Speed 5 unit would drop to Speed 4 and only be able to charge 8”.The Frozen rule doesn’t stack with itself, but would stack with something else (a unit with a Loot counter would be Speed 4, for example). 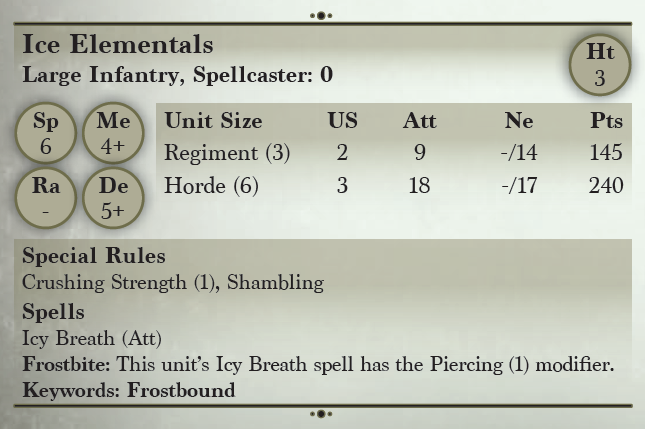 Note there are also some units that get benefits vs Frozen units (*cough* Northern Alliance *cough*).

This can be a huge deal, affecting not only who gets the first charge off, but also could be critical if you slow a unit on an Invade scenario, for example.

This is a reverse Windblast, like the Siren currently has in Second Editon. This spell pulls enemies 1” closer, for each hit. Very handy if you also have Surge (mmm… is that a flank I see before me).

Units such as the Abyssal Seductress and Dambusters have this Spell, and it brings quite a different dimension to various armies. 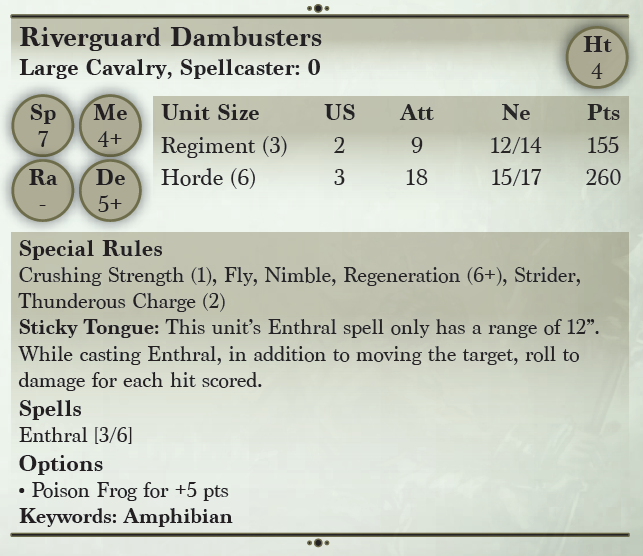 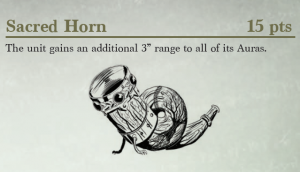 Very simple, it increases Auras by 3”. Got a Necromancer with an Aura of Vicious for Zombies? Well for 15 points you now have a 9” Aura. BRAINSSSSS!!!

I predict this will be popular.

Blessing of the Gods 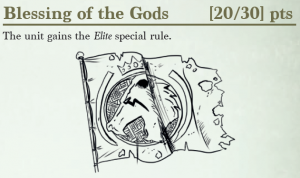 This is basically the same as previously, however it shows the sliding points scales we’ve used on certain artefacts. Hordes and Legions pay the second amount (30 points.) All other units, be they Individuals, Regiments, Troops etc., only pay 20.

There we go, that’s it for today, plenty more shall be revealed in the coming days and weeks however. For a more detailed analysis, plus other little bits and pieces see the FFS podcast!