New Year, New Game: Ronnie’s Plans for the Year Ahead

So what do we have next year… well the short answer is 2017 is shaping up to be a very exciting year, fuelled by gaming joy!

But, let’s do the ugly stuff first. Over the last 18 months we have been hit with a heap of price rises, and on top of that the dollar prices have risen too. We have soaked this up for as long as we can, and held the armies sets at £50 this year, even though the regiment sets all went up in price.

However, the current Kings of War army sets, and Dungeon Saga will be going up to £59.99 from Feb 1st. We will look at reconfiguring the sets to see if we can bring them back to £50, and offer a better starter force at the same time. However, that does still give you 30 days to pick them up at the existing price, so if you’ve been thinking of starting KoW or picking up a new army for the summer campaign, there’s no better time than now! 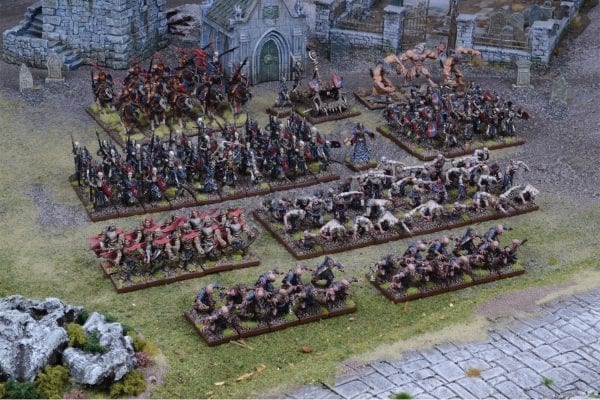 The year is starting with a ’new year, new army’ theme – because it always takes a while to get that army ready for the tabletop. Plus, if you want to be involved in the massive summer campaign you’d best get building and painting! If you want to give KoW a try, then you can find the new rules here and we have a special offer on the softback gamer’s edition of the rulebook right now too.

In the summer we have the global campaign, which we will be run alongside Beasts of War, and the outcome will move the storyline along. Then towards the end of the year we will have the Kings of War sourcebook (just like that beautiful edition that some of you will have in your Warpath pledges).

Talking of Warpath, it will hit retail in April. First up will be Enforcers vs. ForgeFathers and the armies come thick and fast thereafter. Warpath is all about big battles – while the mechanics are all new, and themed strongly about taking key strategic points, and using the terrain well, we have tried to apply a lot of what we have learned from KoW about game length and clean, slick rules – so you can set up and play through in a couple of hours. If a mass battle is too much, there is the more skirmish-sized battles in Firefight.

If that’s too big you can play Deadzone for squad sized tactical actions (with some new releases planned, including a GCPS faction). And if even that is too much, then wait for Star Saga coming later in the year, where the Warpath universe gets its very own dungeon crawler-style board game.

And of course we have Dreadball 2nd edition hitting next year. This edition of Dreadball will rebalance the teams, make Jacks rock and make sure there is a very cool league system to tie your games together. If you want to jump in on the beta testing for DB2 then click here.

And then we have The Walking Dead: All Out War rolling out throughout the year. January and February sees the individual release of the Atlanta Camp Survivors, with Rick on a Horse, The Governor and Morgan all available – and if you got the Kickstarter and want to add these, go here. May sees Hershel’s farm, and a host of new faces joining the game. Oh, and we have added a few BIG names as retail exclusives then too. We’ll have organised play packs coming out, paint sets and some game aids too. 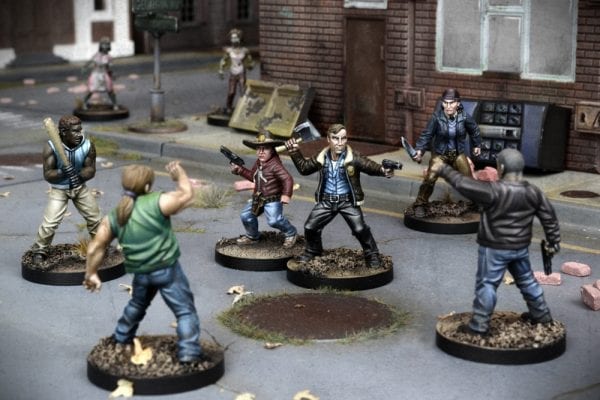 Ok, nearly finished. The plan for the future is to focus more and more on making our product available through your local hobby stores, rather than running lots of Kickstarter campaigns. This means we are making new organized play packs, as well as improving the existing ones.

We will also be attending more shows than ever next year – both in the UK and Europe. Plus, we’ll be back at PAX shows for the first time in five years!

We will still use Kickstarter to help us with the bigger projects, so we can go large and hard at launch, just as we did this year. But on some we might limit the pledges to exactly the funding needed.

And what’s coming up you ask…well far be it from me to say ;), but I have always been known for my love of a bit of 3D scenery, especially all the useful stuff that brings your wargames table, or dungeon to life, and I might have been testing a skirmish style game recently…

So, thank you for your fantastic support for Mantic over the last 12 months. Special thanks to everyone who introduced a friend or club to one of our games. It’s fantastic to see the community for each system growing and the fun and enjoyment the games bring. I hope and feel The Walking Dead will take us to a bigger and wider audience than ever, and many of those will then migrate on to other Mantic games.

Wishing you all a very happy hobby 2017 and hope to see you online, or even better at an Open Day, event or show sometime next year for a chat or a game.

May your dice rolls be lucky,