Well, it’s very safe to say that Vanguard was one of our most successful game launches ever. Since the Kickstarter shipped and the game hit stores in October, we’ve seen plenty of faction photographs, battle reports and painting tutorials pop up online – which is great. Plus, popular YouTube channels like BlackJackLegacy, Weight of Fire and Guerrilla Miniature Gaming with Ash Barker have all jumped on board the Vanguard hype train – and there is a host of events already scheduled in and filling up fast.

In fact, the game has been so popular that we’re just about sold out of the first print run of the rulebook – so if you want to get one before January (when the 2nd printing arrives), you’ll need to grab one quick!

However, all this is only just the beginning of the Vanguard journey. Over the coming weeks and months we’ve got plenty of awesome Vanguard coverage and releases planned to keep the games fresh and ever evolving. 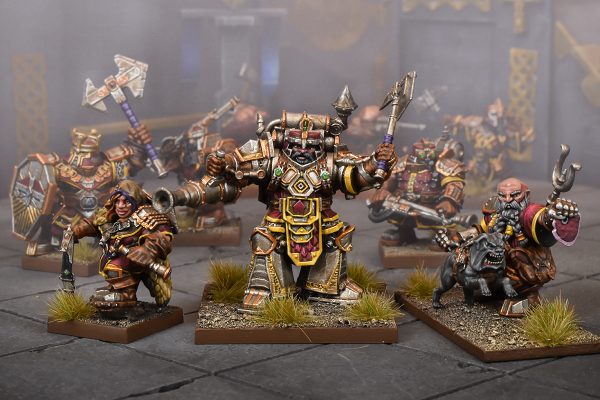 However, one of the big pieces of news today is that EasyArmy has now been updated with all the unit stats for the currently available warbands. That includes:

WHY ARE WE USING EASYARMY?

In the core rulebook – and the PDF download – you receive starter warband lists for each faction. In fact, in the rulebook there are 121 units spread across the different factions (and we’ve recently added extra units to the downloadable PDF). This gives all the factions a fair and even starting point when you first collect and play the game.

Then, to keep the game growing and developing, when we launch a faction at retail (such as the Forces of the Abyss, Nightstalkers, Basileans and Northern Alliance) it allows us to go to each new range and add some incredible new miniatures – which will often be entirely new unit choices (such as the awesome Palace Guard – Ogres in Plate Mail – yes please!!!), or hero style figures – which make great models for your KoW army too. These not only give us new models for you to gaze longingly at, but also the chance to try new options to add to KoW armies. 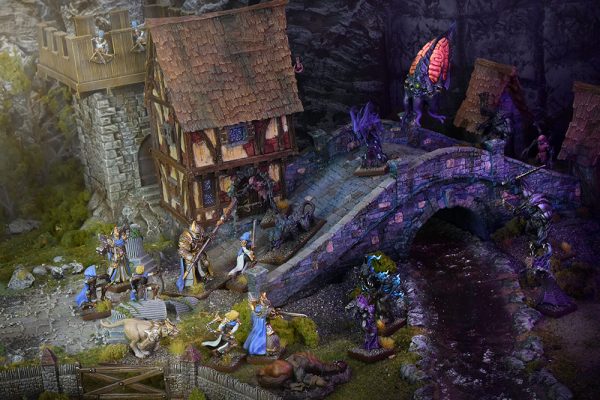 And aside from making cool new models, this is an opportunity to ensure the game remains balanced and fun for players, as the additional Warband entries help change up the meta or address any weaknesses – and each army gets its own focus and each entry can be carefully considered – impossible if you try and do it for 20 entries for 15 + armies all at once! For example, if it becomes clear that Trident Realm needs a cheaper grunt option (as Rob keeps moaning about to Matt Gilbert… but then again, he is a cheating scoundrel), then during the retail launch we can add something to the list to mix things up a bit.

This all keeps Vanguard fresh as everyone gets new factions – both models and rules – to either dive into or play against.

IT’S ALL PART OF THE PLAN…

In the retail release these new units come in the form of warband cards. These cards are handy references that can be placed on the table during play – or you can make a note of the stats on the warband roster sheet (available to download here). Warband cards are planned at the moment as a faction gets a full retail release. So, the Dwarfs will be next in 2019, followed by the goblins and so on.

Of course, we’re aware that many Kings of War players and Mantic fans in general may have some miniatures that are represented by the cards. You may even have some miniatures that AREN’T made by Mantic *faints in horror*. And that’s exactly why we’re officially working with Gregg over at EasyArmy to ensure that new units are consistently added to EasyArmy too. This way you can browse new units online to see what the competition may have up their sleeve, or plan your latest foe-crushing list. Once you’ve finished your list, you can save it as a PDF and it’ll look like the below (almost identical to the warband cards) – and we have already added 2 new units/heroes to all the original factions. These will be scooped up at some point into a book, alongside lots more new scenarios and a few other surprises 😉 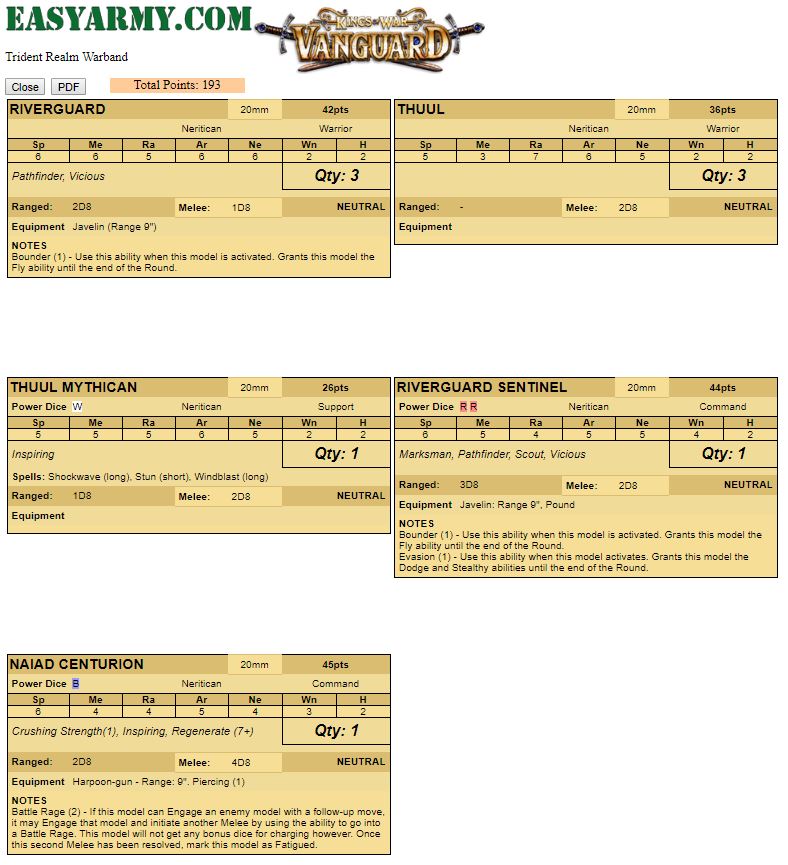 In fact this is very similar to how we keep KoW fresh with the Clash of Kings book – currently the 2019 available at all good gaming stores and online at www.manticgames.com <end plug>

By working with EasyArmy as an official partner, it means that the rules and unit stats will continue to be available to browse online or download as a warband stat sheet, and we will be constantly updating and developing the game – in a format available to ALL for free!!

So, if you can somehow resist not buying those wonderful new miniatures (such willpower – they really are some of our best-ever fantasy minis) you can still access all the up to date information online any time and completely free. And, as mentioned, by continuing to have full faction releases every couple of months, it ensures we will keep Vanguard fresh throughout 2019 and for many years to come. In summary then:

Enjoy your gaming and hopefully see you at a Vanguard event soon.