Following on from our last Tactics Tuesday article, Kings of War Rules Committee member and tournament legend Dan King gives some guidance to playing Kings of War competitively as well as some great gaming etiquette.

Never just pick up a unit and move into melee, tell your opponent what you plan to do first. This gives them time to say “Hey wait, I’m not sure it’s in charge arc” or range etc. Once you’ve moved it, that’s it, you have no way of checking. You don’t want to have your opponent annoyed as they feel you’ve cheated (intentionally or not). Besides if you don’t you may then be reduced to a d6 roll off, (as neither of you can prove who was right) when you we’re certain that you had that charge. So it’s both sporting and tactically sensible.

One thing I often do for movement in general, (I may wish to check out various possibilities and where there is doubt) is put a die or other marker behind my unit to allow me and my opponent to see if I can do as I wish. That way you can pull the unit back and try other options until you are happy with its final position. 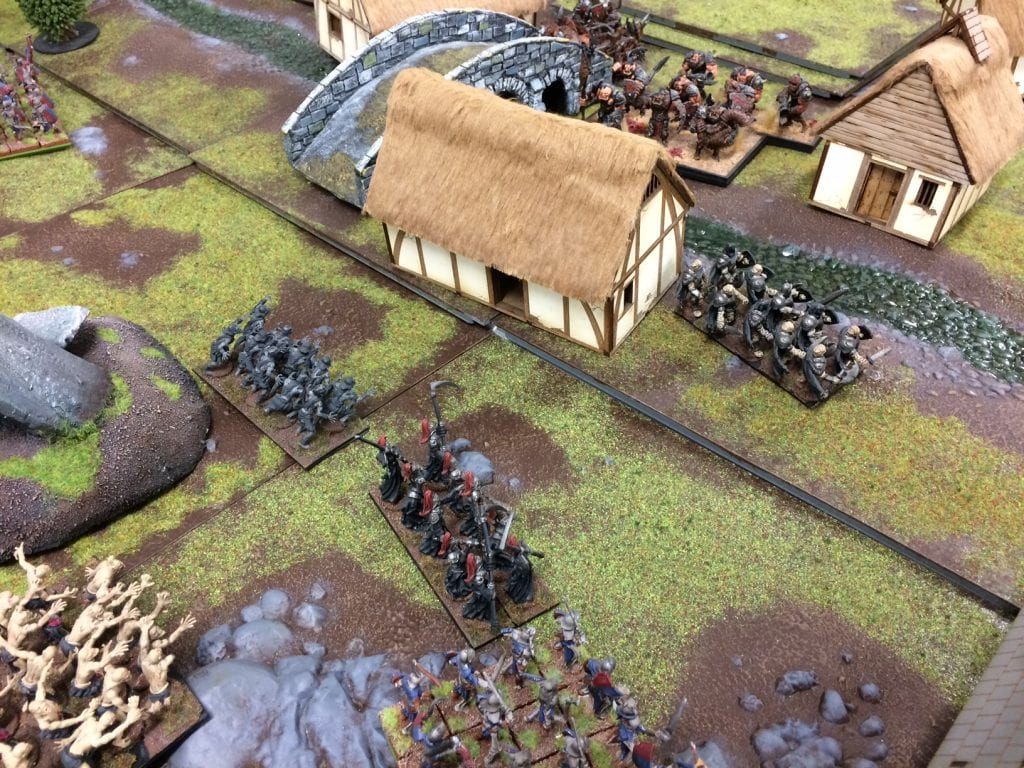 On the flip side of course watch your opponents movement, and if ask them to wait a minute if they seem to be about to do something you don’t think they can do. Players will sometimes move units too far, or pivot too much etc. Don’t be afraid to point this out, again politeness is the key here. If you do let your opponent off sloppy movement it may end up costing you the game. So even if you are not sure it’ll really matter it’s better to be accurate.

You should also confirm with your opponent if a unit is out of charge range/arc etc, it’s better to do this on your turn, so you both know your unit cannot be charged etc. It’s so much better when you agree things consensually before it matters.

Lastly get some tools! Arcs of charge, laser lines and such, are awesome things and they can show 100% if a unit is on the flank etc. Never just go by eye as perspective can play funny tricks.

If my opponent says to me “Oh I forgot to shoot that unit” and they’ve started doing melee combats, let them go back and do it, they will then hopefully do the same for you. This creates a more laid back game, and honestly I don’t want to win just because my opponent got excited and cracked on with a combat!

That being said, generally only go back a phase or so. If it’s your turn and you are about to flank a unit, it’s really a bit late for your opponent go back and redo their movement phase from the previous turn. I would let an opponent go back further for something such as a Regeneration roll, that’s because it’s not optional, you have to roll for Regeneration.

Also note that some opponents prefer to play a game completely by the book with no take backs, and that’s okay. Personally I adjust to the style of game my opponent likes as I’m pretty easy going. 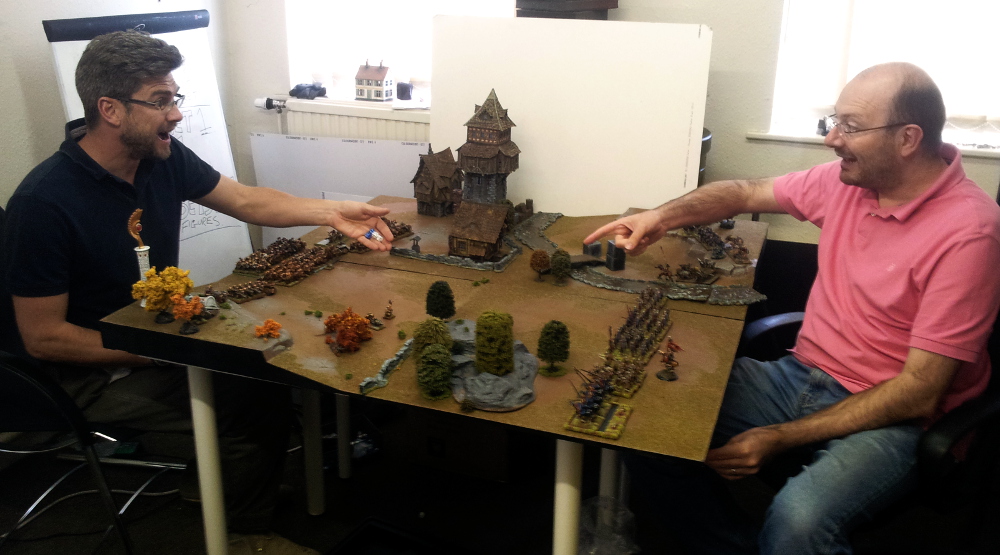 Ok you’re playing the game and you’ve realised your opponent is quite inexperienced and is making huge mistakes. Offer the odd suggestion, “You do know you’ve given me a rear attack there?” We’re all in the hobby together and helping improve others tactics is a nice thing to do. Of course if you’re at a tournament and your opponent is one of the best players in the country and THEY make a mistake well all’s fair in love and Kings of War! 😉

Don’t forget, if you’re ever unsure about anything, don’t be afraid to ask to check out the rules or query it with someone else who knows the rules well. As long as you’re nice about it, it’s all good. “Hmm, mind if I check that?” It’s better to get things resolved amicably, and if something’s really unsure either let your opponent have it, or roll a D6 to decide.

If you are sure about something than make sure you tell your opponent. Again be nice about it, but most of the time they want to know if they are doing something wrong.

And the most important thing: have fun! If wacky things happen for either side, have a laugh about it. Win or lose, the aim of the game is to have fun. Winning’s nice and all, but if you can meet new people and hopefully make a new friend then it’s win/win for everyone.

And that’s the end of this two-part article. Remember, if you missed the first part you can find it here! Tune in next Tuesday for another fascinating article.