Tactics Tuesday: What not to do when playing Kings Of War!

Hello and Welcome to Tactics Tuesday!

This is the number one place to find the tips and tricks to master your favorite Mantic system, hopefully over the coming weeks you will learn how to deal with that one pesky unit that has been giving you trouble or find some insight into better ways to play and enjoy your best-loved game.

With the start of a New Year, you may be considering picking up a new gaming system for 2022 and beyond. However, sometimes starting a new game can be daunting because you may be worried about making mistakes or getting your tactics missed. Well, I’m here to make those mistakes for you. At the recent staff Christmas Kings Of War Tournament I lost all three games, so who better to show you what not to do? I want to pass on what I learnt from my experience to fellow players who like me are just starting out on their journey through the rank and flank world of Pannithor. Sometimes it can help to learn what not to do, just as much as learning what you should do!

WHAT DID I TAKE?

I played Salamanders and took what turned out to be a very punchy list, primarily due to a horde of Tyrants and three Hordes of Rhinosaur Cavalry. I had plenty of long-range attacks from a Ghekkotah Slasher, Komodon and three Lekelidon, plus a Clan Lord on Fire Drake. I also took two Mage Priests, one on a raptor (I used the wrong sized base, so I’m washing the staff dishes for a month).

WHERE DID IT ALL GO WRONG?

I believe my failings can be divided into three key areas.

We played three scenarios: Invade, Dominate and Control – all found in the Third Edition Rulebook. These scenarios, like most in Kings of War, use Unit Strength to determine the winner. It turns out I lacked a good number of high Unit Strength units. In total I had a US of 18, which isn’t terrible but definitely lower than all my opponents. The main US came from my Tyrants and Rhinosaurs but because these were the units with the highest melee attacks units, I threw them straight into the fight early on in each game to start smashing face. Great plan but by turn five, they had taken too many wounds and, inevitably, started to fail their Nerve rolls. This meant I was then left with individuals and small units that either had US1 or US0, so never enough to take control of the objective.

This is the main thing I learnt from the tournament and the list I made: Unit Strength is key and I need more of it. To accomplish this I think I will look at adding some cheaper units (chaff as the more experienced player would say) like the Ember Sprites or some Fire Elementals that are less chaff and offer more Unit Strength whilst still being relatively cheap. 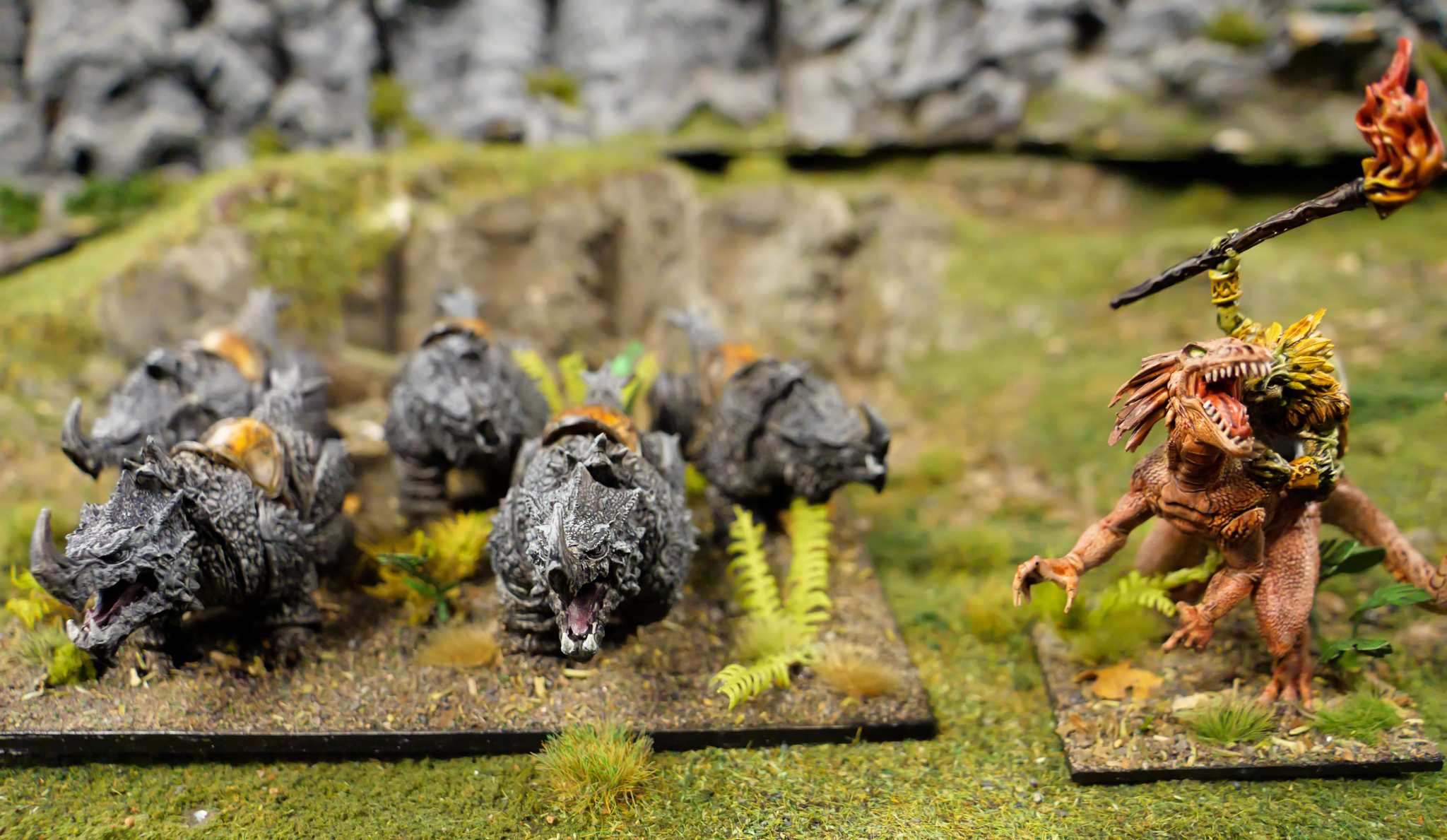 I took a dragon (well Fire Drake) and got too excited! The first two games I charged the Clan Lord on Fire Drake straight into the mix and got it locked up in combat. Whilst it can hold its own in combat, its Firebreath (12”, Steady Aim) is its best trait but I didn’t get to use it because it kept being Disordered. It was only in game three (out of three) that I learned my lesson and ran the Drake behind a line of Rhinosaur Cavalry, allowing it to use its ranged attack whilst being protected from melee attacks. 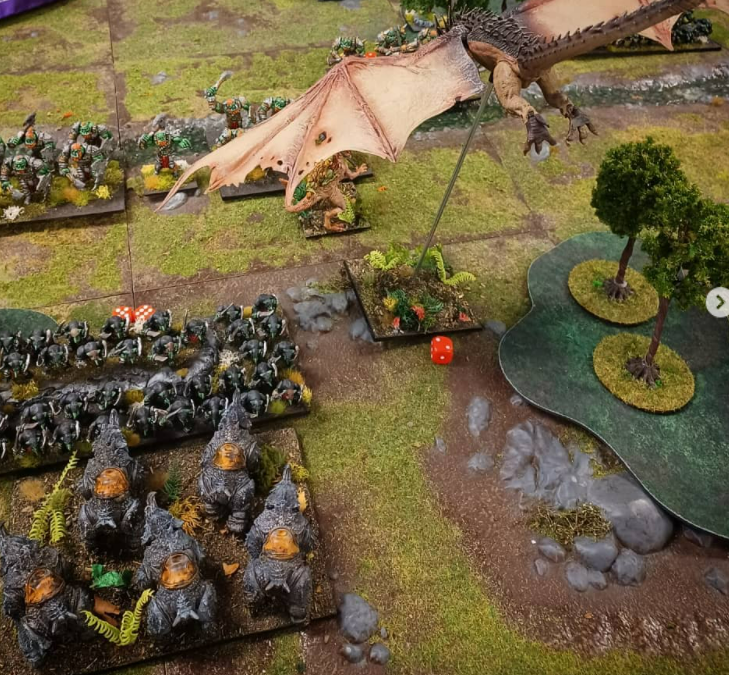 As I only started building the army the week of the tournament (another free top tip: don’t do this!) I used Artefacts to fill out a good portion of the points, so I didn’t have to build more units. Tactically this was a mistake, because I could have easily fitted in another horde of Tyrants if I wanted. That would have given me a massive boost on all fronts: Unit Strength, attacks and so forth. I also found that I did not utilise a lot of the Artefacts as well as I could have done and maybe didn’t pick the best ones. This is obviously something I will learn as I play the army more and more. My tip to other new players would be, speak to regular players, they will have extensive knowledge on what Artefacts are a must take both in general and also for your specific Faction.

All this said, I had an absolute blast!

I think losing these games will make me a better player in the future, had I won them all I perhaps wouldn’t have learnt anything about how my army plays and what I can do to improve it.

Be sure to come back every Tuesday for more insights into mastering Kings Of War, Armada, Deadzone and more!

This bumper edition of Mantic’s annual Kings of War update introduces two brand new army lists, a campaign with new scenarios, and a raft of new background information, new maps and artwork. Learn all about the halflings and the new army created by the Wicked Ones, harnessing the power of Halpi’s Rift.

The annual game updates bring a slew of changes to all existing armies, plus new magic, heroes and artefacts to deliver a big and exciting update to the game for the coming year.

This new two-player starter is the perfect introduction for Kings of War – the mass fantasy battle game. War in the Holds tells the story of the brutal battles between the evil goblins and equally wicked Ratkin. Includes an exclusive Ratkin Warlock and exclusive Goblin Wiz!

The solid ranks of powerful and stoic Salamanders are warmed by the magical heat of fire elementals summoned by the mage priests. Brutish Tyrants are used as lethal shock troops while the veteran ceremonial guard provide an elite backbone to the forces of the reptilians.