Unboxing The Walking Dead: All Out War Starter Set – Part 2!

Following on from yesterday’s post we take a look at the Walkers, scenery and dice in starter set…

Did you get bit?

Danger isn’t far away in The Walking Dead: All Out War and as well as rival gangs of survivors your party must also deal with the threat of Walkers.

There are 12 Walker miniatures and a Walker reference card included in the box. 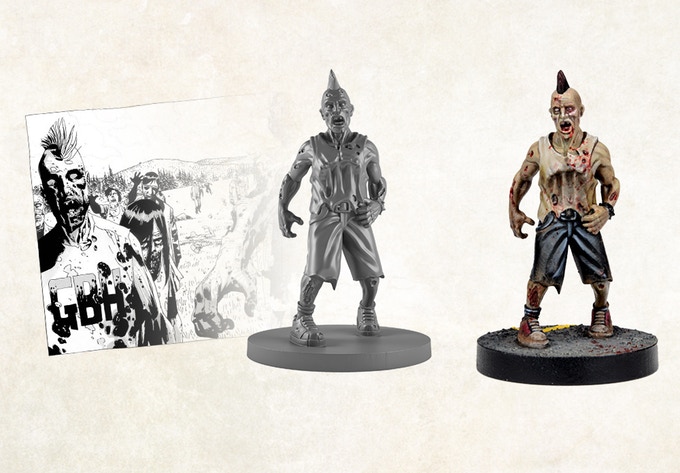 They’re slow and unarmed, but are much more dangerous than they first appear. They won’t go down easily and when attacking in numbers can be devastating. The only way to permanently deal with them is to score a head shot or to crush their heads once they have been knocked down. 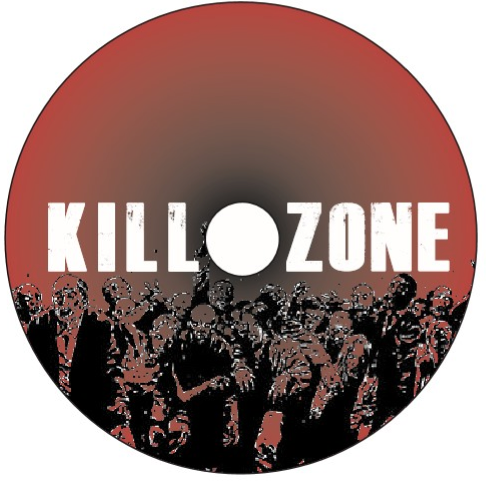 The Walkers in the game are controlled by an AI system. There are three ways in which a Walker can be made to move. If a player gets too close, within the ominous ‘kill-zone’ (under the round template shown above), then the Walkers will lunge to attack, biting and clawing at their precious survivors.

Secondly, the Walkers are attracted to loud noises – gun shots and running mostly. Creating sound will draw any nearby walkers in. They advance in a straight line and will stop at any obstacle they meet – including other survivors. A favoured tactic developing in play testing is to put your opponent between you and the Walkers and start firing your weapon – drawing them in to your unsuspecting foe!

Finally, event cards in the game force the walkers to move in different ways, often with the players partially directing their movement. You can either move them towards your opponent or lead them away from your own survivors, but remember that your opponent can do the same! This adds a tactical aspect to the Walker’s positioning and, when under your opponent’s control, makes them much more aggressive.

As combat continues, Walkers will slowly be drawn to the survivors. This is represented by a threat tracker. As the score on the tracker increases, the situation becomes more desperate as they overstay their welcome. Event cards drawn during the game get worse and characters begin to lose their nerve – it’s times like these that it pays to have a leader with a cool head.

Out on the road…

Also included in the box is a full colour mat detailing the landscapes that the characters will find themselves in. 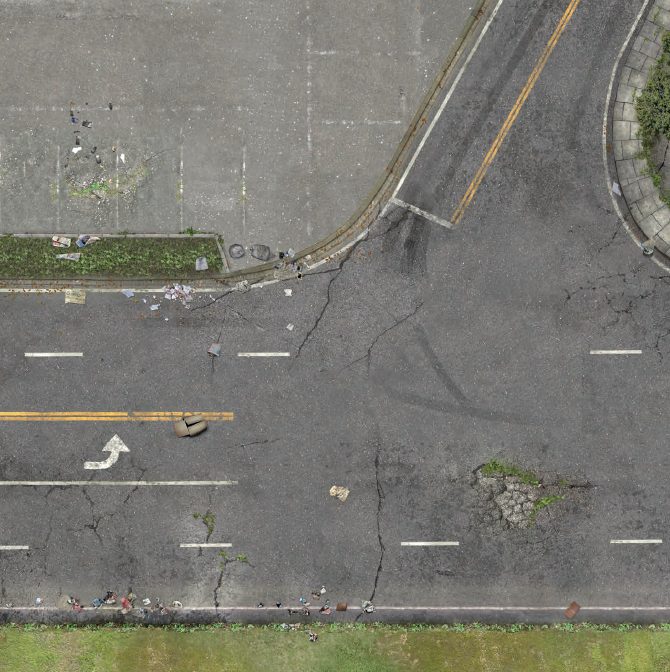 Scatter terrain is made from durable thick card stock, featuring cars, barricades objectives and loot markers (though you can use the plastic 3D markers we’ll be releasing if you wish!).

Finally, the game uses engraved six-sided dice with custom faces in a variety of colours for combat, rather than standard dice. Each character card simply displays which colour dice you roll, whether you are shooting a weapon, fighting in melee or trying to survive an attack. Certain weapons or equipment will mean you roll additional or better dice, improving your offensive or defensive capabilities. 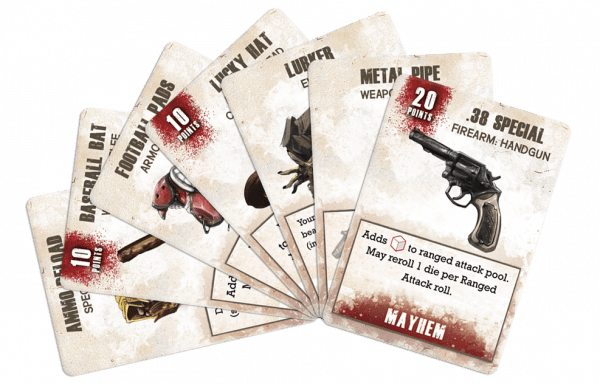 Matching the best equipment to the right survivor will be key in your fight for survival.