Just in case you’re not aware of the plot at this stage of the story, Rick and his fellow survivors are on the road, following the dramatic confrontation with the Governor. Along the way, they meet the despicable Hunters, who prey on the flesh of the living. However, it’s not all bad because they also meet a new gang: Eugene, Rosita and Abraham. This unlikely trio is on their way to Washington DC because Eugene says he knows a cure to the undead infection. But not everything is what it seems…

Of course, we couldn’t possibly do Wave Five justice without taking a look at these three characters. So, in today’s blog we’re going to preview their character cards and highlight any potential tactics. 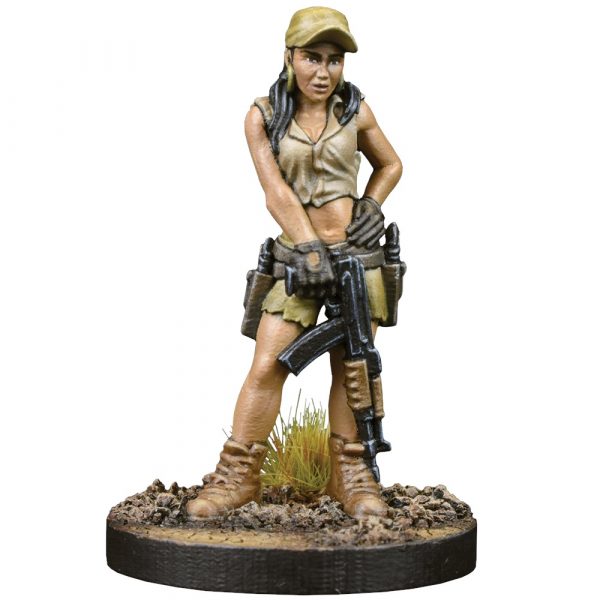 Rosita is the glue that holds Abraham and Eugene together. She is a calming influence and this is certainly reflected by her Level Headed ability. This will be particularly useful when she’s teamed up with Eugene in combat.

Meanwhile, Covert Maneuvers is definitely going to come in handy when you’re playing PvP. We’ve seen plenty of people arming their best shooters with a crossbow or rifle. However, if they roll blanks, this skill gives Rosita an extra red dice to roll. If she’s already tucked away in cover, this is going to be particularly powerful – especially as she is already rolling a white dice for defense.

Across the board, Rosita is a decent option. Rolling white dice for melee, shoot and defense, plus she has a medium nerve. She’s a definite choice for the battle ahead. 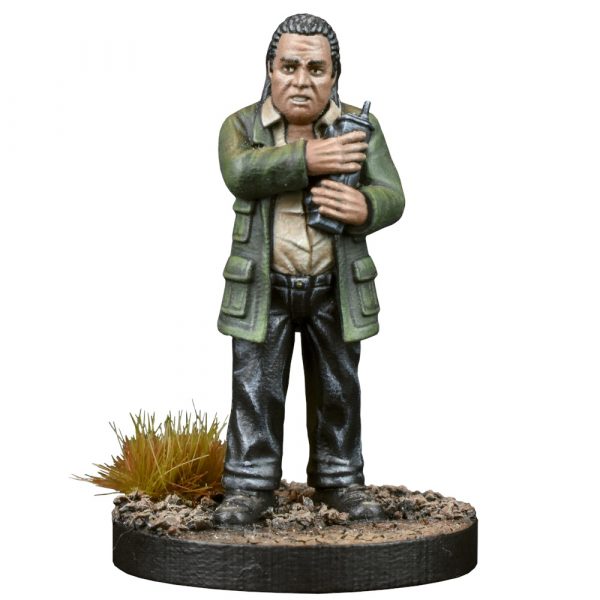 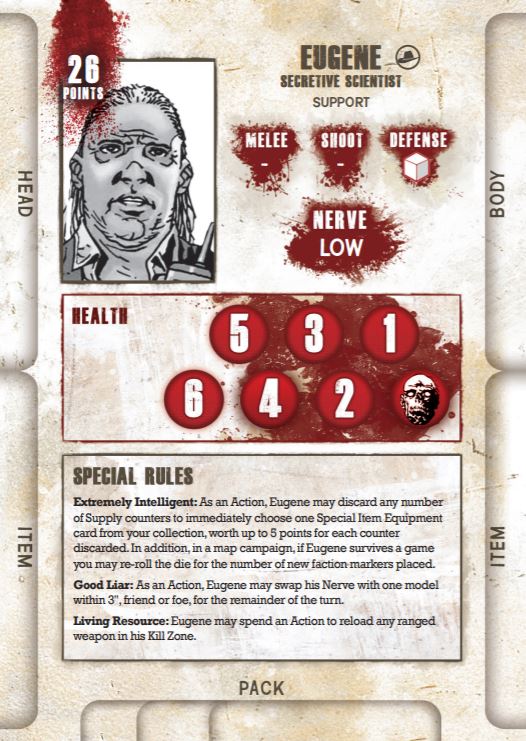 Eugene comes in the same booster as Rosita, and they make a useful pair in the game too. Unlike Rosita, he’s not a great option on his own, but his has some special skills that are going to be invaluable in boosting the rest of your gang.

Firstly, that Living Resource skill is fantastic if you’re a ranged combat gang. Eugene may spend an Action to reload any ranged weapon in his Kill Zone. This means your marksmen don’t have to worry about spending a valuable action to reload when they run out of ammo. Instead Eugene can do it for them. So blast away to your heart’s content.

Of course, this means you’re going to have to keep Eugene in the thick of the action, but that’s where his Good Liar skill will come into play. Instead of panicking when the threat passes Low, he can use the Nerve of a nearby Survivor. If only he had a pal that was unlikely to panic 😉

Finally, if you’re planning on playing a map-based campaign, then Eugene is a must-have, thanks to his Extremely Intelligent rule. Yes, he may not be capable of much in the way of fighting/shooting, but in terms of generating resources, Eugene could help turn the tide of a campaign. 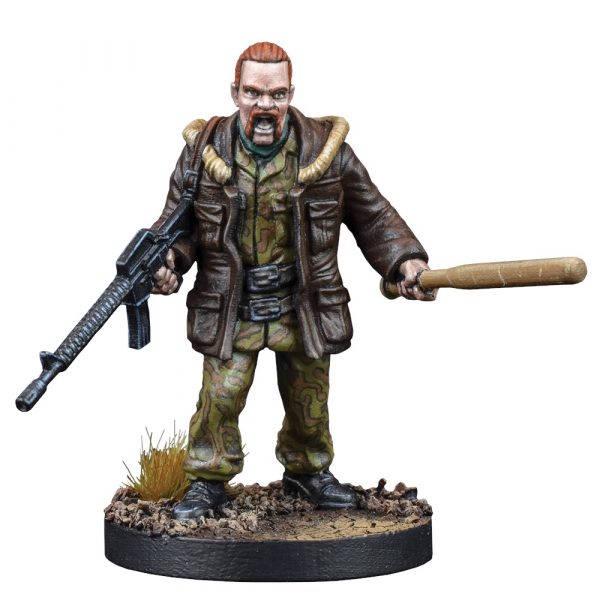 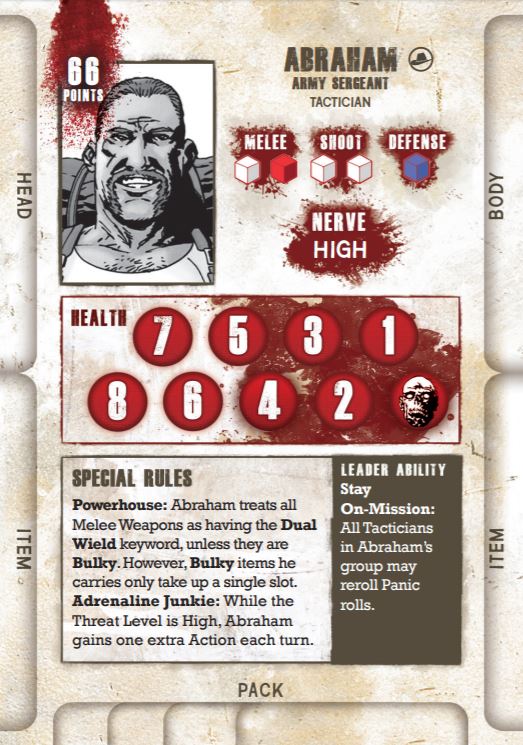 Next we come to the big man himself: Abraham. Actually Abraham has been available for some time – because he was a Kickstarter Exclusive miniature –  but now he’s back with a vengeance. Firstly, just look at those dice Melee (red and white), Shoot (two white) and Defense (one blue). With stats like these, Abraham should be going nowhere, and that’s before you even consider his eight wounds.

That Powerhouse skill is a definite threat too. This will allow Abraham to carry bulky melee weapons and a gun. Normally the bulky melee weapon would take up both his slots. Tool Abraham up with some tasty equipment and his hefty starting stats will get boosted even further. He’s a walking arsenal.

Not only that, but Adrenaline Junkie is going to help Abraham become essential in the end-game. Typically players want to keep the threat level low, but with the option of Abraham getting an extra action when the threat level is high, players will be racing to cause mayhem.

As you might expect, Eugene, Rosita and Abraham work well as a little unit. Eugene can use Abraham’s High nerve to stop him panicking, while Abraham’s Stay-on-Mission ability will let Rosita re-roll Panic rolls. This will be great when Abraham’s using his Adrenaline Junkie skill!

So, will you be adding Abraham to your gang of survivors? Let us know in the comments below…