As part of our continuing coverage on the upcoming release of Warpath, our sci-fi themed mass battle game, we’ll be taking a closer look at the various factions you can command! After announcing the Operation Heracles two-player starter set yesterday – which depicts a brutal battle between the Enforcers and Forge Fathers – today we thought we’d focus on these two iconic forces. Below you’ll find a little more information on their background and how they play in the game. 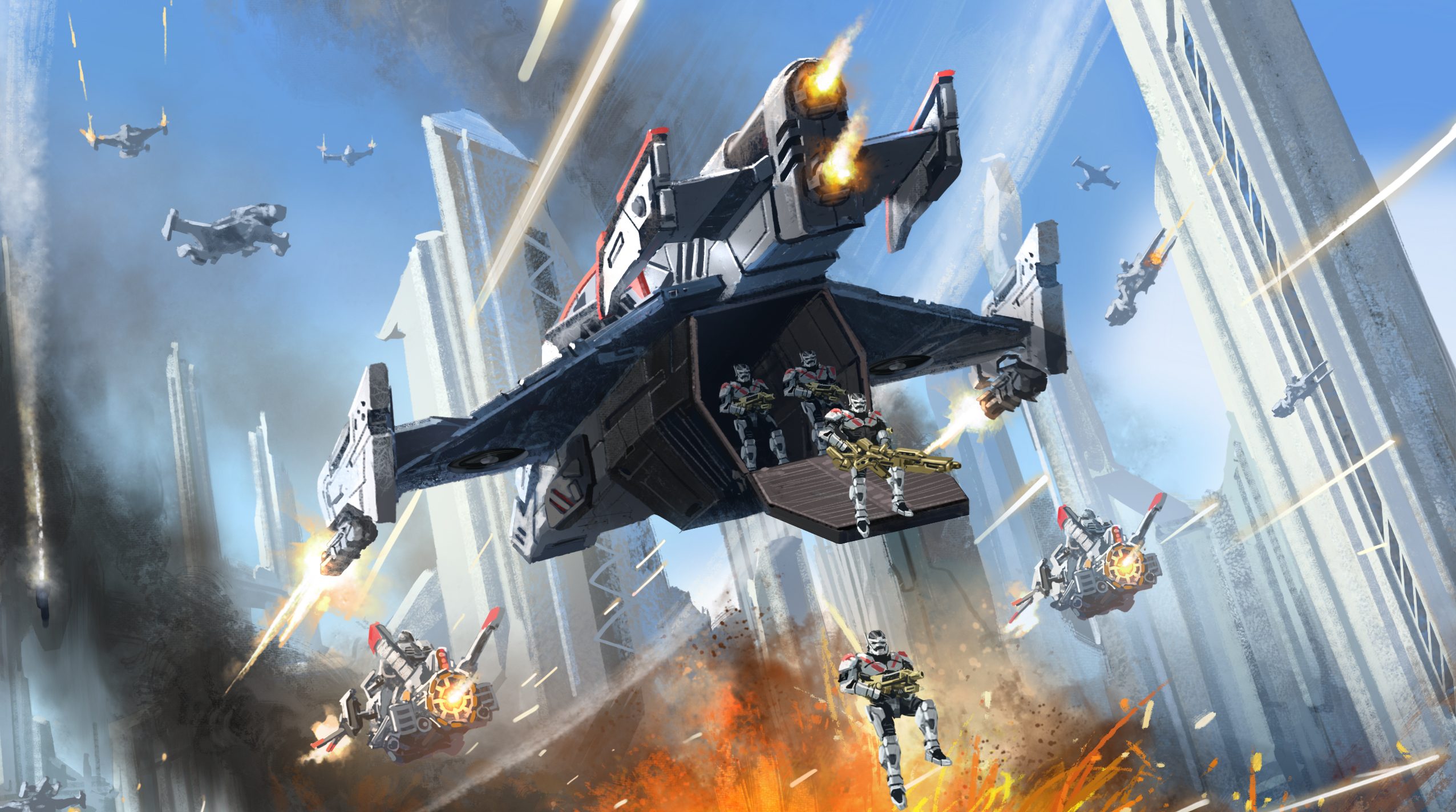 Although humanity is said to be ruled, by and large, by a corporate-run parliament, in truth the GCPS is controlled by the mysterious Council of Seven. They hold this power with the iron fist that is the Enforcers. Many times stronger and faster than a human, armed and armoured with the best technology money can buy, the Enforcers see that humanity is kept in check. Their actions range from the eradication of a dangerous alien species to the hostile takeover of a rebellious corporation. The most critical of the Enforcers’ duties are Deadzones – entire regions of space that must be quarantined, blockaded and removed from official records to prevent panic and loss of profits.

Many in the GCPS fear the coming of the Enforcers, for they are equal parts saviour and executioner. Heralded by the whine of fast-attack Interceptors and Jetbikes, their agile forces can be deployed in a moment; striking at the enemy’s weaknesses with deadly precision before withdrawing and redeploying elsewhere. As contact with the Forge Father Star Realm and Asterian Empire continues, veteran battalions of Enforcers emerge; their skills honed to deal with incursions from those races. It is the task of the Enforcers to fight the battles that no other human could hope to win – even if this means going against humanity itself.

Enforcers are one of the most forgiving armies to play –good for new players. They are fast, skilled and can be equipped for almost any situation. Although this comes with a cost in terms of points, the Enforcers are also one of the most coordinated armies; able to issue commands from almost every unit on the field. With planning and coordination, you can pull off precision attacks that send your enemies reeling. 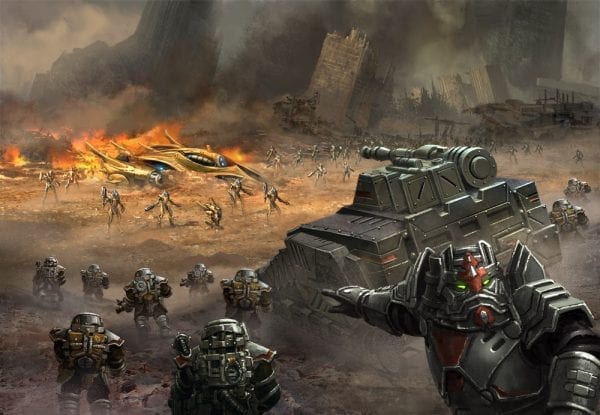 The Forge Fathers are a proud and noble race that has plied the stars for millennia. Slow to anger and slower to react, many outsiders see them as almost docile – however a Forge Father is not to be crossed. They are implacable in defence and unrelenting in assault. When the Forge Fathers lay claim to a world, they will fight to conquer it without pause – even if this takes centuries. Thanks to their advanced technology and devastating weapons, this is rarely the case.

At the core of Forge Father society is a powerful greed. Once a planet is brought into their domain for exploitation, they strip it right down to the core, every rock and mineral valued, sold and processed for their complex economy. The GCPS has often colonised worlds, only to find themselves under siege due to a century’s old claim of ownership. Although the Star Realm trades freely with the GCPS, small conflicts and battles are becoming more frequent as human aggression meets Dwarf stubbornness. It seems that it is only a matter of time before these two great realms explode into open war.

Forge Fathers rely on heavy weapons and heavier armour. They can bring a frightening amount of firepower to the game, backed up by the deployment of armoured vehicles such as the Sturnhammer Battle Tank. They are tough to suppress and and kill, thanks to their armour and the Headstrong special rule, which allows them to remove suppression. Make use of orders to pile firepower onto enemy units, but don’t forget that you will need to move to claim those objectives!

You can start collecting both of these powerful armies here – or by pre-ordering the Operation Heracles set which comes with a FREE Forge Father Huscarl to lead your force!