Elite Strike Teams fight across the surface of worlds quarantined and erased from existence. Inside a Deadzone, everything at risk and one false move could be your last. Surrounded on all sides by aliens, soldiers and mutants, how long can you survive?

Each player commands a Strike Team of five to ten models from one of seven factions, playing across a table top covered in 3D Plastic Buildings. Battle in claustrophobic firefights as you try to outmaneuver your opponent and secure critical objectives. Alternatively, you can surge forwards and close in for the kill. Whatever happens will be brutal and unforgiving.

With Deadzone released a month ago, we thought we’d take a look through some of the factions that are available and those that will soon be on order. 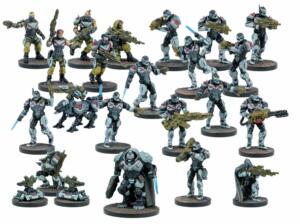 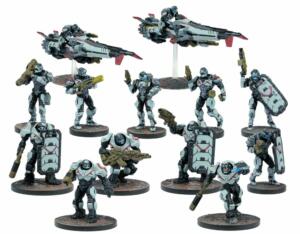 The ruthless secret army of the GCPS, the Enforcers create and maintain Deadzones. Equipped with the best weapons and armour that credits can buy and unwaveringly dedicated to the Council of Seven, they are a mobile, devastating force on the battlefield. Elite basic troopers are backed up by a wide variety of specialists, allowing the Enforcers to excel in any role that they choose, calling upon the swift Jetbikes or tough Peacekeepers in support. 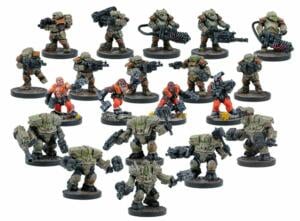 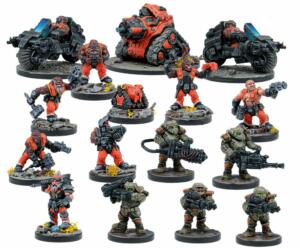 Stubborn and uncompromising, the Forge Father Star Realm sees Deadzones as an opportunity to exploit resources that the GCPS has missed and now, apparently, abandoned. Thanks to their heavy armour and stern constitution, they can wade through withering amounts of fire, whilst answering back in kind. From Magma Cannons to Inferno Drills, the Forge Fathers are unmatched in ranged combat. They may be outnumbered by their enemies, but will never be outgunned. 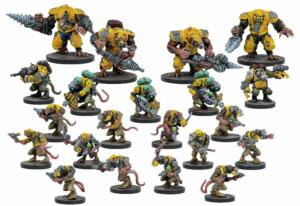 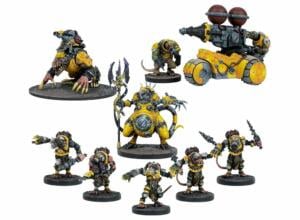 An insidious threat to civilised races, the Veer-Myn can often be found living in the bowels of spaceships or stellar colonies. They breed and experiment rapidly, until they reach an unstoppable critical mass. It is at this point they burst forth form their hiding places, bringing all manner of overgrown beasts and diabolical weapons in their wake. At the head of the swarms is the disturbed intelligence that leads them. The Brood Mother and her Progenitors direct their charges with strategy and cunning far beyond what is thought possible of such creatures. 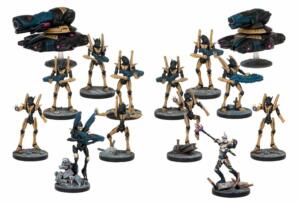 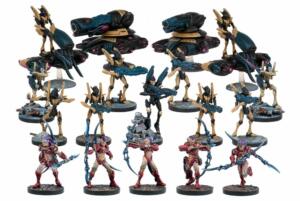 The mysterious Asterians strive for balance in all things. The other races in the cosmos seem doomed to self destruction and it is the purpose of the Asterians to guide them away from this path, lest the universe becomes unbalanced by their conflict. They will intervene directly when they need to – deploying highly specialised Cyphers and Drones to Deadzones. Each of the Strike Teams will be tasked with specific objectives, from eliminating an enemy commander, to influencing the outcome of a battle. Balance must be preserved. 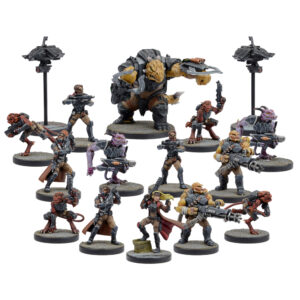 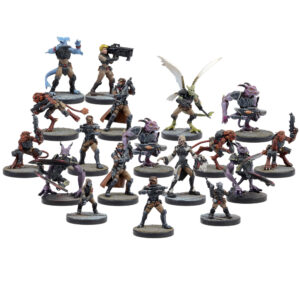 Not everyone bows willingly to GCPS rule. There are dissidents and resistance cells. While disorganised and poorly equipped, these rebels are survivalists throughout. Only the best of their number will risk a Deadzone, for the promise of valued supplies and munitions is too good to pass up. These groups are made up of a dizzying array of races that have fled the GCPS, from the stealthy Yndij to the pacifist Judwan. Each of these ‘aliens’ bring their own skills and attributes to the fold, which are always welcome, despite the racial tensions that exist within the Rebs. 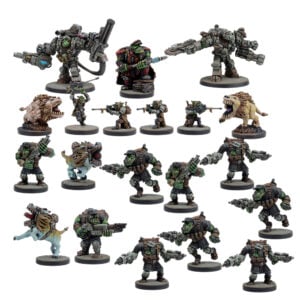 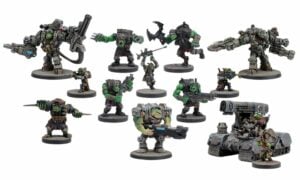 Maruaders excel in warfare. Physically strong and brutally intelligent, they can fight like no other race. They tend not to take sides in conflicts, instead fighting on a mercurial basis. They will take risks and fight for anyone who pays enough. Even then, their pay is invariably spent on better combat hardware, manufactures by various GCPS Corporations. Bulky Ripper Suits mount heavy weapons, raging Mawbeasts have explosives hastily strapped to them, while Goblins operate retro-fitted mechanical equipment, toting powerful oversized weapons.

The Enforcers, Forge Fathers, Veer-Myn and Asterians are all available to order now. The Marauders and Rebs will be available in a few weeks time!