Today we speak to … Steve Evans

Hi, I am Steve Evans, a fifty something year old from Bristol in the UK. I have been gaming in some form or another for over forty years. First dabbling in Dungeons and Dragons, with a group of friends at the age of eleven.

I have always been interested in military history, building air-fix models and watching war films as a child. This peeked my interest and led me into the war-gaming community. I continued to play with friends and then joined the Bristol BigUns gaming club, where I have been an active member for over twenty years. 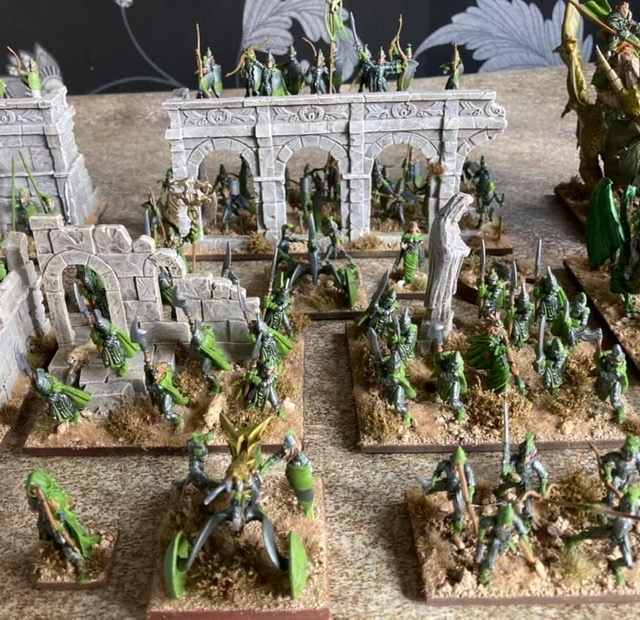 I was first introduced to Mantic Games, when a couple of club members were playing 2nd edition Kings of War- having played all eight editions of another “well known” fantasy battle game, this looked like a perfect alternative. How right I was!

Although, Kings of War is the game that dominates most of my time, I also own and play Vanguard, Deadzone, Dreadball, Mars Attack, Star saga and Dungeon Saga.

What is your favourite Mantic game and why?

My favourite game has to be Kings of War. For me personally, it is the rank and flank, fantasy, mass battle game I have always wanted. The rules are easy to learn but hard to master. The factions provide plenty of variety and the yearly Clash of Kings supplement, keeps the game fresh. 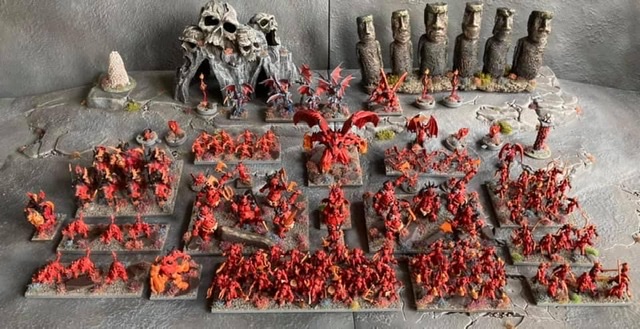 What is your favourite faction or army and why?

It is difficult to choose a favourite army, as I have amassed (at last count) nineteen armies but if I were pushed to make a decision, it would be my Emperor of Dust army. I love its aesthetics and really enjoy its playing style.

Favourite Mantic miniature has to be the Abyssal Dwarf Supreme Iron-Caster on Great Winged Half Breed. It was this model, which first drew me into collecting the Abyssal Dwarf army as my first Kings of War army. Even though this model is one of the older models and some may consider the mixed material* as old school, I still love the design, the style and its sheer presence on the gaming table.

*edit: as part of our “metal to resin” 2022 project you’ll all be excited to hear that this model will be making the switch. we asked the Winged Half Breed what he thought of it and he said “it will be a real weight of my shoulders”… 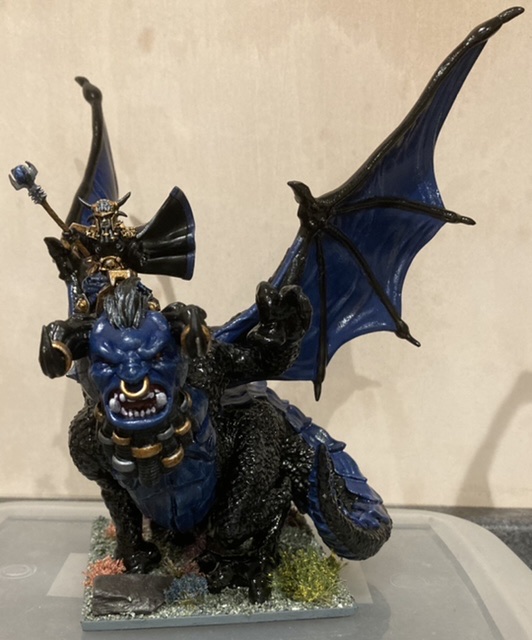 On my painting table, at the moment, is a heavily zombie themed undead army. I have 1,500 points completed and am on target to have a finished 2,300 point army in time for an event I’m hoping to attend in February.

Future plans-I am going to take a break from collecting and painting another Kings of War army after this one and take a look at Deadzone 3rd edition. I have had my beloved Plague for a while and not yet had a chance to play, so feel it is about time to give it a go. 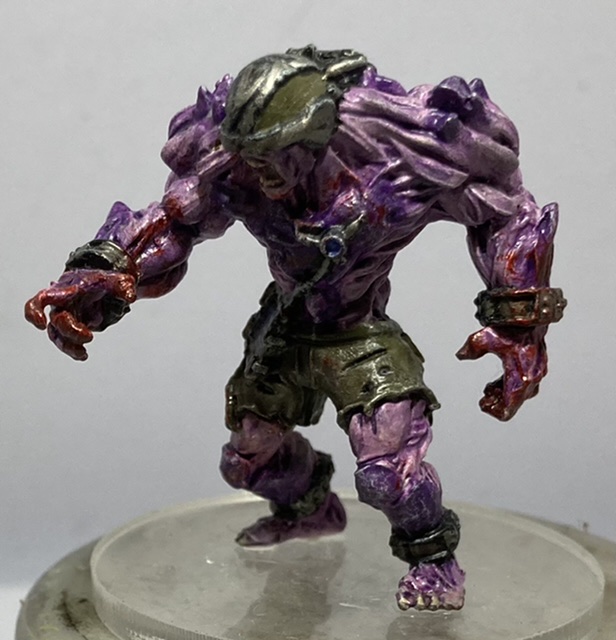 And finally and opportunity to plug your local club, events or anything you’d like.

As I mentioned before, I am a member of the Bristol BigUns. We meet every Sunday evening, from 6:00pm in Iron Acton hall, just on the edge of East Bristol. New members are always welcome and details are on our Facebook page and on our website.

Just for fun, I also run a YouTube channel and Facebook group under the pseudonym Lazy Pirate Painting  and co-host on Play Nice Radio podcast,  which we try to produce monthly.

The only event I am currently involved in is Explodicon, headed by Exploding 8  and is due to take place March 2022. It is a Mantic themed event, running multiple systems over several days and will be held at Entoyment in Poole, Dorset.

Check back next Monday for great another instalment.

An ancient empire punished for its hubris and fall into chaos. The cursed peoples of the Ahmunites are now a nightmare that haunt the parched, unforgiving lands of the south.

Zombies are the rotting, shambling corpses of the recently dead; plucked from their rightful rest by the foul machinations of necromancy. Mindless, drive only by the need to feed, these awful creatures are found in all undead hordes, unleashed to destroy and dismember by their dark masters.

Vanguard gives you the chance to explore the world through the eyes of an elite Warband. Whether they are tasked with plundering an enemy camp, burning their stores, stealing information or the assassination of an enemy commander, the scouting parties of the vanguard are always in the thick of the action, operating alone and in the greatest of danger.

This 2-player set is ideal for you and you opponent to begin building your warbands and creating their stories. As well as all the dice, rules and superb Mantic miniatures in the box, the full latest warband profiles are provided for both the heroic Basileans and the menacing Nightstalkers.