The Walking Dead: All Out War – No One Stands Alone Expansion

Welcome to No-One Stands Alone, a solo play expansion which uses your collection of The Walking Dead: All Out War miniatures to simulate a Player vs Player battle using a new AI system to command the opposing Survivor group.

This expansion builds upon the rules set out in Prelude to Woodbury and introduces rules for battling an opposing team of Survivors to your solo games. The opposing team can be set up exactly as if you were playing a PvP game of All Out War, using basic AI to determine how the opponent’s Survivors will behave.

REQUIRES THE WALKING DEAD: ALL OUT WAR CORE GAME AND PRELUDE TO WOODBURY TO PLAY. 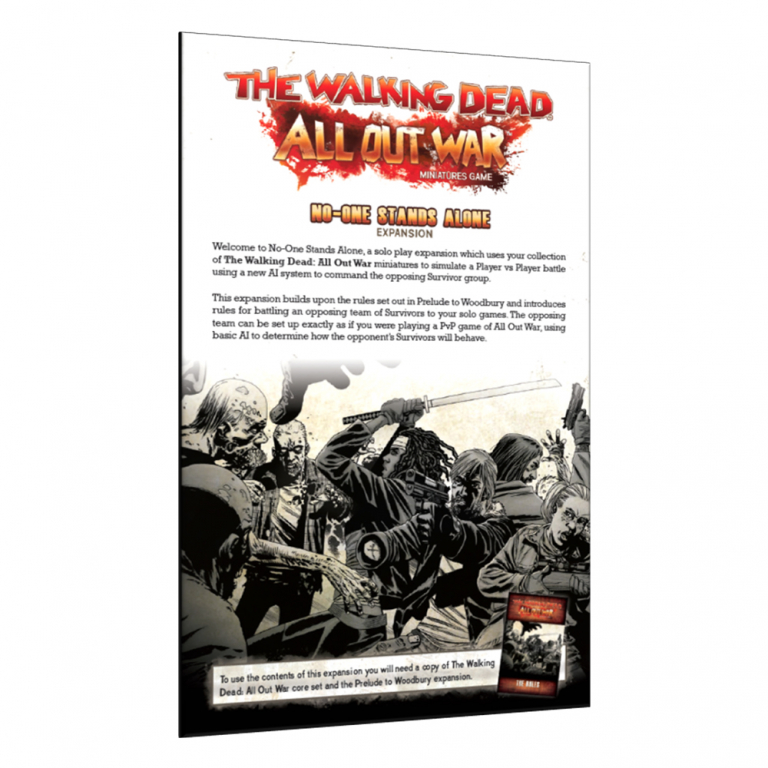 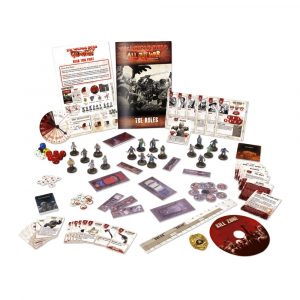 The Walking Dead: All Out War Miniatures Game Core Set

All Out War is a game of fast-paced, head-to-head skirmishes in the world of The Walking Dead. Assemble a group of your favorite characters from... 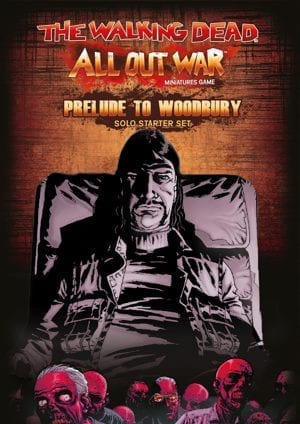 All Out War is a game of fast-paced, head-to-head skirmishes in the world of The Walking Dead. This is gaming as it should be –...