A tidal wave of Trident Realm of Neritica releases has just hit the Mantic Games website. From today you can now order the starter army and Mega Forces, alongside individual units: Riverguard Troop, Riverguard Captain, Thuul Troop, Thuul Mythican and a Gigas Regiment.

An exciting aspect of the Trident Realm of Neritica is that two of the releases will be the first from our new in-house resin production unit. The Thuul Troop and Thuul Mythican will both be released in resin. We’ll have more details on the resin department next week, so stay tuned to the Mantic Blog! Anyway, without further ado, let’s take a look at the new units…. 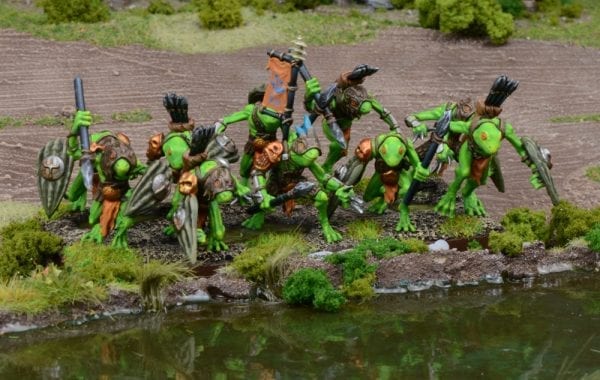 With a speed of six, Fly and the Pathfinder rules, these are the units you can send ahead of the main battle lines to claim those all-important objectives and start disrupting the enemy in the early turns. Having Fly may seem like an unusual choice for these, however, it’s meant to reflect their ability to leap over the enemy, turn around and then shoot them in the back with throwing weapons. They also have Vicious, which means you can re-roll any ones when rolling to wound an enemy. Pre-order the Riverguard Troop here! 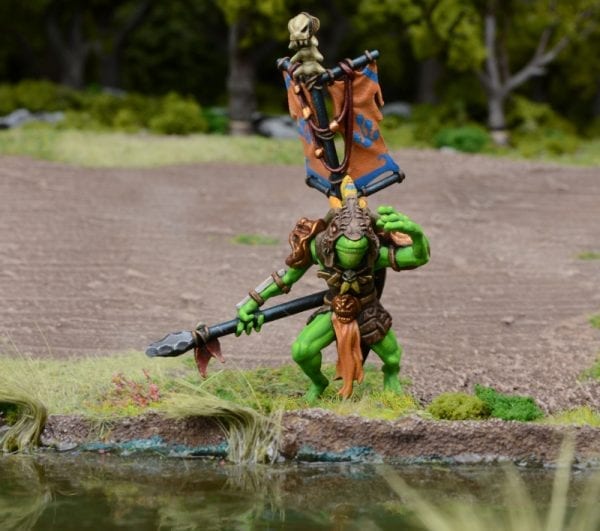 Again these are speedy little units that could make useful war machine hunters. Going at the double, these chaps could sprint a whopping 12-inches, which means they’ll be across the other side of the board in no time. The Captain’s defence of 5+ isn’t too shabby either. Pre-order the Riverguard Captain here! 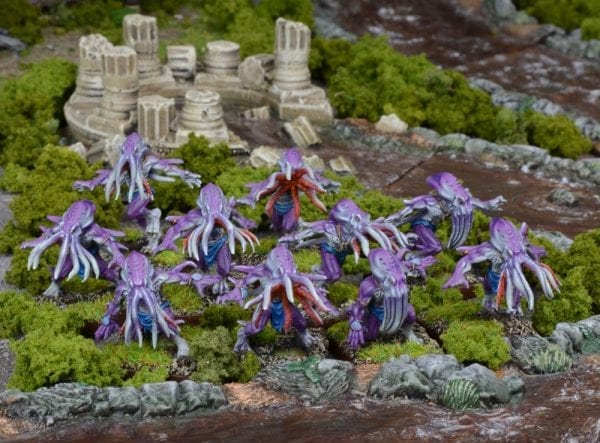 Seriously, who doesn’t want a cross between a Halfling and an octopus in their army? Need we say more? Ok, you’ve twisted our arm. Initially the Thuul’s defence of 3+ may make them look like chaff but upon closer inspection of their stat line, you’ll see a troop has 15 attacks (20 attacks for a regiment) and hit on 3+. Keep these safe in the early turns and they can definitely do some damage as the battle progresses. Pre-order the Thuul Troop here! 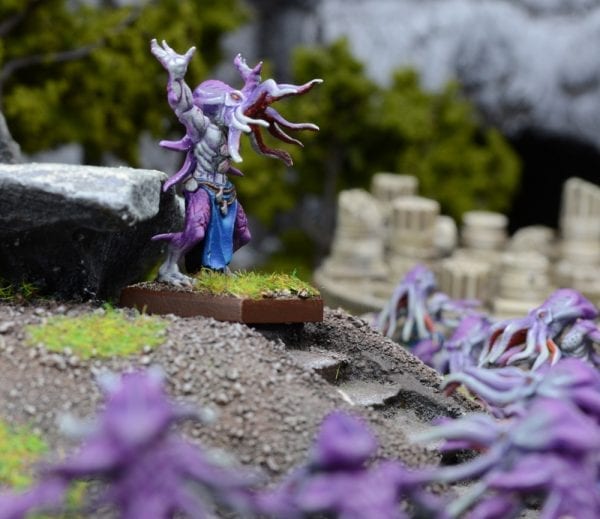 The Mythican is the Trident Realm of Neritica’s magic user with options for Lightning Bolt, Wind Blast, Surge and Bane Chant. However, the Mythican’s magic abilities may hide the fact it’s also pretty handy in combat too. Again the Mythican hits on 3+ and has five attacks but as an added bonus it has Crushing Strength (1), so can potentially pack a punch when you’re in a tight spot. Its combat prowess could come as a surprise to an unwitting opponent. You would be Thuulish to underestimate them (sorry, we were contractually obliged to write that at some point). Pre-order the Thuul Mythican here. 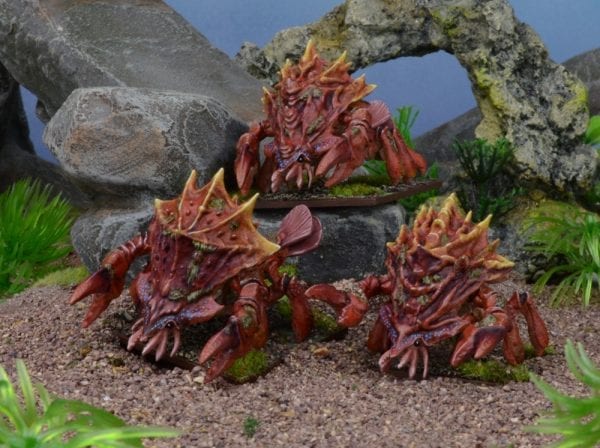 The Gigas are your slow, but steady shock troops. Unfortunately due to their slow speed of four, it’s going to take them a while to lumber over to enemy. Thankfully they have got the Big Shield special rule though, which means their standard 4+ defence is raised to 6+ when defending against attacks from their front arc. When they do make it into combat, then prepare to watch them tear the opposition apart thanks to Crushing Strength (3) and a melee stat of 3+. Their claws are a real can opener, so all those 6+ defence units better be carefu! Pre-order the Gigas here!

So there you have it, the first individual releases for the Trident Realm. What do you reckon? Any favourites in there?